With January almost gone it is perhaps a little late to be setting out genealogy goals for 2016. However this will be my first article of the year, and I did write these goals (on the back of an envelope!) at the beginning of the month, so I am going to share my ‘direction of travel’ for the rest of the year.

For 2015 I set myself 10 genealogy goals which were mostly very specific and easy to measure. In my review of how I did, towards the end of December, I also considered how I might take things forward in 2016. I have not been idle since then (as followers of my Atcherley.org.uk Facebook page will know), but for various reasons I have not been as productive as I would like to be this year and I suspect that may remain the case for a while longer. My genealogy goals for this year are therefore fewer in number, and a lot less ‘SMART’ than they were last year. They fall into three categories: Research, Website, and Giving Back.

Goal 1: Make full use of the 1939 Register (and electoral registers) in order to find out more about the Atcherley family members who were living in the second half of the 1800s and the first half of the 1900s

I have already made progress with this goal, having paid a second visit to The National Archives at Kew for the sole purpose of viewing more 1939 Register entries. As Findmypast has since announced that access to the 1939 Register will, from 16 February 2016, be part of their 12 month full UK or World subscription packages, I will soon be able to use this amazing source of information without paying for expensive credits or taking trips to Kew. Findmypast also has around 500 results for Atcherley in its collection of historic electoral registers which I have yet to explore fully.

Goal 2: Make greater use of wills written by Atcherleys and members of allied families to reveal, and share, the Atcherley family stories they contain

Thanks to the Prerogative Court of Canterbury wills at Ancestry, Diocese of Lichfield and Coventry wills and probate records at Findmypast, and wills from Welsh Dioceses on the National Library of Wales website, I already have copies of many Atcherley wills, and others, for the years up to 1858. I need to do more with these, by making transcripts and/or abstracts, and sharing the information within them via this website (also via the Probate Index of the Guild of One Name Studies). I want to start exploring post-1858 wills too, which (for England and Wales) can be ordered via Find a will or probate at the Gov.UK website.

Goal 3: Order more BMD certificates to ‘fill in gaps’ and add to my knowledge about how the Atcherleys lived – and died

The General Register Office (GRO) of England and Wales is – with the speed one would expect from a Government body – working towards making birth, marriage and death registrations available to researchers in new (and hopefully less expensive) ways. It is likely to be quite some time before we see changes agreed on and put into effect, so there is little point holding back from purchasing BMD certificates which are likely to provide information which is unlikely to be found elsewhere. I intend to identify and add to my collection at least 10 certificates during the course of 2016, not necessarily restricting myself to those from the GRO (like the one from which the extract shown below is taken). I have in fact, during the course of writing this, ordered and downloaded a copy of the Victoria, Australia, marriage register entry for Stephen Atcherley and Louisa Hobday!

Goal 4: Explore in more detail my own genetic genealogy and that of the Atcherley family

I wrote about my first foray into the world of DNA and genetic genealogy back on 2 June 2015, and launched the Atcherley Surname DNA Project a few weeks later on 15 August. Since then, I have accumulated many interesting matches for my own DNA, and there have been some very interesting developments in the Atcherley Surname DNA Project. Now I want to see if I can push things to the ‘next level’. In respect of my own DNA results, I need to start looking at autosomal DNA triangulation to see if I can match some of my DNA segments with particular ancestors (persuading some known descendants of those ancestors to take autosomal tests would help enormously!). And for the Atcherley DNA project, I need to recruit more participants, and not just men with the surname Atcherley. Men with the surname Atchley, it seems, may also have a part to play.

This was my goal last year, and although I exceeded it there were many things that helped, such as having a lot of unused annual leave to take, and the good fortune of finding the many different pieces of Robert Atcherley Taylor’s amazing story to weave into a seven part epic. Given my slow start this year, another 30 articles / stories may prove to be a challenge. I will count extensive rewrites of existing articles towards the total (and have two or three such rewrites in mind). As for subjects, there are many existing stories in need of sequels, and even prequels. There are still quite a few World War 1 – and World War 2 – stories to write; some of the latter may be inspired by findings from my 1939 Register research. And while it is easier to find stories about Atcherley men, and to write stories about the Atcherleys who led particularly interesting lives, I want to ensure that the Atcherley women are not ignored, and that the Atcherleys who led ‘ordinary’ lives are remembered too.

Goal 6: Double the number of people in the Atcherley Family Tree

One of my reasons for adding the Atcherley Family Tree to Atcherley.org.uk was that it gave me scope to add many more people besides the Atcherleys – including descendants of females lines, and families of spouses – without having to manually add a huge number of additional pages to the site. Currently (30 January 2016) the tree has 798 people, of whom 538 were born with the surname Atcherley. I have 5900 people in my offline, extended Atcherley family tree on RootsMagic, so there is plenty of scope to add to the online tree! Let’s see if I can get the number in that online tree up to 1600 or thereabouts by the end of December.

Last year, in an attempt to be less of a taker and more of a giver of free family history stuff online, transcribed 1,000 names from photographs of gravestones at Billion Graves. Having bought a decent smartphone and downloaded the Billion Graves app, my aim is to start adding my own images to that website this year. 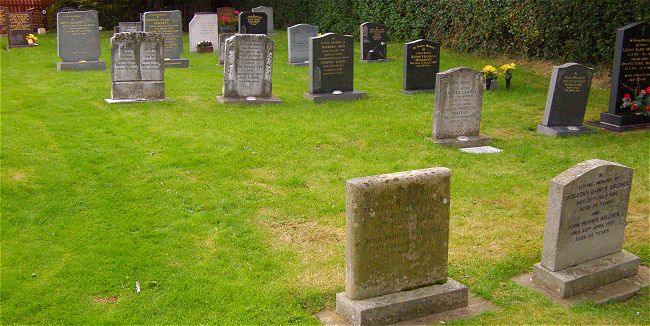 Goal 8: Contribute to the journal of the Shropshire Family History Society

One of my 10 goals for 2015 was to re-join the Shropshire Family History Society. In noting that this goal had been achieved in my December update, I added: “Maybe in 2016 I will contribute to the society’s journal?” So now I have made doing this a goal for 2016. Of course, achieving my goal will depend on the SFHS accepting what I offer them!

On my original, back-of-an-envelope list of genealogy goals for this year, I included “Do less family history!” The reasoning behind this was to make it an official goal to ‘get out more’ and recharge my batteries by taking a break from researching and writing. It’s really not a genealogy goal, quite the opposite in fact, so I’m not including it as one here. But, despite my dodgy knee and somewhat arthritic back, my seemingly incurable addiction to family history, and my challenging goal of writing 30 more articles for this website, I will try to tear myself away from the computer screen and enjoy the sights and sounds of the local countryside more often in 2016!