This page, based on my profile page at the Guild of One-Name Studies website, provides an introduction to the surname Atcherley with links to stories and articles on this website and elsewhere.

Origin and meaning of the surname Atcherley

Atcherley has been described as a “good old Shropshire name” and certainly has strong roots in that county. It has been suggested that it is a locative surname, derived from a lost village or settlement, but I believe that the settlement was probably a farmstead and that it is not lost! To find out more, see A good old Shropshire name (the first of a series of three articles in which I investigate the origins of the Atcherleys).

As it was derived from a place name, the Atcherley surname’s meaning is shared with that place. The suffix ley is from the Old English leah, a woodland clearing, while Ach / Atch is possibly derived from the Old English words ash (ash tree) or ac / acc (oak tree or acorn). So we have a surname which was taken from place which was probably a clearing in an ash or oak wood. (See Wikipedia’s List of generic forms in place names in Ireland and the United Kingdom).

Variants of the name

Acherley was a common variant of the Atcherley surname in the past (particularly in the 1600s and 1700s). Another frequent variant right up to modern times is Atcherly. A combination of the rareness (and therefore unfamiliarity) of the name and variations in old handwriting means that Atcherley is often transcribed incorrectly from parish registers, census schedules, passenger lists and birth/marriage/death records. As a result, Atcherley records can sometimes be difficult to find as they are often Lost in transcription.

The surname of one of the earlier and more prominent members of the family, Roger Atcherley (Lord Mayor of London from 1511) was typically written as Acheley or Achelley (see Roger Acheley, Part 1 – Alderman, Sheriff, and Lord Mayor of London). This variant (with many similar ones including Achley, Atchly, Atchley, Atcheley, and Achelley) can be found in some of the parish registers of south Shropshire (Ludlow and some nearby townships) and also London in the 1500s and 1600s. These surname variants are not yet part of this study, though I have little doubt that those who bore them were part of the family (see DNA below).

Historical occurrences of the name

The Atcherley family, although a small in size, has included a good number of notable members through history. The above-mentioned Roger Acheley was an alderman who was also elected sheriff of Middlesex and London in 1504 before he was chosen to be Lord Mayor of London in 1511. He “filled several civic offices of high trust with distinction” before his death in 1521.

Another Roger, Roger Acherley, baptised 23 Dec 1662 at Baschurch in Shropshire, was a noted lawyer of the Inner Temple. He wrote a number of books including The Britannic Constitution, published in 1727. Roger presented a copy of his book to the King, who (according to reports in the Daily Journal) received it ‘very graciously.’ (See The constitution, the monarchy, and Counsellor Roger Acherley.)

The Rev. James Atcherley is best known as the headmaster of Shrewsbury School from 1770 to 1798. However a number of authors have described this period as one of decline during which the school’s fortunes (and the number of its pupils) reached their lowest levels! My story of James’s life and times begins with The Rev James Atcherley, Head Master of Shrewsbury – Part 1.

James Atcherley’s youngest son, also named James, was notable for being a Captain in the Royal Marines who, during the Battle of Trafalgar in 1805, took the surrender of the French Admiral Villeneuve. See An Atcherley at Trafalgar for more details.

Perhaps the most famous Atcherleys were the ‘flying twins’ of the RAF, Air Marshall Sir Richard Llewellyn Roger Atcherley and Air Vice Marshall David Francis William Atcherley. Richard, popularly known as Batchy, was the most prominent of the two, known for setting air speed records while competing in the Schneider Trophy Air Races in 1929, for winning the King’s Cup Air Race during the same year, and for his displays of ‘crazy flying’ at the Cleveland Air Races in the USA in 1930, ’31, ’32 and ’34. Less well known are his contributions to the development of night landing and air refuelling systems. For photos of Richard and David, with links to stories about them elsewhere on this website, see Richard (“Batchy”) and David Atcherley. 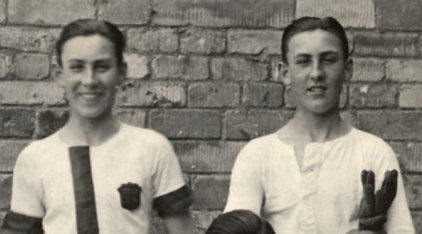 Distribution of the name

Though historically the Atcherley family was primarily based in Shropshire, there are no Atcherleys remaining in that county today. The 1800s and early 1900s in particular saw many members of the family migrating to other counties including Cheshire, Lancashire, Pembrokeshire, Staffordshire, Surrey, Warwickshire and Wiltshire. A few Atcherleys emigrated and took up residence in Africa, America, Australia, Canada and New Zealand.

On the Surname maps page of this site, you can see maps showing the distribution and frequency of people with the Atcherley surname in England and Wales in 1841, 1881 and 1921.

The surname Atcherley is uncommon, with only around a hundred bearers alive at any one time in the last couple of centuries. Data from the Office for National Statistics, dating from 2002, show that Atcherley was then ranked 33,994 most frequently occurring out of a million-plus surnames on record for England, Wales and the Isle of Man (search for Atcherley at Surnames of England and Wales – the ONS list). The Forebears website meanwhile states that worldwide, Atcherley is the 1,847,619th most common surname. 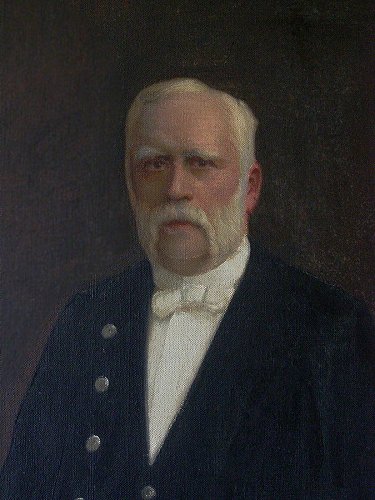 Pictured here (right) is John Atcherley Jebb who was, at the time when this portrait was painted, High Sheriff of Breconshire (he later served as Mayor of Brecon). He was a son of John Jebb and his wife Martha, née Atcherley.

During the course of my research I have extracted all the Atcherley records and references I have been able to find in parish registers (from online databases / transcripts and from copies of original registers at Shropshire Archives); registers and indexes of births, marriages and deaths (England and Wales, Australia, Canada, New Zealand and USA); census schedules (England and Wales, Canada, and USA; for abstracts see Censuses etc); electoral rolls (particularly Australia); wills and probate calendars (see Wills etc for a list of known Atcherley wills and administrations); historical directories (for UK abstracts see Trade and Street Directories); marriage bonds and settlements; books and periodicals (particularly through Google Books and the Internet Archive); newspapers; and many other sources. I have also gathered similar data for many of the female lines of descent in which the Atcherley surname was lost through marriage.

More recently DNA has become a source of data for genealogists, in the form of matches between different people who have had their Y-DNA (the male sex chromosome) or autosomal DNA tested for genealogically relevant markers. For more information see the DNA page on this site, and the series of articles beginning with Putting the genes into genealogy – Part 1.