The patriotic action of four brothers in joining the Royal Engineers should be a fine example to the young men of the city. These brothers are William Clive Atcherley, Clifford Robert Atcherley, Eric Graham Atcherley, and Major Cecil Atcherley. ‘These four brothers,’ says the medical recruiting officer,‘have all joined during the past fortnight. They are a credit to the force and to their parents.’ Seventy thousand men are still needed, and young men should not fail in their duty at this hour. 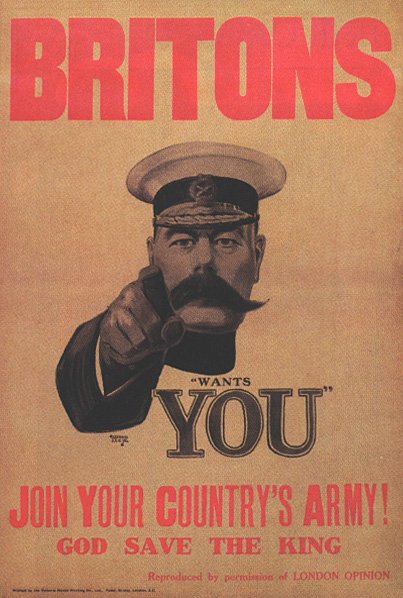 The four surviving sons of William Henry Atcherley and his wife Charlotte (née Shakeshaft) were quick to answer the call to arms made when Britain went to war in 1914. Three of them enlisted with the Royal Engineers on the same day, 7 September 1914, receiving consecutive Regimental Service Numbers: 48160 Eric Graham Atcherley [

] (Major was his first name, not his rank!) followed suit within days, receiving Service Number 50174.

Service records (or more accurately, pension records) have survived for only one of these four brothers – Clive – and they have only come to light recently as a result of the excellent digitisation and indexing work carried out by Findmypast (his papers are missing from the WW1 Service and Pension records at Ancestry). Several other sources of information relating to the wartime service of William and his three brothers are also available. Together these provide insights into what happened to our Atcherley ‘brothers in arms’ during the war, their circumstances at the end the conflict – and even their working lives and leisure activities before they joined up.

Home for the Atcherley family when Britain entered the war was Broom Hall (or Broomhall) off Shirley Road in the Hall Green district of south-west Birmingham. Rate books and other records show that the family had moved there not long after the census of 1911, at which time 15 College Road in Moseley was where most of the family resided. The four Atcherley brothers, however, enlisted in the city of Coventry. This was where at least two of the boys were working, and perhaps lodging.

“E. Atcherley”, a tinsmith (Eric was a plumber’s assistant in 1911), was included in a Roll of Honour for Humber Ltd published in December 1914. The Roll for Charlesworth Bodies Ltd published the following month included “C. Atcherley” – almost certainly Cliff, who in 1911 was a cycle assistant. Clive, who had had been working as a coach builder since at least 1911, was employed by Austin Motor Company at Longbridge in Birmingham. I have yet to discover what employment Major was engaged in but I suspect that, despite being a chemist’s assistant in 1911, he too was working in the automotive industry by 1914.

The four Atcherley brothers also shared a love of cycling and athletics. On 24 Nov 1916 the Birmingham Daily Post reported: “There were four brothers Atcherley—Cliff, Clive, Eric and Major—who all belonged to both Sparkhill Harriers and the Midland Cycling and Athletic Club, and all have gained fame in the war.”

Although the brothers all apparently “gained fame” during the Great War (the Birmingham Daily Post gave only the briefest details of how one of the four achieved this), they did not all gain medals. For a long time I was puzzled as to why The National Archives held Medal Index Cards for Cliff, Eric and Major Atcherley, but not for Clive. The cards for Clive’s brothers show that the trio served in France, and that their “date of entry therein” was 26 August 1915. Surely Clive went with them? Perhaps his Medal Index Card was lost?

The release of William Clive Atcherley’s World War One service records by Findmypast answered my questions. Unlike his brothers, Clive did not serve in a theatre of war (which ruled out an award of the Victory Medal). In fact his entire period of service during the Great War was spent within Great Britain (overseas service was required for the British War Medal).

The fact that Clive did not serve overseas does not mean that he evaded danger. Quite the opposite was true, for it was in effect a war injury that preventing him from going to France with his brothers. That injury was not the last that Clive suffered. The service records of William Clive Atcherley reveal a fascinating tale.

A copy of Clive’s attestation form does not form part of his surviving WW1 records. Other forms do however give details of Clive’s circumstances at the time when he joined up. William Clive Atcherley, aged 29 years and 90 days, born at “Moretown” (Moortown) in Shropshire, a coach builder and wheelwright, attested at Coventry on 7 September 1914 and was mobilised the same day, serving with the Royal Engineers. He was at that time unmarried, his doctor was Dr. Gordon, of Stratford Road, Sparkhill, Birmingham, and his National Health Approved Society was the Prudential Assurance Company (Sparkhill branch).

Along with his brothers, Clive joined the 101st Field Company of the Royal Engineers. This company was initially part of the 32nd Division but on 1 February 1915 it transferred to the 23rd Division, then based at Shorncliffe, Kent. Clive had already been promoted to lance rank by this time, back on 17 November 1914, and he was promoted again, to Sergeant, on 12 April 1915.

At the end of May 1915 the 23rd Division moved to Bordon, Hampshire, but did Clive go with them? His records show that from 28 May 1915 he was with the No. 4 Depot Company of the Royal Engineers, but I have been unable to find out where that company was based. By 12 August it appears that he was in Lincolnshire, as his “Statement as to Disability” form includes the following brief but alarming statement: “Blinded at Bourne on 12th Augt 1915 result of Bomb explosion.” 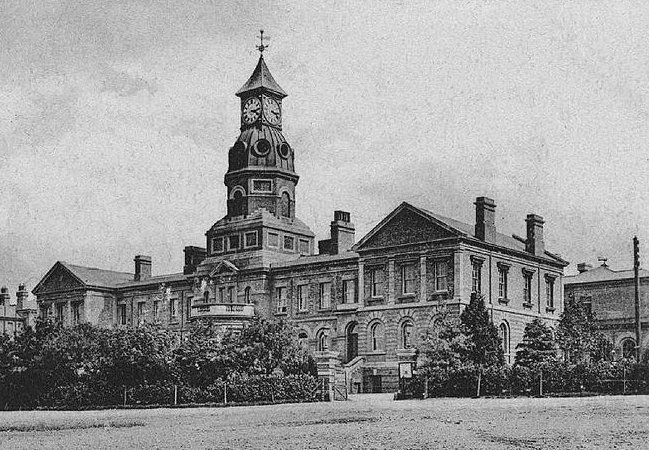 Clive’s war records provide no further details of the accident or its effects, although there is a reference to him attending “Cambridge Eye Hospital” at Aldershot (presumably the Cambridge Military Hospital, pictured above). Fortunately, the Cycling Notes column in the Evening Despatch of 16 September 1915 fills in some of the gaps:

Sergeant Clive Atcherley, a member of the Royal Engineers and the Midland C. and A. C., who lately sustained severe injuries to his eyes owing to the untimely explosion of a practice bomb, asks me to gratefully thank the many friends who have written him such welcome letters, and to assure them that he is progressing favourably. He is out of hospital and home for a short leave of absence, and goes about cheerily, with the aid of a stick and a faithful hound who has ‘tumbled’ to the situation in quite an astonishing way. He hopes to be back again on service in a few weeks time, though his disappointment at being compelled to stay at home while his comrades went abroad was keen and deep. He speaks very highly of the skilful treatment he received, and his friends will be delighted to know that the accident did not disfigure him.

Sergeant Atcherley volunteered twelve months ago, with his three brothers, and they were all as fit as fiddles prior to the casualty. He is a cyclist of considerable repute, and a very popular member of the M.C. and A.C. and the Sparkhill Harriers. His friends will appreciate why he has not been able to answer their letters; hence his acknowledgement to some dozens of comrades.

It was rather more than a few weeks before Sergeant Atcherley was “back again on service”. On 9 December 1915 a report from the Medical Board of the Royal Engineers Depot at Newark declared him temporarily unfit for one month. It appears therefore that Clive returned to duty in January 1916. It was very likely because of ongoing problems with his eyes that Clive was never posted overseas. A medical examination on 12 January 1919 found that Clive was suffering from functional amblyopia, with a “marked latent divergence” in both eyes.

Clive was transferred from No. 4 Depot Company to No. 10 Depot Company, at Newark on Trent, Nottinghamshire on 12 August 1916. Just before this happened however, a rather more significant event had occurred. On 6 August, William Clive Atcherley and Winifred Mary Randle (pictured below) were married at St Mary the Virgin, Sellindge, Kent. I would love to know where, when and in what circumstances the couple met. Winifred and Clive’s first child, Victor Clive Atcherley, was born in Kent on 10 May 1918. 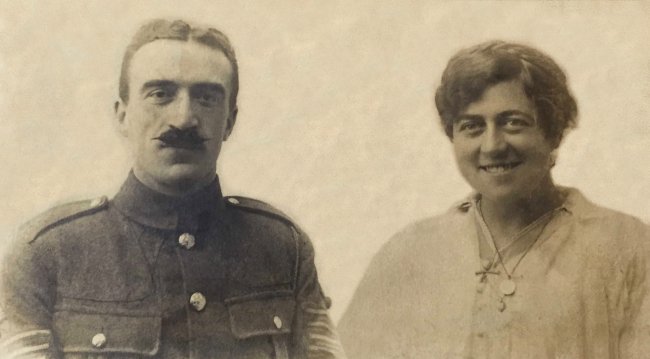 From No. 10 Depot Company, Clive was transferred to D Company of the 3rd Reserve Battalion of the Royal Engineers, also based at Newark, on 7 October 1916. It was during Clive’s period of service with that Company that his second injury of World War One was sustained, as a result of a rather bizarre accident.

On 11 March 1918 Clive was run over by a roller, pulled by two horses, on a cricket field. He was admitted to the Military Hospital at Newark suffering from a contusion of the back. No bones were fractured, but for a while Clive suffered from some “bleeding from urethra and retention of urine.” He was discharged from hospital on 13 April 1918 and although fit for duty, he was still experiencing some pain on passing urine in 1919.

Clive’s final posting of the Great War, on 9 July 1918, was to the 553rd (Aberdeen) Works Company. On 20 February 1919 he was transferred to Class Z Army Reserve and returned home to Birmingham.

William Clive Atcherley would remain in Birmingham for many years, raising, with Winifred, two children – and running a successful coach (car body) building company for which he is still known today. That story must wait for another time. As must the conclusion of the stories of Clive’s brothers in arms, Cliff, Eric and Major, during World War One.