< Back to The widowed Ann Atcherley and matters pecuniary.

], a perfumer and hair dresser from France. Camille’s life in the city of Bath was, to put it mildly, not without incident.

Camille Breton probably arrived in England some time in the early to mid-1850s – after the census of 1851 was taken, but before the following notice appeared in the Bath Chronicle and Weekly Gazette of 4 October 1855: 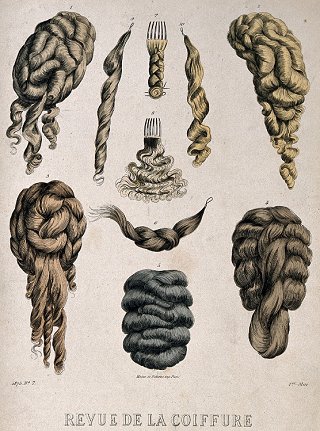 DEPOT FRANCAIS,
9, CORRIDOR, BATH.
Messrs. CAMILLE, BRETON, et BEAUPIN,
LATE of 18, UNION STREET,
HAVE the honour to announce to the Nobility and Gentry of Bath, and its Vicinity, that they have OPENED the ABOVE ESTABLISHMENT as HAIRDRESSERS and PERFUMERS.
The Advantages offered by Messrs. B. B. are their many Years’ Experience in the First-rate Houses of Paris, as Hair-Dressers and Wig Makers.
They guarantee every article of Hair well-made, and of the Best Style, being Manufactured by themselves, an advantage that cannot be offered by houses which are obliged to engage and trust to Workmen often deficient in the knowledge of their trade. The Working of Artificial and Natural Hair, as well as the Treatment of its Maladies is quite a Science, and has been Studied by Mons. Camille at the Academy of Medicine at Montpellier.
Messrs. B. B.s PERFUMERY will be found of the Best Quality, being prepared with the purest ingredients, one trial of which will prove its superiority.
An Assortment of Wigs, Front Hair, Plaits, Hair, Tooth, and Nail Brushes, and Combs, of every description, at Moderate Prices.
9, CORRIDOR, Bath.
An APPRENTICE WANTED.

(The first comma in the third line of this notice, which made Monsieur Camille Breton appear to be two people rather than one, was an error.)

Messrs Breton and Beaupin were evidently working in Bath, at 18 Union Street, before they opened their establishment at 9 Corridor, but I have found no mention of them prior to the above notice. I have however found that Depot Francais was first opened in 1850, at 11 Corridor, by “Mademoiselle Healey (from Paris)”. Mlle Healey offered for sale “all kinds of French Essences, Soaps, Eau de Cologne, Bear’s Grease, Circassian Cream, Pâte á Amandes, &c.”, along with “a splendid assortment of French and English Hair, Nail, and Tooth Brushes, Tortoise-shell Combs, Hair Nets, Hair Preservers, Writing Desks, Dressing Cases, &c., together with every variety of Stationery” and a “New and Safe Liquid Hair Dye, warranted to dye the Hair and colour in ten minutes.” The 1851 census shows Jane Healey, a 27-year-old single woman born in St Malo, France, working as a perfumer and living at 11 Corridor in Bath.

Later in 1851, Depot Francais moved to 18 Union Street (on the corner of the Corridor) and in advertising her new establishment, Mlle Healey included details of a new service: “Ladies and Gentlemen’s Hair Cut and Dressed in the newest Parisian style. Mademoiselle Healey having engaged one of the finest Hair Dressers in Paris, informs those Ladies and Gentlemen who may honour her establishment with their patronage, that it cannot be surpassed in London or Paris.” Was Camille Breton the hairdresser from Paris? If not, then he must have joined the business at some point over the next three years.

In 1855 Jane Healey married Mr Thomas Barry, who then became the proprietor of Depot Francais. He did not remain so for long though. The Bath Chronicle of 6 September 1855 included notice of the sale, by auction, on 13 September at 18 Union Street, of the “Perfumery, Desks, Dressing-Cases, Shop Fixtures, Household Furniture, and General Ornamental Effects of Mr. Barry”, who was “retiring from the Business.” Curiously another notice in the next edition of the paper, published on the day of the proposed auction, advised that the sale would not take place. I suspect that Messrs Breton and Beaupin, who had been working at Depot Francais, made a private offer to take over the business. 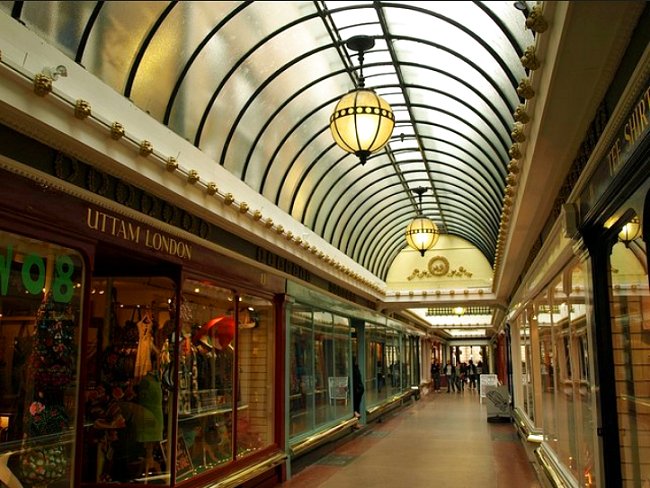 As we have seen, “Messrs. B. B.” ‘set up shop’ at 9, Corridor (pictured above in 2008). The Corridor was Britain’s first provincial shopping arcade, opened in 1825 to emulate those established in London, which had themselves been modelled on the covered, high-class shopping centres of Paris. Which leads us nicely on to the next advertisement placed by Breton and Beaupin in the Bath Chronicle, from December 1855 through to March 1856:

Coiffeurs Français,
No. 9, CORRIDOR.
Messrs. CAMILLE BRETON & BEAUPIN
HAVE just returned from Paris with large Assortment of the best PERFUMERY; also the Newest Style of Hair Dressing for Balls or Concerts, and Dining Parties.
Messrs. B. and Co. are the Inventors of the New HAIR PARTING, and cannot be equalled. Messrs. B. have studied the maladies of the Hair, and are quite competent to undertake its Restoration.
No Connection with any other House.
HAIR DYED.
AN APPRENTICE WANTED.

It was presumably through her patronage of Coiffeurs Français that the widowed Ann Atcherley, née Du Moulin, became acquainted with Camille Breton. I imagine the two of them exchanging pleasantries and having conversations about the weather and fashionable happenings in Bath while Camille attended to Ann’s hair, before those conversations became gradually more personal as the nature of the couple’s relationship changed. 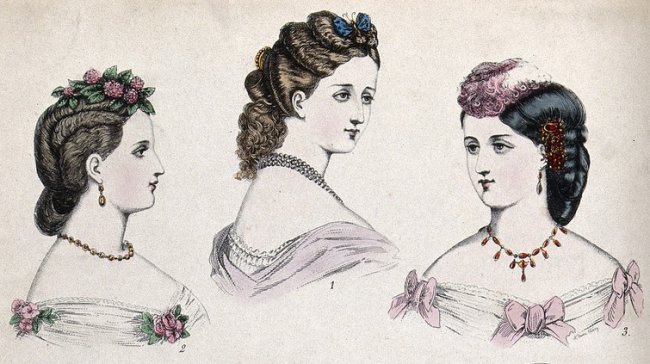 The marriage of Camille Breton and Ann Atcherley – or Ann Du Moulin as she was named in the register before a correction was added (her signature also reflected her maiden name) – took place at Bath St James in 1856. Apart from revealing Ann’s apparent preference for using her maiden name, the marriage register also provide a little information on Camille’s background. He gave his age as 32 (suggesting a year of birth of 1823 or ’24), his marital status as Bachelor, and he named his father as Joseph Breton, a farmer.

Ann and Camille’s marriage was blessed with a child, Robert Camille Breton [

], who was born at the family’s home (14 Henrietta Street in Bath) on Valentine’s day 1857. Robert was baptised at Bathwick a month later on 13 March. His father’s occupation was given as Perfumer, as it had been when Camille married Ann.

By this time, Camille Breton’s partnership with Mons Beaupin had ended – and on the most disagreeable terms! A notice placed in the Bath Chronicle of 18 December 1856 confirmed the dissolution of the “partnership connexion” between Frederick Beapin and Camille Breton, “French Hairdresser and Perfumer.” Elsewhere in the same newspaper, a report on court proceedings provided the background to the split:

Frederick Beaupin was summoned for having, on the 10th inst., assaulted Camille Breton in the Corridor. Mr. Slack appeared for the complainant, and Mr. Bartrum, of the firm of Payne and Bartrum, for the defendant.
Mr. Slack said the assault complained of was a most unprovoked and dangerous one, inasmuch as it was inflicted by an instrument capable of producing mortal results. The parties are foreigners, carrying on the business of hairdressers together at [9], Corridor. A few days ago, there was an action brought against the firm in one of the superior courts for £2 which, together with the costs (amounting to £2 more), was paid by the complainant. On Wednesday evening he asked the defendant to pay half of this sum, [as] well as his share of some taxes which the complainant had paid, making in all £2: 7s. 8d. Defendant said that he wanted a receipt; upon which the complainant went and procured one, and presented the receipt to the defendant, who then said that was not what he wanted. Complainant replied, “What do you want?” upon which defendant lifted the curling tongues he had in his hand and felled his partner to the ground with a blow on the face, just below the eye.
Complainant having confirmed this statement, Miss Henrietta Smith, milliner, of 8, Corridor, stated that, on Wednesday evening, the complainant came and asked her for a receipt stamp, and she directed him to Union Passage. Shortly after she heard a heavy fall on the floor at No. [9], which was followed by cries of “Murder!” She went in immediately; and in the parlour behind the shop she saw the complainant on his back, on the floor, and the defendant on top of him, holding him firmly by the whiskers. The face of the former was covered with blood, and there was a pool of blood beside him. With the assistance of a man named Broad, she released Mr. Breton; but as soon as the combatants were on their legs they rushed furiously at each other, and were only restrained from doing further violence by the people present. […]

Sacré bleu! In January 1857 “Mons. Camille Breton, French Hair Dresser, Perfumer and Wig Maker,” announced that he had removed from 9 Corridor to 16 Union Street; notices to this effect continued to be published until April. Then in September 1857 Camille started placing prominent advertisements on the front page of the Bath Chronicle, “informing the Nobility, Gentry, Clergy, and Inhabitants of Bath and its Environs” that he had “just returned from Paris with a large assortment of perfumery”.

On the evening of Tuesday 26 January 1858, disaster struck: a fire broke out at Camille’s premises in Union Street. Policemen were quickly on the scene with “fire annihilators” and other “fire apparatus”, subduing the worst of the flames. Then they got a fire-hose attached to a plug in the centre of Union Street, “and played away until all was subdued.” The Bath Chronicle’s report on this incident concluded: “Mons. Breton, we understand, is insured. The amount of damage is very considerable.”

In the same edition of the Chronicle which carried news of the fire, Camille Breton placed a notice returning thanks for the expressions of sympathy he had received, and stating that he had made arrangements “To carry on the hair-cutting, dressing, and wig-making, as Usual, At 18, Union Street, two doors below His own Shop, during the Reparation of the Premises”.

The above notice was repeated in the following week’s Bath Chronicle – but after that, I have found no trace of Mons Breton’s name in the Bath newspapers. Nor indeed have I found any trace of Camille, Ann, their son Robert or Ann’s daughter Ann Isabella Atcherley [ 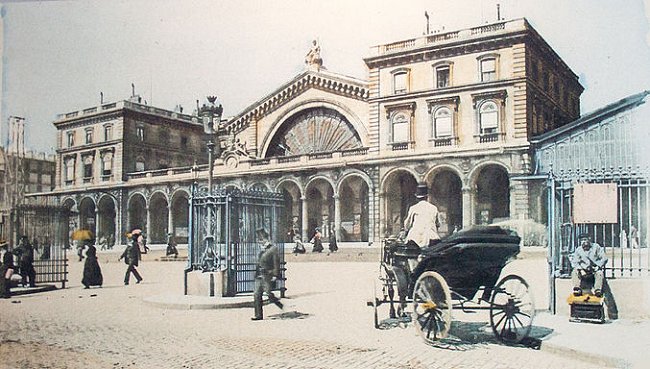