At the end of January last year I set myself 8 Genealogy Goals for 2016, which fell into three categories: Research, Website, and Giving Back.

Even as I put those goals online, I had an inkling that 2016 was not going to be an easy year. Sure enough my old nemesis, depression, came back and hit me rather hard. My main goal from then on was to get through the year, and on the family history front, to do what I could, when I could. So what did I do in 2016, and what are my genealogy goals for 2017?

Goal 1: Make full use of the 1939 Register (and electoral registers) in order to find out more about the Atcherley family members who were living in the second half of the 1800s and the first half of the 1900s

2016: Partially achieved. I certainly made the most of the 1939 Register, before and after Findmypast made full access available to those of us with 12-month subscriptions. In addition to finding all the Atcherleys that I could, I tracked down women who had lost their Atcherley surname by marriage, and many others descended from Atcherleys. 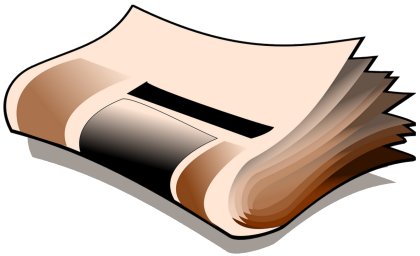 Electoral registers, on the other hand, were a resource I made relatively little use of in 2016 (although they came in handy when I compiled an England & Wales 1921 census substitute). Instead, the increasing number of digitised newspapers available at Findmypast became my go-to source for information on Atcherley lives.

2017: My goal this year is to continue finding and transcribing historic newspaper reports and notices featuring members of the Atcherley family, to build up more detailed pictures of their lives.

Goal 2: Make greater use of wills written by Atcherleys and members of allied families to reveal, and share, the Atcherley family stories they contain

2016: Not achieved. A will formed the basis for my story Richard Atcherley, yeoman farmer of Wolverley, and wills and probate featured in The ups and downs of the last Atcherleys of Stanwardine and The Atcherley-Symes story – Part 1. However, my use of wills during 2016 was minimal and I did not order copies of any post-1858 examples.

Goal 3: Order more BMD certificates to ‘fill in gaps’ and add to my knowledge about how the Atcherleys lived – and died

2016: Achieved! During November 2016 the General Register Office (GRO) for England and Wales trialled a new service, which offered PDFs of already-digitised historic birth and death register entries, sent be email, at a cost of £6 each. I went for this in a big way, ordering and receiving no less than 33 register entries (they are not ‘certificates’ as such, but provide the same information). The vast majority of these were death certificates, one of them giving “Visitation of God” as the cause of death.

2017: Repeat the above (but maybe order a smaller number!) if the GRO brings back the PDF service.

Goal 4: Explore in more detail my own genetic genealogy and that of the Atcherley family

2016: Achieved! An update on my genetic genealogy journey was posted in May last year, see Putting the genes into genealogy – Part 2. Since then, one of my brothers and a third cousin have done autosomal (or family finder) DNA tests, yielding more of our ancestral Atcherley DNA and the matches that go with it. In addition, a second male Atcherley has taken a Y-DNA test, with results expected in late January 2017. Also, an Ashley who is a good match for our first male Atcherley test subject has joined the Atcherley DNA Project at Family Tree DNA.

2017: Continue working with existing DNA results and new ones as they became available to see what they can tell us about the genealogy of the Atcherleys.

2016: Achieved (and then some)! I found writing at any length difficult for much of 2016, but when I could write (and sometimes even when I felt I couldn’t) I worked on Atcherley stories and family history articles and somehow ended up matching 2015’s total of 42 new additions to this website. As for the subjects of my stories, I think I managed to achieve my aims there too, featuring sequels, a prequel, World War 1, World War 2, Atcherley women, and some of “the Atcherleys who led ‘ordinary’ lives”. (See my full list of 2016 stories and articles.)

2017: My immediate goal this year is to have 150 articles / stories online by 25 January, the sixth anniversary of this website’s launch – it will only take 3 more to get to that target. It is tempting to then push for 42 over the course of the whole year given that I managed that total in 2015 and 2016. However there are number of existing stories which need updating with new information and I don’t want to neglect them. So I’m sticking to what has become my usual goal of 30 for the year … with the hope of exceeding that amount again if I can.

Goal 6: Double the number of people in the Atcherley Family Tree

2016: Half way there! A last-minute push in December to make some progress on this goal means that the number of people in the Atcherley Family Tree has increased by just over 50% (from 798 to 1216).

2017: Increase the number of people in the Atcherley Family Tree to 2,000 by the end of the year. (In addition, I need to explore the possibility of creating a replacement online tree using TNG. Currently, the Atcherley Family Tree is powered by Genealone, a plugin for the WordPress system on which this website is built. However the man behind Genealone has not been heard from for some months now. Future updates to WordPress may render Genealone inoperable if the plugin is not updated. TNG appears to be an excellent alternative with good support.) 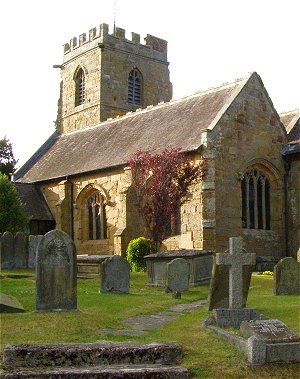 Goal 8: Contribute to the journal of the Shropshire Family History Society

2016: Neither achieved. Depression, and the side-effects of treatment for it, plus a Vitamin D deficiency, meant that something – several things – had to give, and these goals were amongst the casualties. This is not to say that I did nothing to ‘give back’ to the genealogy community last year, as fellow genies Daniel (see A mystery, finally solved?) and Jane (see A Short Life Remembered: Resurrecting the GRO Dead) have testified. I do however want to achieve my ‘giving back’ goals, so for both of the above …

In addition to the above goals, I have another, not genealogy-related, which will nonetheless affect this website. Stay tuned!

I don’t regard 2016 as a family history failure, given the circumstances I am very pleased with what I managed to achieve. As for 2017, who knows what the year will bring? My genealogy goals are there to guide me and give me something to focus on – with good health and a fair wind, some hard work and maybe a bit of luck, I hope to achieve them all. But I won’t be devastated if I don’t!