< Back to Of grief and longevity: The life of Dorothy Atcherley – Part 1

In the name of God amen I Thomas Atcherley of Alderton in the County of Salop gentleman doe make this my last Will and Testament in manner and forme following. ffirst I give and bequeath all my Cattle Corn Implemts of husbandry and all other my personall Estate except my household goods and furniture unto my Executors hereby appointed to be by them sold towards payment of my debts and funeral Expenses And as for all my household goods and furniture of which kind soever I give and bequeath the same unto my loveing wife Dorothy Atcherley […]

Dorothy Atcherley, and her father-in-law Richard, were appointed as executors in Thomas’s will. Probate was granted to Dorothy alone however, at Shrewsbury on 19 October 1739, with “A power being reserved for Richard Atcherley the Executor therein named to act at Pleasure”.

What exactly was Dorothy tasked with? The various elements of Thomas’s estate, and his instructions on how they were to be dealt with, were as follows:

“Cattle Corn Implemts of husbandry and all other my personall Estate except my household goods and furniture”: As we have seen above, this property was to be sold to cover Thomas’s debts and funeral expenses. 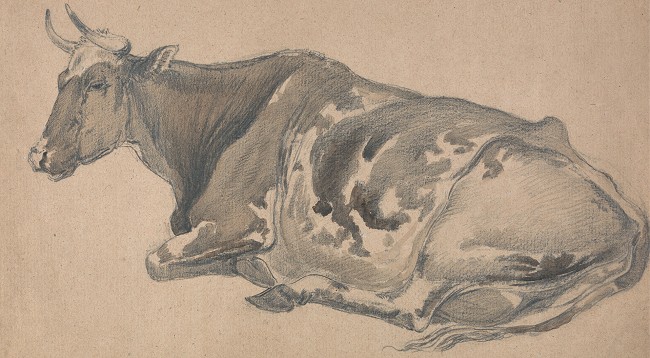 “household goods and furniture”: All of this was bequeathed to Dorothy but (as was common in wills of the time) only for her to hold and use – not to own – until she remarried or died, whichever happened first, at which point all their children (bar the eldest) were to receive those effects, share and share alike. Dorothy never remarried, and lived a very long life, survived all of her children. In theory the household goods and furniture remained hers throughout, but in practice I suspect she outlasted a good deal of it!

“several peices and parcells of Land or Ground and all my Real Estate with their and every of their appurtences situate lying and being in Llanforda, Ifton att Upton, Middleton or elsewhere in the County of Salop”:

Llanforda was a township in Oswestry parish, “Ifton att Upton” was possibly Ifton Hall or Ifton Heath in the parish of St Martins, and Middleton was most likely the Middleton situated in Oswestry parish. Collectively all these lands were referred to by Thomas later in his will as his “premisses” and their “appurtances” (an abbreviation of appurtenances – any property and/or rights belonging to the premises.

These premises and their appurtenances were bequeathed to Dorothy and her assigns (anyone to whom Dorothy might delegate or assign her responsibilities, such as an attorney), but again, only for her to hold for the remainder of her life, and for as long as she remained a widow. There were conditions attached. Firstly, that Dorothy was to keep and maintain all of the couple’s children, except the eldest. Secondly, that she should manage the interest payments on any loans taken out by Thomas which were secured on any of his ‘premises’. And thirdly, that she should pay off any such loans (charging the costs of so doing on Thomas’s estate) in the event that any of the lenders required this.

On Dorothy’s remarriage or death, whichever came first, the premises and all their appurtenances were to go to the couple’s surviving children (again barring the eldest), share and share alike. This provision, like the previous one, was also frustrated by Dorothy’s longevity.

“a Guinea to buy […] a ring”: This was bequeathed by Thomas to his son of the same name, “or to such of my sons as shall be my heir at the time of my death”.

Although Thomas directed that his household goods and furniture were to be held by Dorothy rather than be sold with the rest of his personal estate, an inventory was drawn up soon after his death which included all of those items. If you have read my three-part investigation of Samuel Atcherley’s true and perfect inventory, you will know that I love the lists of household contents that often accompany older wills. They provide an insight into the domestic arrangements of the deceased – and of those who lived with and survived them. So naturally I have prepared a transcription of Thomas’s inventory, and of course I am going to present it here.

A True and Perfect Inventory of the Goods and Effects of the Late Mr Thos. Atcherley deceasd taken the sixth day of January 1738 [= 1738/9] as followeth [Amounts in £ s d] 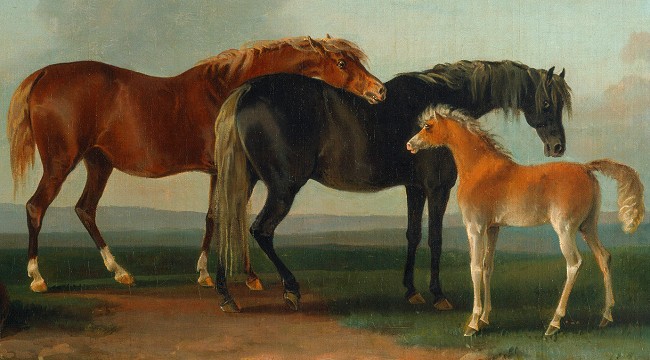 appraised by us the day above written

From this inventory (and from the opening lines of Thomas’s will quoted above) we can see that Dorothy Atcherley had lived with Thomas and their children in a two-floor building of moderate-size at Alderton in Shropshire; most likely the Alderton lying adjacent to Newton on the Hill in Myddle parish (see map extract below), rather than the one in nearby Great Ness.

On the ground floor of the house there was the hall, and the following rooms (which all had rooms above them, in which there were in total four beds): the kitchen, the parlour, the buttery, and the brew house. There was also a cellar, which suggests an underground space, but this too had a “roome over it” containing a bed. Finally there was a ‘Gallery’, probably a longish connecting passage, its only furniture a corner cupboard containing plate and three gold rings. Thomas’s agricultural activities seem to have been fairly small-scale, perhaps aimed primarily at supplying his family’s own needs.

Based on the baptism records of Dorothy’s children, it would appear that this house in Alderton had not been home to the Atcherleys for very long at the time of Thomas’s passing. When the couple’s first child was baptised in 1723 at Dorothy’s former parish church at Wrenbury in Cheshire, he was described as “Thomas, Son of Thomas Acherley of Marton in Com. Salop Gent. and Dorothy His Wife”. However the parish register in which I have found all but one of the known baptisms for the other children of Thomas and Dorothy is that of Loppington. The Atcherley baptisms there which I have not already mentioned, i.e. those of the children who (in addition to Thomas junior) made it past their early years, were for Elizabeth (on 3 June 1726), Dorothy (16 September 1727), Robert (8 January 1730/1), and Richard (24 February 1731/2).

The baptism marking the return of Thomas and Dorothy Atcherley to the parish of Myddle – and probably also the beginning of their time at Alderton – was that of Thomasin in 1736 (mentioned in Part 1 of this story). Did Dorothy remain there with her five surviving children after proving her late husband’s will in 1739?

I have found no records confirming the family’s specific whereabouts in the years following 1739, but there are records which indicate that they stayed within the parish (quite possibly at Alderton, or maybe at Marton with Dorothy’s Atcherley in-laws?). The first of those records relates to the eldest of Dorothy’s children, Thomas, who since his father’s death was no longer Thomas ‘the younger’ or ‘junior’ .

This Thomas Atcherley was the one who was to receive a Guinea under the terms of his father’s will, to buy him a mourning ring, but who was, as the eldest child, destined to be excluded from all his father’s other bequests. This was because he was heir apparent to the Atcherley estate of Marton, and was due to inherit all that his father did not live long enough to receive. Sadly, this would-be heir did not live long enough either. Thomas died at the age of 20, and was buried at Myddle on 27 July 1743.

(See also reference 25 from Part 1 of this story, Will of Thomas Atcherley of Alderton.)