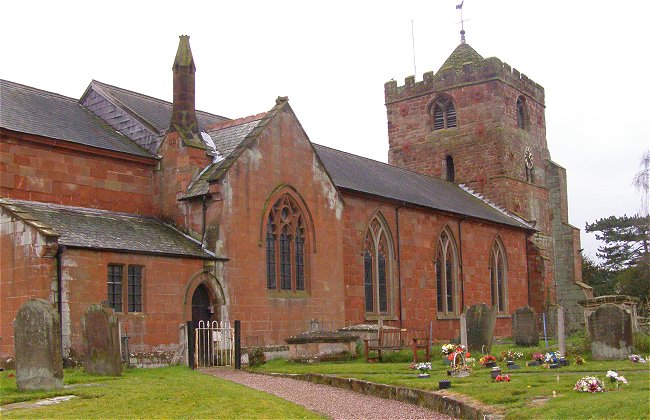 As with Myddle St Peter, at Baschurch All Saints there are Atcherley monumental inscriptions adjacent to the church. They can be found on of the north side of the church (shown above), not far from the tower. 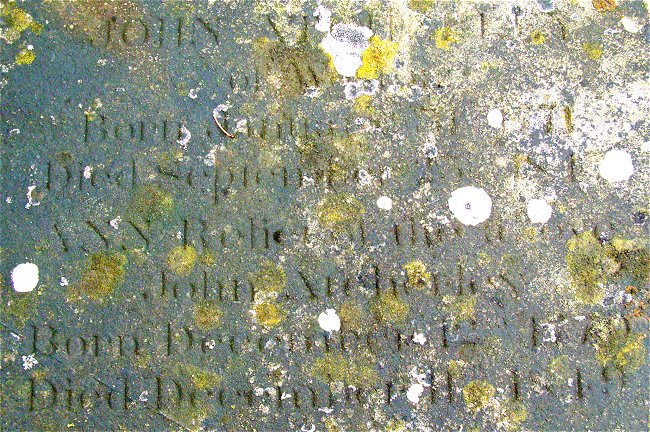 A large, flat stone, with inscriptions now difficult to read in places due to erosion and the growth of lichens, commemorates John Atcherley of Weston Lullingfields, his wife Ann (nee Parton) and their daughters who survived into adulthood but did not marry: 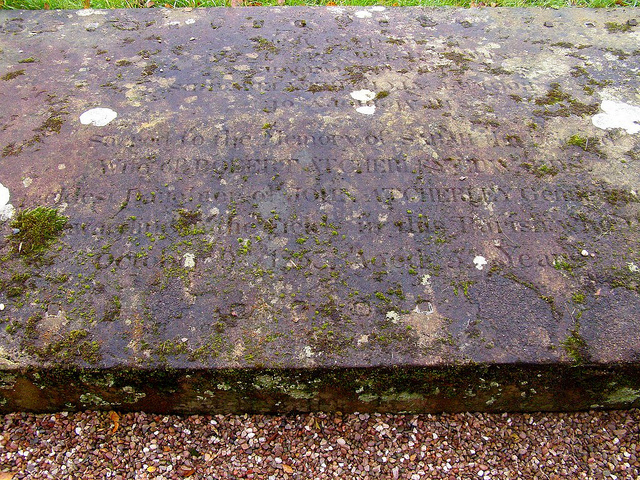 Close by lies the grave of John and Ann Atcherley’s daughter Sarah, who not only married, but married twice. Her first husband, Charles Reynolds, died within two years of the couple’s wedding. Sarah’s second husband was her second cousin once removed, Robert Atcherley Edwards. The inscriptions on the stone marking their grave read:

Just inside the church itself meanwhile, another Sarah Atcherley is commemorated on a table of benefactors. This Sarah, baptised at Baschurch on 28 Jul 1734, was the grandaunt (or great aunt) of her twice-married namesake. Although referred to as “Mrs Sarah Atcherley” on the benefaction table, this Sarah died unmarried. A Further Report of the Commissioners (for Inquiring Concerning Charities) published some 13 years after Sarah’s death reported that her gift of £30 was in the Shrewsbury Savings Bank and that the interest, £1, was “given away in sixpenny loaves about Christmas-day.” 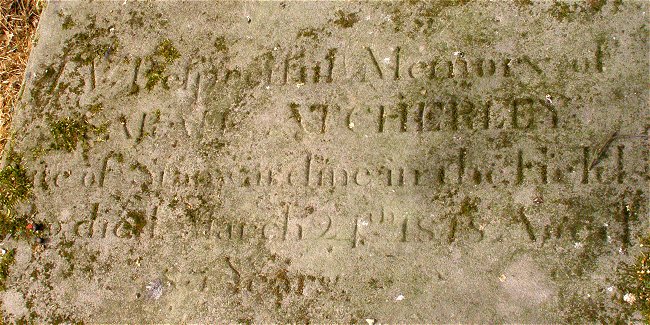 Sarah’s grave is a short walk from the benefaction table, lying about 25 metres to the west of the main entrance to the church. It is marked with a large, flat stone inscribed:

IN Respectful Memory of
SARAH ATCHERLEY
late of Stanwardine in the Fields
who died March 24th 1818 Aged
83 Years.

Alongside Sarah several other members of the Atcherley family, including Sarah’s brother Thomas, sister Mary, and more children of the above-mentioned John and Ann Atcherley, were laid to rest …