< Back to MIs at Baschurch All Saints (2) / More Monumental Inscriptions 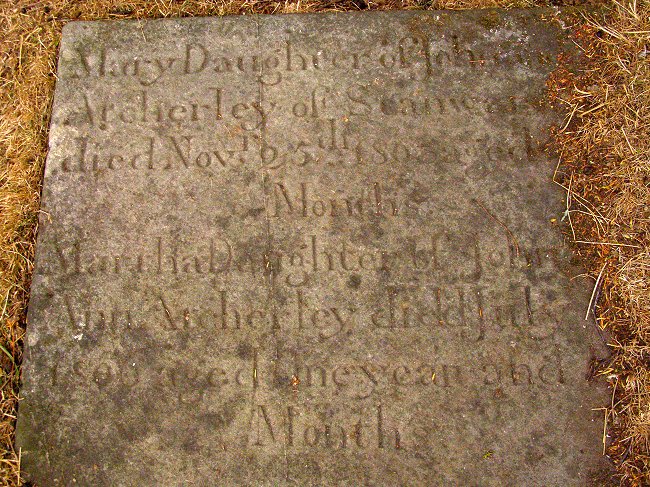 John Atcherley and Anne Parton, following their marriage in 1797, had ten children. Sadly, four of their daughters, and their only son, died in infancy or early childhood. Their graves are marked by two large, flat stones. The inscription on the one pictured above cannot be read in full because of grass growing over its right-hand side. Fortunately a transcription made by the Shropshire Family History Society some years ago enables me to fill in the gaps: 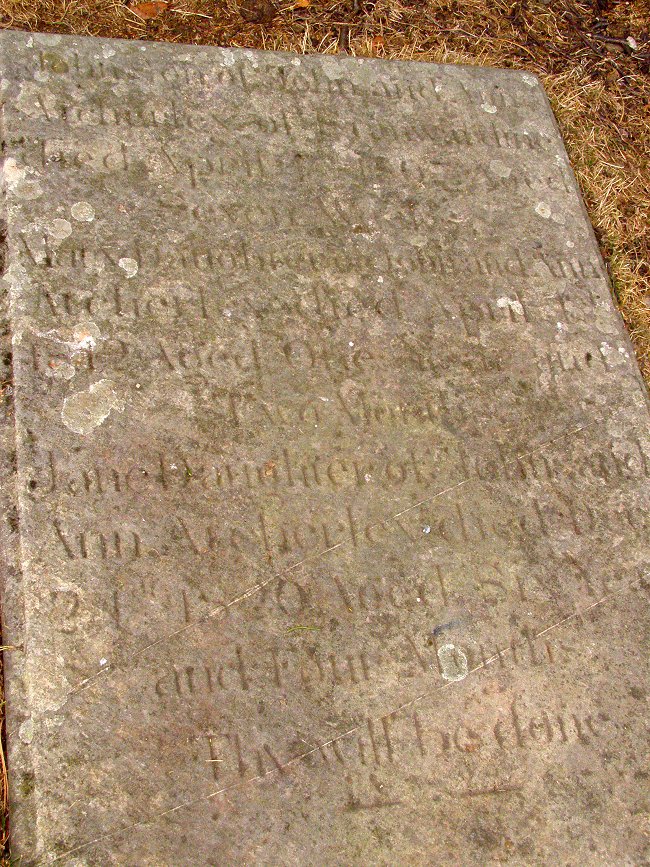 Next to Mary and Martha, three more Atcherley siblings were laid to rest: John, another Mary, and the longest-lived of these unfortunate children, Jane: 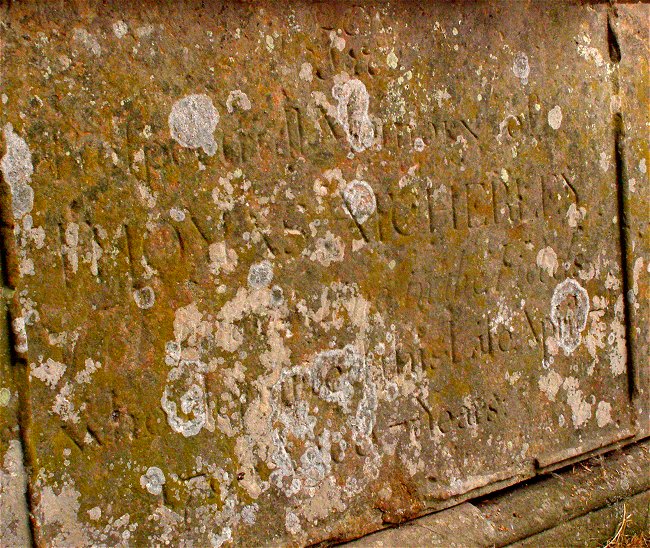 The graves of the infant Atcherleys lie next to the final resting place the children’s grandparents, which is marked by a flat-topped tomb chest. The inscription on the south side of the chest, just about legible despite more than two centuries of weathering and lichen growth reads:

In
Respectful Memory of
THOMAS ATCHERLEY
of Stanwardine in the Fields
who departed this Life April 7th
1796 Aged 71 Years.

The MI on the darker and damper north side of the chest meanwhile has been affected not by lichens but by algae, and reads:

IN Respectful Memory of
Hannah the Wife of the late Thomas
Atcherley late of Stanwardine in the
Fields who departed this life May the
18th 1810 aged 64 years. 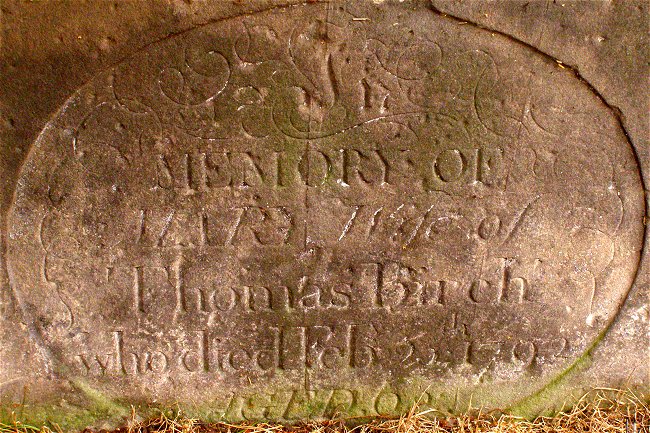 On the other side of Thomas and Hannah Atcherley’s tomb chest lies that of Thomas’s sister and brother-in-law, Thomas and Mary Birch. Thomas Birch (baptised at Baschurch All Saints on 2 Dec 1730) married Mary Atcherley in 1754. The inscription on the south side of the chest is as follows: 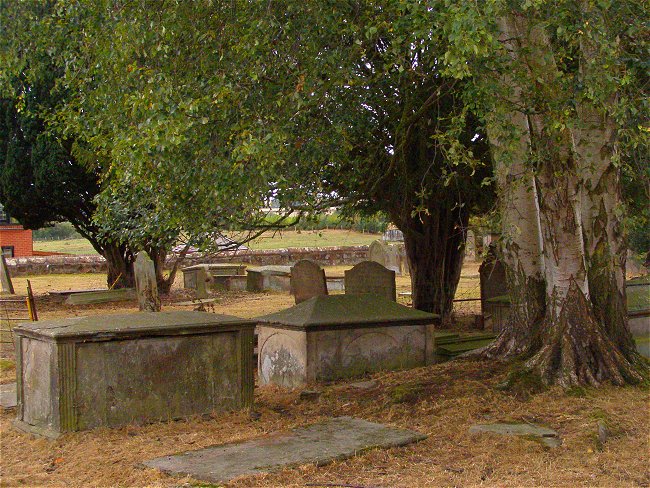 The photo above shows the tomb chests of Thomas and Hannah Atcherley on the left and of Thomas, Mary and John Birch on the right. Appropriately enough, Thomas, Mary and John lie beneath a trio of birch trees. Some distance behind these two tomb chests, four more can be seen just to the right of a yew tree. Beneath three of them, more members of the Atcherley family were buried …