The first Atcherley monumental inscriptions at Myddle can be found almost as soon as you enter the churchyard. David Francis Atcherley and his wife Caroline Frances Amherst Atcherley (nee Stacey) were buried close by the entrance to St Peter’s.

In Memory of DAVID FRANCIS ATCHERLEY
of Marton Hall in this Parish
who died May 3rd 1887, aged 69.
“He will swallow up death in victory.”

Also in Memory of CAROLINE FRANCES AMHERST,
Wife of David Francis Atcherley
Who died June 6th 1889, aged 55.
“So He giveth His beloved sleep.” 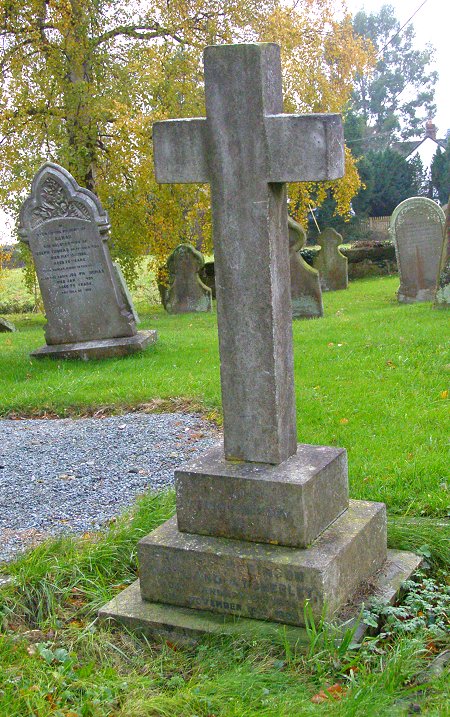 An additional monument to Francis can be found inside the church, in the form of a brass plaque beneath a pair of stained glass windows. This reads:

In loving memory of
Francis Robinson Hartland Atcherley,
died on the 16th November 1895.
Whatsoever thy hand findeth to do, do it with thy might. 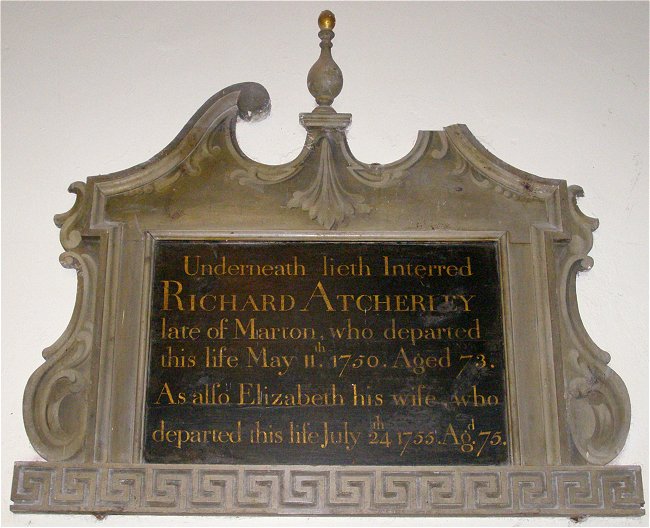 Underneath lieth Interred
Richard Atcherley
late of Marton, who departed
this life May 11th, 1750. Aged 73.
As also Elizabeth his wife, who
departed this life July 24th 1755. Ag’d. 75.