My grateful thanks are extended to Find A Grave contributor Chris Nelson for giving me permission to use his images here. 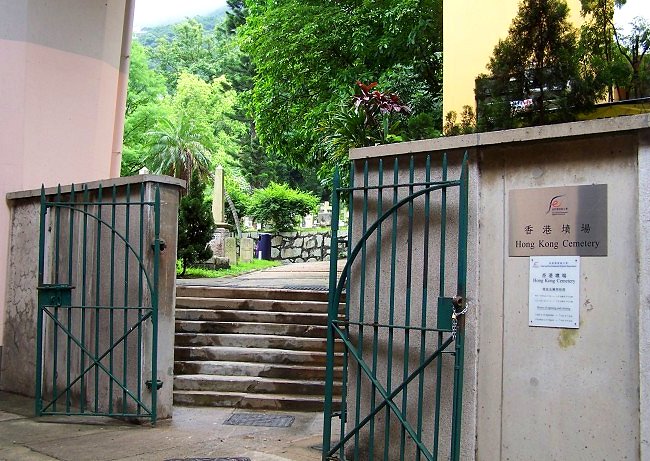 Entrance to the Hong Kong Cemetery

Among the death notices carried in the January 1843 issue of Fisher’s Colonial Magazine and Commercial Maritime Journal was the following:

Atcherley, William Langton Shairp, first Lieut Royal Marines, son of the late Major Atcherley, R.M., and grandson of the late Rev J. Atcherley, M.A., formerly Head Master of Shrewsbury School, on 8th August, on board the Endymion, Chinese Expedition, from the effects of the climate and fatigue.

William Langton Shairp Atcherley was the only son born in wedlock to Captain James Atcherley of the Royal Marines; his mother was Christiana, née Shairp (see Christiana Atcherley in her own words – Part 2). Like his father before him, William joined the Royal Marines and rose to the rank of Lieutenant. He would have been around 33 years old when he died. 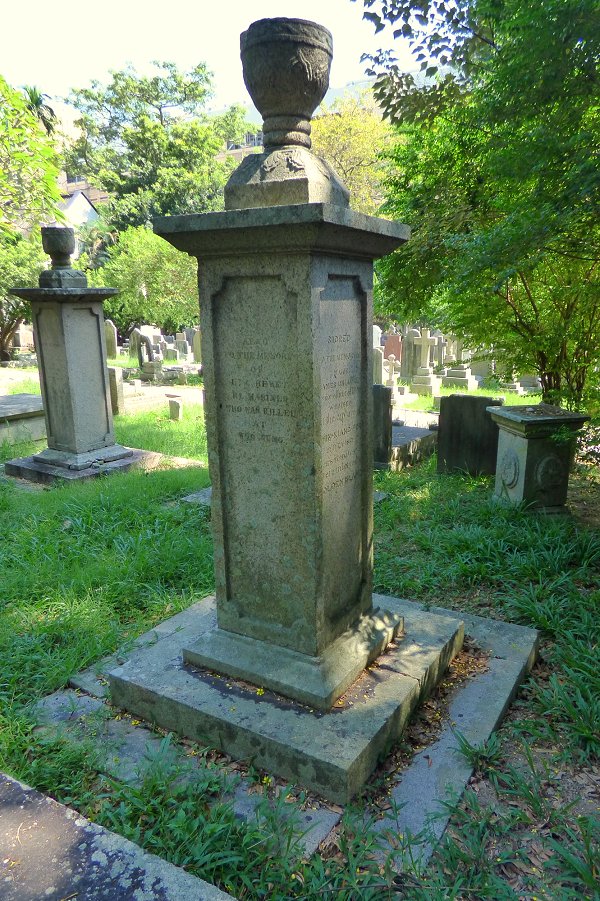 Although the memorial to William Atcherley (and two fellow Marines who died during the Chinese Expedition) now stands in the Hong Hong Cemetery in Happy Valley, this was not its original location. Page 1 of The Times of 27 December 1889 featured the following notice:

The Old Colonial Cemetery at Wan-[chai], in the above colony, having become surrounded by a dense population of Chinese of the poorer classes, it is found difficult to keep it in a condition of decency and cleanliness. It is therefore notified that it is Proposed reverently and decently to Remove all monuments and tombstones in such Cemetery, as well as all remains which may be found there, to the existing Colonial Cemetery in the Happy Valley, where such remains will be re-interred.
The monuments will be repaired and grouped round a plain memorial stone on which it will be stated from what part of the Colony they have been removed.
Survivors, friends, or relatives who may desire to make any objection to this removal are requested to address the Colonial Secretary of Hongkong within six months from this date.
A list of the remaining monuments is appended.
By Command. A. LISTER, Acting Colonial Secretary.
Colonial Secretary’s Office, Hongkong, 25th October, 1889.

In full, the inscriptions on the four sides of this monument read as follows:

SACRED
TO THE MEMORY OF
MAJOR
JAMES UNIACKE
senior officer of R.M.
WHO DIED
at the capture of
CHIN-KIANG-FOO
21 JULY 1842
HIS remains
were interred in
GOLDEN ISLAND 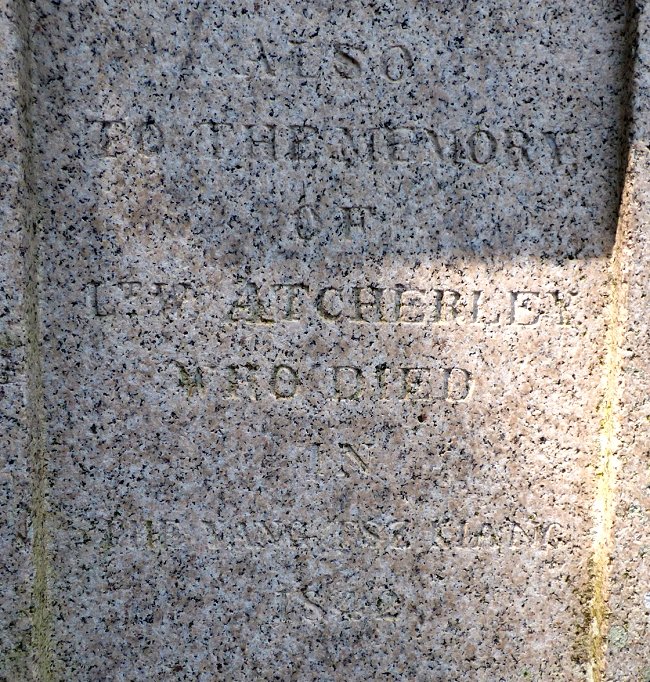 ALSO
TO THE MEMORY
OF
LT. WM. ATCHERLEY
WHO DIED
IN THE YANG-TSE-KIANG
1842

ALSO
TO THE MEMORY
OF
LT. C. HEWET
RL MARINES
WHO WAS KILLED
AT
WOO SUNG

THIS MONUMENT
WAS ERECTED
BY
THE OFFICERS OF
H.M.S CORNWALLIS
AND
MARINE OFFICERS
ON
THE EXPEDITION.

Transcriptions of the monumental inscriptions at Hong Kong cemetery can be found at Gwulo.com (I have linked to the page which includes the inscriptions above), and more information about the men commemorated and the circumstances of their deaths appear in Patricia Lim’s 2011 book Forgotten Souls: A Social History of the Hong Kong Cemetery (I have linked to page 40 at Google Books, where coverage of the above monument begins).