Roger Atcherley was born in 1831 at Bridgnorth, Shropshire, a son of James Rennell Atcherley (see James Rennell Atcherley and an Electoral Conspiracy) and his wife Emma, nee Broadfield. Roger became a grocer, first in Liverpool and then in Manchester. His business prospered and expanded to include wholesale trade. Although most censuses show Roger as simply a grocer, that of 1881 describes him as a “colonial produce merchant” and that of 1901 as a “sugar merchant”. He married Mary Ann Heath in 1858 and among the couple’s eight children was Ethel Atcherley, a gifted artist (see The art and soul of Ethel Atcherley).

Roger retired from business in 1903 and returned to Shropshire, residing with his family at Church Stretton. It was there that he died in 1909. The memorial inscription on his gravestone at Church Stretton reads:

My grateful thanks are due to Mary Emma, who took the above photograph and holds the copyright, for allowing me to use her image, which appears in her excellent Flickr photostream. 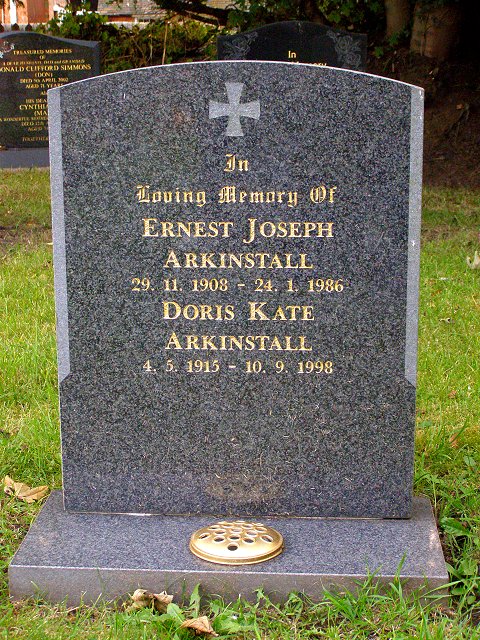 Doris Kate Atcherley, born in Shropshire (most likely at Tibberton) on 4 May 1915, married Ernest Joseph Arkinstall at Tibberton All Saints on 12 Dec 1936. Although the inscription above shows that Ernest was born on 29 Nov 1908, his death registration gives the date as being about 29 Nov 1907, and his birth was registered in the March quarter of 1908. Electoral registers dating from 1945 to 1973 show Ernest and Doris living in Tibberton throughout that time, first at 6, Tibberton and later at 27 Maslan Crescent.

Doris was the only daughter of William Henry “Pop” Atcherley and his wife Sarah Ann (Lovatt), who married at Tibberton in 1907. It is known for certain that William was buried at Tibberton following his death in 1969, and that his son William Arthur Atcherley (Bill) and brother John Atcherley (Jack) were also interred there, but unfortunately there is now no trace of their grave markers. It is likely that other members of the family also lie here in unmarked graves. 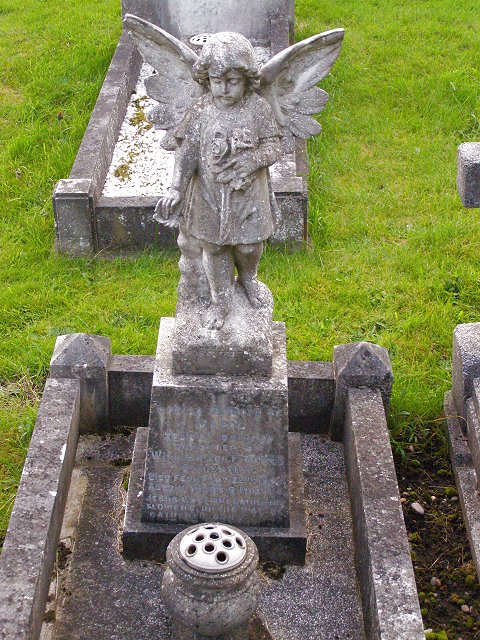 The above-mentioned John, or Jack Atcherley, married Annie Lainton at Croxton in Staffordshire in 1920. The couple had one child, who is named in the index of birth registrations as Francis A Atcherley. However it turns out that Francis was actually Frances Annie Atcherley, who married William Thomas Silvester in 1938. The couple’s only child, Mary Silvester, was born around August that year. Her entry in the index of birth registrations gives her mother’s maiden name as Alcherley. My thanks to the church warden at Tibberton for showing me this grave and explaining who Mary was, thereby adding valuable information to the Atcherley family tree.

The inscription on Mary Silvester’s monument reads as follows:

In
Loving Memory of
MARY,
DEARLY BELOVED
DAUGHTER OF
WILLIAM AND FRANCES
SILVESTER,
DIED FEBRUARY 22ND 1950,
AGED 11 YEARS 6 MONTHS.
JESUS WENT OUT GATHERING
FLOWERS, ON HIS WAY HE
GATHERED OURS. 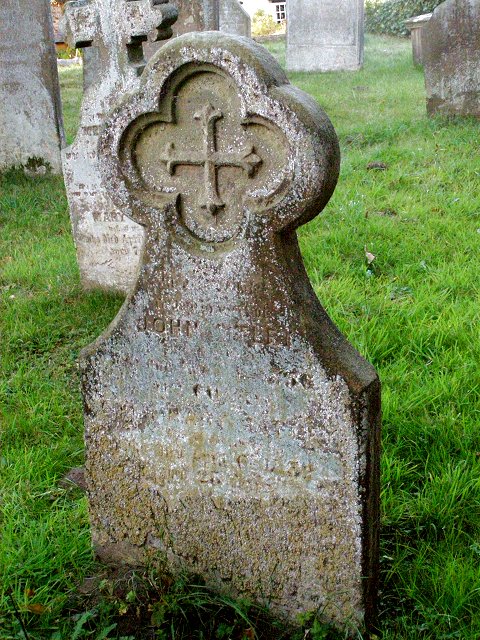 My 3x great grandmother Mary Atcherley was a daughter of Samuel Atcherley, farmer at Moortown, Ercall Magna, and his second wife Margaret (Wase). Three years or so after she gave birth to her son Henry Atcherley out of wedlock, she married John Titley of Waters Upton. With John she had three sons, two of whom died in infancy and were buried at St Michael’s. Mary herself passed away within months of the death of her third son, aged just 28. She and her husband are remembered on the gravestone shown above, though the inscription carved upon it is now barely legible. 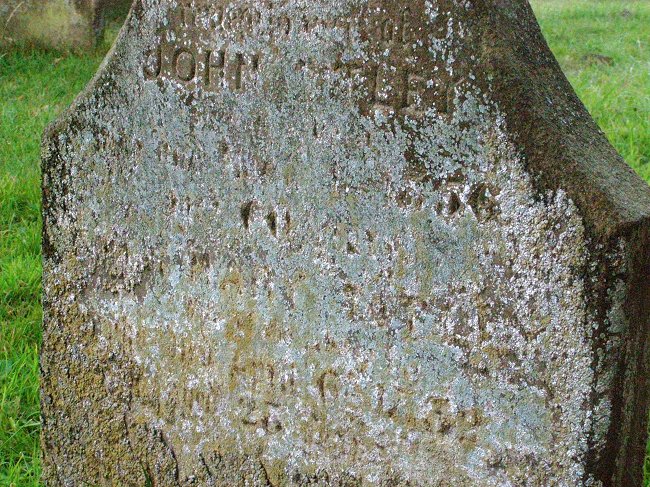 A close-up view of the inscription (above) shows just how little of it can now be read. Using a transcript made for and published by the Shropshire Family History Society in conjunction with the photograph enables the epitaph to be reconstructed: