My thanks to Albert of Antiques-thru-time for giving me permission to reproduce his photos below, of a large oil painting which he had for sale. 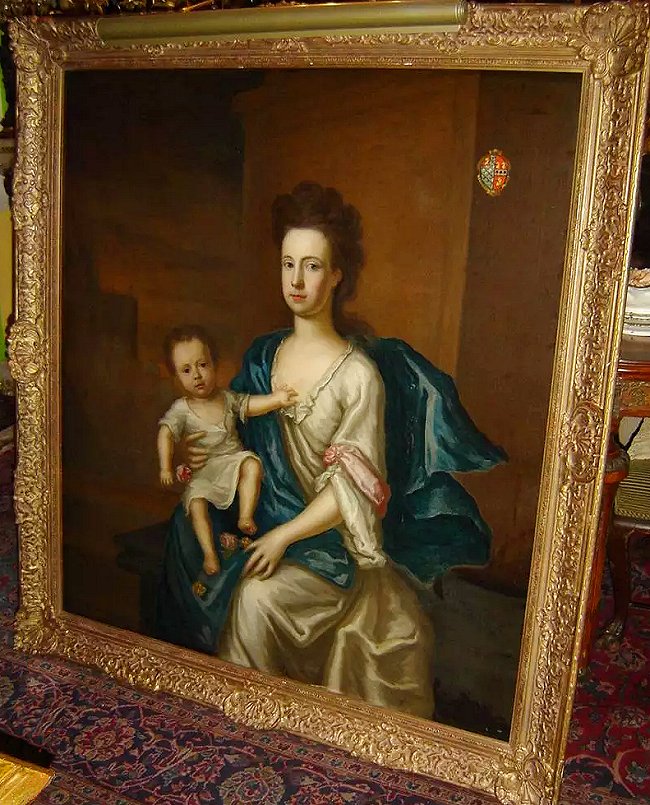 The portrait is believed to be of Margaret Lowndes née Atcherley  [

], wife of Robert Lowndes and daughter of Richard Atcherley, with one of her children. Very strong corroboration for this is provided by the coat of arms displayed towards the top right corner of the painting. They are the arms of the Lowndes family (on the left) and the Atcherley family (on the right) combined (or, to use the heraldic term, impaled) – see below for a comparison of the arms from the painting, and the arms of the Atcherleys of Marton. The same arms were engraved on a silver-gilt sideboard dish which was supplied to Robert Lowndes by Pierre Harache of London (and which was, some 300 years later, sold by Christie’s in 2010 for £181,250). 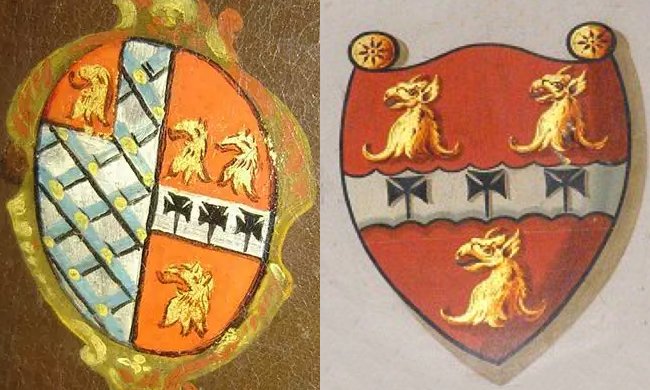 Margaret Atcherley was a posthumous child, that is, she was born after the death of her father, Richard, who was the youngest of the two surviving sons of Thomas Atcherley of Marton in the Shropshire parish of Middle (or Myddle). Richard Gough, in his Antiquities and Memoirs of the Parish of Myddle, related the story as follows:

Richard marryed the daughter of Mr. Rowland Hill of Hawkstone, and to him Thomas Acherley gave all his lands in Marton, his leases, his tythes, and lands in Weston Lullingfeild. For this Thomas Acherley was blamed by many persons, who said, that this was a disinheriting of the elder son, and that such things doe seldome prosper, of which they gave many examples, as in Mr. Lockett’s estate in Wollerton, Mr. Jennings his estate in Muckleton, &c. Exitus acta probat.—Richard Acherley dyed, and left his wife priviment insent of a daughter, which was borne after the father’s decease, and is yet liveing (1701).

Parish registers show that Richard Atcherley married Margaret Hill (daughter of Rowland Hill of Hawkestone) at Hodnet St Luke in Shropshire on 17 June 1680. Their daughter Margaret, born June 4th, was baptised at Hodnet on 12 June 1683, but Richard Atcherley had been buried (at Middle St Peter) almost six months before this, on 29 December 1682. Richard’s widow married Thomas Harwood around 1687, and his daughter Margaret was wed on 24 June 1703 at Walbrook St Stephen in London. The register of that church recorded that “Robert Lowndes of ye Parish of St Margarets, Westminster & Margaret Atcherley of this Parish were Married on ye 29th of June 1703. By License.”

Margaret Lowndes, née Atcherley, bore her husband 10 children. She died, at the age of 44, on 18 April 1728, her husband Robert having predeceased her the previous year. 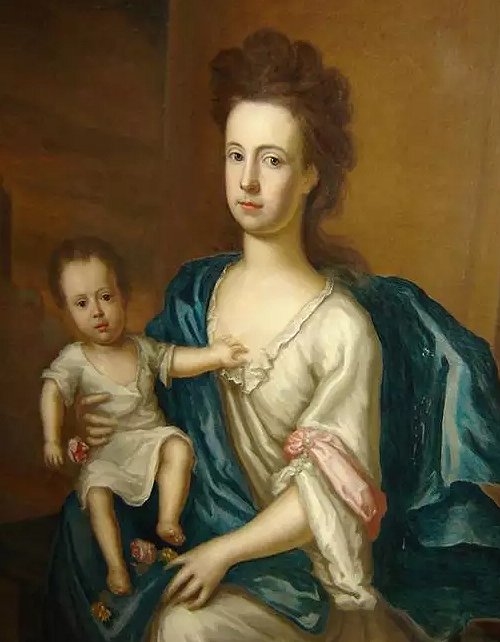 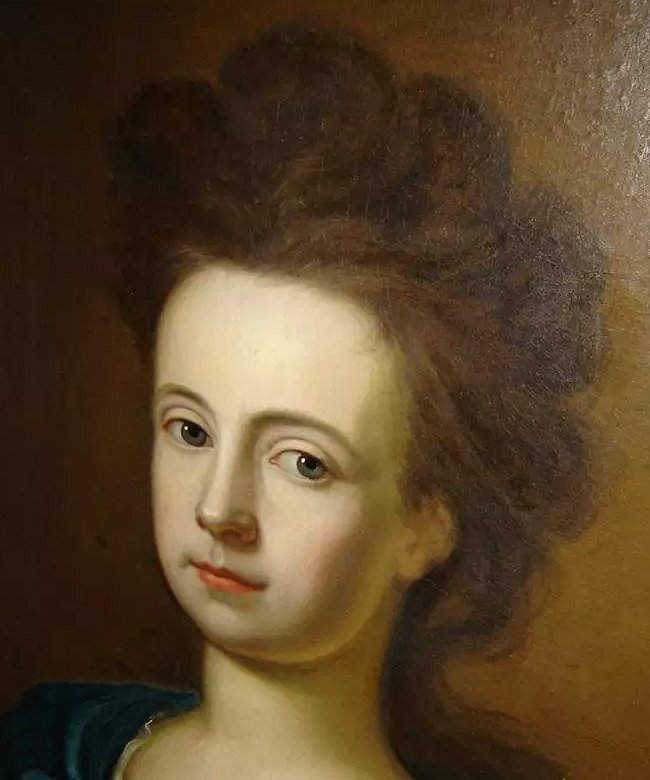