The Statutes of the Salop Infirmary. […]
15. That there be a Weekly Board of Directors, which shall consist of three at least, to meet every Saturday at eleven of the Clock, at the Infirmary.
16. That the Weekly Board regulate all Matters relating to the Admission and Discharge of Patients, enquire into the Behaviour of Officers and Servants, examine and pass Accounts, order Payments, prepare Matters for the General Board, and transact such other Affairs as shall be committed to them by the General Board. […] 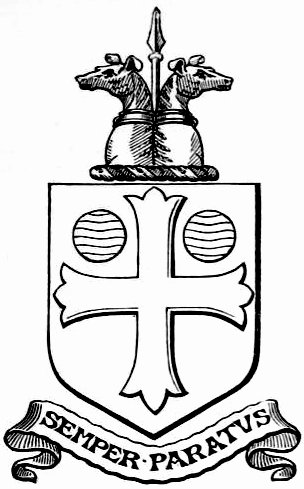 Born in Shrewsbury on 19 August 1781 and baptised there at St Chad’s two days later, Thomas Oswell was the eldest son of William Oswell (Mayor of Shrewsbury in 1769) and Mary, née Prytherch. He features here because on 18 July 1805 at Ellesmere in Shropshire, he married Mary Dorothy Lloyd, who was the eldest daughter of Francis Lloyd Esquire and Ann, née Atcherley (both of whom signed the marriage register as witnesses).

Before he was even two years old, Thomas lost his father. William Oswell died on 22 March 1783, and was buried at Shrewsbury St Alkmund five days later. The register recorded him as “Mr. William Oswell aged 50”. Knowing that his demise was imminent, William had made his will on 4 March 1783. Thomas was to inherit most of his father’s real estate, specifically a house near the Market House in Shrewsbury, “one of the fields called the Thistley Field which lies nearest the Castle Foregate”, a moiety (or share) in an estate at Melverley, a moiety in three houses, two stables, a malthouse and a piece of ground called Stewcroft, and houses, malthouses and gardens in Frankwell.

Thomas was educated at Shrewsbury School before entering St John’s College, Cambridge, on 11 January 1799. On Monday 24 January 1803, Cambridge announced that “Friday being Bachelors’ Commencement,” 75 gentlemen “were admitted Bachelors of Arts”; one of the names listed was that of Oswell. He was ordained as deacon on 9 September 1804, and appointed as Curate of Grinshill in Shropshire on the same day. His curacy appears to have been a brief one – his signature confirming that he

conducted the wedding of John Cartwright and Mary Dillow on 15 November 1804 being his only mark in the Grinshill marriage register (the next marriage, performed by an officiating minister, took place in March 1805). On 20 May 1805, as Assistant Minister, he performed a marriage ceremony at Montford.

When Thomas married Mary Dorothy Lloyd on 18 July 1805 he was “of St Alkmonds” in Shrewsbury. It was presumably it was while he was living in that town that his two weeks as a visiting clergyman at the Salop Infirmary in 1805 took place. On 8 September that year Thomas was ordained as a priest.

On 15 March 1806 (in which year his Master of Arts degree was conferred), Thomas Oswell was appointed Rector of the First Portion of Westbury, Shropshire – a position he would hold for the rest of his life. In browsing the Westbury registers online, I noticed that some of Thomas’s rectorial responsibilities were carried out by a curate, David Williams, who conducted eight marriages at Westbury after Thomas became rector. The first wedding ceremony performed there by Thomas was that of Edward Ellis and Susannah Jones on 7 May 1807.

Thomas did not confine his clerical duties to Westbury. On 19 June 1810, he conducted the wedding of his sister-in-law Elizabeth Sarah Lloyd to Devereux Mytton of Castell Caereinion, Montgomeryshire. His wider concerns as a Christian also extended more widely than Westbury, as can be seen from his work in the aftermath of an extraordinary flood which was referred to as “The Minsterley Inundation.” The flood followed a violent storm of hail, thunder and lightning to the south-west of Shrewsbury, and a cloudburst on the Stiperstone hills, on the evening of 27 May 1811. This sent a torrent of water down into local watercourses including the Minsterley Brook. “The number of lives lost”, reported the Shrewsbury Chronicle, amounted to “nine at Pontesford, and three at Minsterley.” In addition, many cottages were destroyed and families were left homeless.

As part of the Inundation Committee formed on 5 June 1811, the Rev Thomas Oswell helped to oversee the collection of £1,862 in public subscriptions, and the distribution of about £1,347 given in aid “to such sufferers who were known to require it, or who applied for relief.” The ‘overplus’ of the funds raised was donated the Salop Infirmary in 1812. 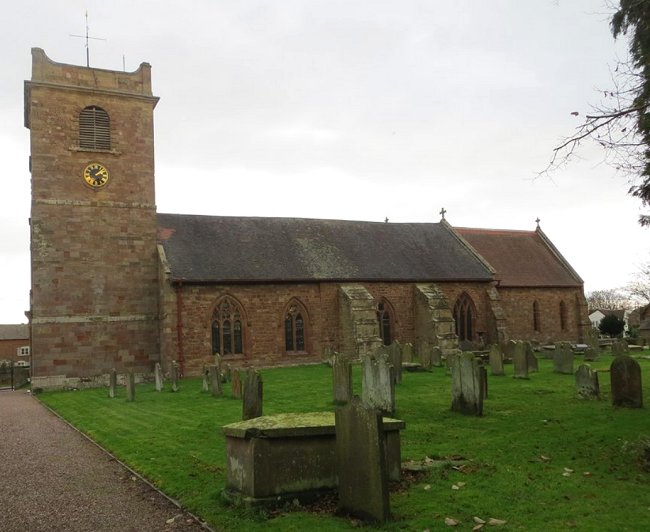 Around the year 1819, Thomas Oswell renewed his associations with Shrewsbury and its infirmary. He was admitted a Burgess of the town on 1 December 1818, and became a Director of the Salop Infirmary for the first time on 4 May 1819 (in which year he also resumed his duties as a visiting clergyman). The fact that he was elected a Director shows that Thomas was also a Trustee. He might have gained this position for life (by making a single donation of twenty guineas, by making two donations of ten guineas, by acting as executor of someone bequeathing twenty Guineas, or by being “charged with a Benefaction from an unknown Hand, of Twenty Guineas, or upwards, at one time, to the Infirmary”), for the duration of his subscription (if he subscribed two guineas a year, or one guinea a year in addition to making a single donation of ten guineas), or in rotation along with other subscribers of one guinea (which I think was unlikely in Thomas’s case).

As a Trustee, Thomas would have been eligible to attend the General Board meetings of the infirmary, which were then held on the first Tuesdays of May and November each year and at any other time deemed necessary. Article 9 of the statutes of the infirmary in force at the time (the third edition, printed in 1792) stated “That the Power of making, and repealing Laws [of the infirmary], and of electing Officers, be vested only in the General Board.”

Another task of the General Board was to elect the Directors who, as shown in the opening paragraph above, were responsible for the week-to-week administration of the infirmary. After the initial election of 12 Directors, six were retained by a ballot six months later and they were joined by another six elected at the same meeting. Another six months on, the six who had been retained stood down and six new Directors were elected, and so on.

Article 12 of the aforementioned statutes stated “That no Person having served as a Director shall be eligible again until twelve Months after his going out of Office.” So a popular Director might serve for every other 12 months over a period of time – which seems to be just what the Rev Thomas Oswell did. His first spell as Director from 4 May 1819 was followed by four more, from 1 May 1821, 6 May 1823, 3 May 1825, and 1 May 1827. The fact that Thomas also acted as visiting clergyman on 32 occasions (each of which involved attending every day for a week) from 1819 up to 1829 gives some indication as to extent of his commitment to the Salop Infirmary. 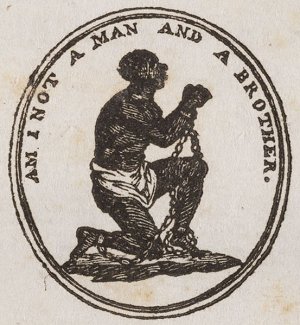 In addition to his work on behalf of the infirmary, Thomas Oswell was also committed to other Christian causes. His participation in a meeting of the Shropshire Auxiliary Bible Society on 3 July 1822 indicates his support for that organisation’s efforts to raise funds to make bibles and religious tracts available at reduced cost to the poorer classes. Thomas was also against slavery and in favour of its abolition, a fact which I was particularly pleased to discover. The following report is from the Chester Courant of 16 March 1824:

Negro slavery.—Among the numerous places which have held public meetings for petitioning Parliament for the gradual abolition of slavery, we are happy to number the town of Shrewsbury. Yesterday week this was held at the Town-hall, Joseph Loxdale, Esq. in the chair; when the petition was moved by the Rev. Archdeacon Corbett, who delivered a long and animated speech on the justice and policy of emancipation, and was followed in eloquent addresses by the Rev. Thomas Oswell, and John Bather, Esq. after which the petition was unanimously adopted.

Thomas did not live to see the passing of the Slavery Abolition Act in 1833, which (with some exceptions) outlawed slavery throughout the British Empire. Nor did he survive long enough to witness the successful conclusion of another project which was close to his heart – the rebuilding of the Salop Infirmary.

On 20 November 1826, Aris’s Birmingham Gazette reported that at a “numerous meeting of the supporters of the Salop Infirmary” that month, “it was resolved to rebuild that institution upon the same site, but upon a considerably enlarged scale.” Before the end of the meeting, “subscriptions towards a building fund were entered into to an amount exceeding four thousand pounds.”

Thomas Oswell’s subscription, made at or soon after this meeting, amounted to five guineas. Such was the generosity of the ‘great and the good’ of Shropshire, its clergy and many others, that on 5 February 1827 the charity was in a position to invite tenders “for the whole or any distinct parts or parts of the various Works, or a Proposal for Erecting the entire Building, according to the Working Drawings, Specification, and Condition, now lying in the Board-Room of the present Infirmary […].”

On 15 May 1830 the Staffordshire Advertiser reported, under the headline “New Salop Infirmary”, that “This most convenient and elegant structure is rapidly approaching towards completion.” Thomas Oswell, unfortunately, had passed away at the end of the previous October and was buried on 6 November. In its “Clergy Deceased” section, The Gentleman’s Magazine had this to say of him:

Oct. 31. At his residence at Shrewsbury, aged 48, the Rev. Thomas Oswell, Rector of the first portion of Westbury, co. Salop. […] He was of St. John’s College, Cambridge, B.A. 1803, M.A. 1806, and was presented to his living in the latter year by Mr. and Mrs. Pemberton. Although for several years prevented by ill health from performing his clerical duty, he was widely respected by his parishioners, and in his private character it may be truly said, he ‘walked with God.’ His remains were interred at St. Alkmund’s, Shrewsbury.

As Thomas died intestate, his widow Mary was granted administration of his estate. She went to live at Ellesmere at some point over the next decade. Mary was enumerated there, living in Scotland Street, on the censuses of 1841 (accompanied by her children Marianne, William and Thomas, and with married daughter Emily Thompson and her family living in the same street) and 1851 (alone but for her servants).

Mary Dorothy Oswell, née Lloyd, daughter of Ann Lloyd née Atcherley, died on 19 April 1853 at the age of 68 and was buried, at Ellesmere, six days later. Unlike her late husband she left a will, which divided her estate between her surviving children (daughters Marianne and Eliza Dorothy had gone to the grave in 1843 and 1833 respectively). It would appear that before her passing, Mary, like her late husband, also gave her support to the Salop Infirmary. I think she was almost certainly the Mrs Oswell of Ellesmere who was included in a list of subscribers in 1847, and who contributed one guinea per annum.

Picture credits. Oswell arms, crest and motto: From the Visitation of England and Wales, volume 15, page 1, published 1792 and therefore out of copyright (sourced from Internet Archive). Facsimile of Thomas Oswell’s signature: As previous. Westbury St Mary: Photo © Copyright Peter Wood; taken from Geograph, and adapted, used and made available for reuse under a Creative Commons licence. Am I Not a Man and a Brother: Public domain image taken from Wikimedia Commons.

See also reference 8 for Part 1 of this story.