], a tall man nearly six feet in height with brown hair and hazel eyes, made his way towards Major Cartwright. He introduced himself and proffered his letter of introduction from Sir Francis Burdett. Robert desired a private audience with the Major, a request which was granted. The outcome of the meeting was just what Robert wanted: his story was believed and he had been given some money. In time however the small amount he gained from this deception would cost him dearly.

Robert was the first-born son of Dorothy Taylor, née Atcherley, and her husband the Reverend Robert Taylor. Robert senior was Rector of More in Shropshire, and he baptised his son in the parish church, St Peter’s, on 18 January 1784. Until very recently, that was where the story of Robert Atcherley Taylor began and ended: all my attempts to find out more about him came to nothing. 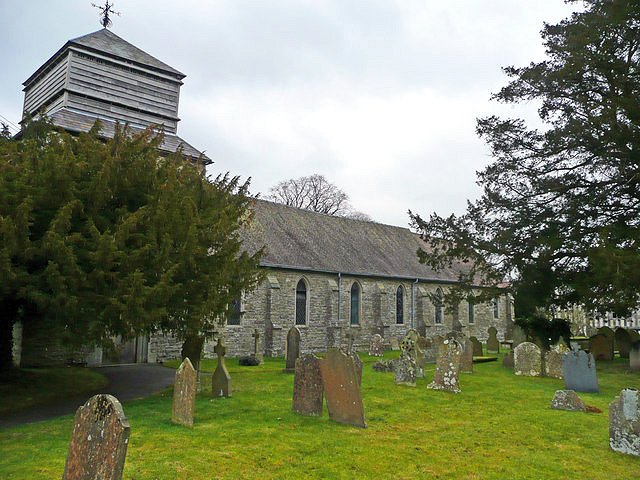 That all changed this week following a chance discovery in the records held by Findmypast, which led to a series of further finds. It turns out that Robert and his life story are in fact very well documented – but documented in pieces, across innumerable official records and newspaper reports, and mostly without the appearance of his Atcherley middle name. As a genealogist I am used to tracking down and linking the various clues and bits of evidence required to assemble family units from long ago. A similar approach was needed to reconstruct the remarkable tale of Robert Atcherley Taylor’s life.

Despite my best efforts though, there is a big gap in Robert’s life story – his early years, of which I know nothing. It is clear that he received a good education, and in later life he would claim that he had been a chaplain in the Navy. However records relating to Robert’s education and any employment that followed his schooling remain elusive.

It is possible that during his formative years Robert heard tales about his maternal uncle Thomas Atcherley and if so, perhaps they influenced the path he chose. After a spell in a debtor’s prison, Thomas Atcherley had committed a series of frauds to obtain money. He was punished for his crimes by imprisonment and on one occasion also received 40 lashes (see The life and crimes and Thomas Atcherley). Whether influenced by Thomas or not, Robert Atcherley Taylor certainly managed to emulate his uncle’s misdeeds – and then some!

The discoveries at Findmypast which alerted me to the fact that Robert had not just disappeared into the ether were in the England & Wales, Crime, Prisons & Punishment records. I wasn’t looking for Robert, I just happened to try a search using Atcherley as a Keyword rather than as a Last Name. This provided me with several new records for Atcherleys who had been victims (rather than perpetrators) of crime. It also produced about a dozen results for Robert Atcherley Taylor, who was most definitely a perpetrator!

The Newgate Prison Calendars showed that Robert had been “Convicted Sept. Session, 1811, of a certain fraud and ordered to be transported beyond the seas for the term of seven years.” Googling “Robert Atcherley Taylor” to see what else might be out  there in cyberspace added little to my scanty knowledge. A search for “Taylor, Robert Atcherley” on the other hand led me to a copy of the inquest into his death. This occurred in the place we know today as Tasmania, but which was then called Van Diemen’s Land.

All that remained for me to do was to fill in the gap between the first offence leading to his conviction, and the death of a man who usually appeared in records as plain Robert Taylor, occasionally as Robert A Taylor. Right at the beginning of his documented criminal career, he was even named as Robert Ackerly Taylor! The following report (reproduced here with some omissions and minor amendments) is taken from the Kentish Chronicle of 27 September 1811:

Robert Ackerly Taylor, the pretended Vicar of Hertford, stood indicted for fraudulently obtaining from Major John Cartwright the sum of two pounds, on the 12th of February last, under fraudulent pretences.

It appeared from the evidence of Major Cartwright, that the prisoner came to him on the day stated, and presented him with a letter of introduction from Sir Francis Burdett (who, it appears, was equally imposed on), stating the bearer to be the Rev. Mr. Taylor, Vicar of Hertford, who wished to be introduced to him on particular business. The prisoner was shewn into the room where the Major was sitting, in conversation with a gentleman; but the prisoner desired a private audience of the Major, which being granted, the prisoner signified the object of his visit was to solicit aid for an unfortunate Gentlewoman at Hertford, whose husband had lately died, leaving his widow and children in very indigent circumstances; the house and furniture of this poor Gentlewoman were stated to have been seized for a debt of £100 and must be sold, and she and her orphans turned into the street, unless the amount of her debt could be paid.

The prisoner said, that he, commiserating her hard case, had undertaken to solicit a subscription for her relief; that Mr. Plumer, of Hertfordshire, had humanely contributed £20 and Mr. Brand the like sum; that Sir Francis Burdett had also contributed very liberally, but had desired the sum he gave and his name might be kept secret. Major Cartwright, not doubting the truth of this plausible story, presented the prisoner with a two pound Bank note towards the subscription.

On returning to the first room, the prisoner joined in conversation with the Major and his friend upon a variety of topics; and amongst others, upon Parliamentary Reform and clerical affairs, upon which latter he took occasion to mention his own labours in the vine-yard of the Gospel. He then took his leave.

Some time afterwards, Major Cartwright learned from various quarters that Taylor was a common impostor, who had levied similar contributions upon several of his acquaintances; that he was a prisoner in the King’s Bench, and had actually come out of that place upon a day rule on the very morning when he had practised this notable manoeuvre. The Major, upon discovery of this fact, was determined to punish the impostor; and, as a first step, lodged a detainer against him at the prison-gate for forty shillings.

On the 25th of July following, the major received a letter from the prisoner, expressing his contrition for having improperly obtained from him the sum in question; but earnestly entreating that he would not follow up the step which he had taken with any severity towards an unfortunate gentleman, to whom any such severity would be totally ruinous; that he was thoroughly sensible of his error,—felt the greatest contrition,—was determined for the future to persevere in the paths of rectitude, and to maintain most strictly the mens sibi conscia recti.

But as he was about to take the benefit of the Insolvent Debtors’ Act, and had settled with his creditors by post-obit securities upon the property of his reverend father, who was rector of Bishop’s Castle, he entreated the Major to send him by the bearer a discharge for the debt of two pounds, which he solemnly promised to repay. Major Cartwright, however, not thinking it proper to comply, he a short time afterwards received a second letter, much to the same effect. A person who was in the Bench at the same time with the prisoner, proved his hand-writing in these two letters.

The prisoner, after apologizing that his embarrassed circumstances debarred him of the means of retaining counsel, undertook to cross-examine Major Cartwright; which he did, in a style of insolence rarely paralleled at any bar even towards the vilest witness. He interrogated Major Cartwright whether he had not tampered about Parliamentary Reform, and endeavoured to lure him by pecuniary offers to exert his influence at Hertford in the cause? To which the major answered decidedly in the negative.

The prisoner being now called on for his defence, had no witnesses either to facts or character, but addressed the court and jury in a short speech. He again lamented his incapacity to employ a Counsel; but he felt that he was standing before a British Court and Jury, where the accused, as well as the accuser, was sure of a fair and impartial hearing. The charge this day brought against him, false and unfounded as it was, proceeded from a man who had offered him eight hundred pounds if he would exert his influence in his native county in the cause of Parliamentary Reform; and he might have had thousands from him and his party, if he would only have consented to lend himself to their purposes; but he rejected their overtures with scorn, because he was convinced that their true object was to overturn church and state!!

Hence it was, that, instead of being this day extolled, caressed, and largely recommended by Major Cartwright, Sir Francis Burdett, and their partisans, as an advocate of their wicked purposes, he was now a persecuted prisoner at that bar. He had nothing more to offer, but to cast himself upon the commiseration of the Court and Jury. The Jury, without a minute’s hesitation, found the prisoner guilty.

The Chairman then addressed the prisoner, saying that to remonstrate with a person obviously so hardened in his iniquity would be only a waste of words. However, the Bench feeling it indispensably necessary to put a stop to the career of such an impostor, and to relieve the public from his farther depredations, had judged it right to send him out of the country.

He was sentenced to transportation for seven years.