The high rates of infant mortality in days gone by mean that most if not all family trees include a great number of children who died when they were very young. Many premature deaths were the result of infections or diseases which were poorly understood and which could neither be prevented nor cured effectively. Other young lives were cut short by tragic accidents – like the one which befell May [

Over the course of two decades, from 1890 to 1909, Elizabeth Jane Atcherley (nee Poynter) of New Swindon, Wiltshire bore her husband George thirteen children – eight of whom died during Elizabeth’s lifetime. Her very first child, named George after his father, died within months of his birth, and her last, Sidney Edward, fared little better, his young life ending in 1910. Child number 5, Rose, met a similar fate in 1895. George William, born the following year, survived his childhood but passed away in 1914 at the age of 17. Daughters Amy Beatrice, born 1898, and Violet, born 1906, lived longer and both married, but Violet died in 1934 along with her baby daughter Elizabeth Chambers and Amy Beatrice followed in 1934, leaving her husband Arthur James Burnett with three young children.

All of these deaths would have been keenly felt by George and Elizabeth Jane Atcherley, but while the circumstances in which they occurred are unknown to me, I suspect that the most painful loss was that which I have yet to describe. May and Amy Atcherley were twins who, having been born together, both lost their lives within the space of 14 hours, aged just one year and eleven months.

The story of May and Amy’s deaths was told in the depositions of family members, a neighbour and a doctor, at an inquest held at The Ship Hotel in New Swindon (pictured below in 1902) on the afternoon of Tuesday 23 June 1896. In charge of the proceedings was the Deputy Coroner Mr A Barns (probably Amos Barnes, a Swindon solicitor). The foreman of the jury was Mr H Green and, as was then customary, the bodies of the deceased were on view.

May and Amy Atcherley, who were described as being very strong and healthy, and well nourished, had lived with their parents and their older sister Ada Elizabeth at 106 Dean Street, New Swindon. Their father George Atcherley worked at the Great Western Railway locomotive works. Although there is no record of it being mentioned at the inquest, the girls’ mother was at that time pregnant with her sixth child (the above-mentioned George William). The evidence she gave was reported by the Swindon Advertiser as follows:

She said her name was Elizabeth Atcherley, and she was the mother of the twin children, whose bodies the jury had seen. On Sunday morning she washed and dressed the little ones and sent them out to play about a quarter to ten. A short time afterward she heard screams, and on going to the front of the house she discovered one of the children, May, in flames. She ran to the kitchen and fetched a towel, and when she returned May had ran to her sister Amy, whose clothes also became ignited. She extinguished the flames on one child, and then fainted away, receiving injuries to her right hand from the burns. She could only account for the children’s clothes setting on fire by their igniting a box of matches, which she saw burning in the passage. She thought one of the children must have taken the box of matches off the kitchen table. She had never seen them playing with matches before. The lives of the twins were insured.

Because of the burns to her hand, Elizabeth was too ill to attend the Ship Hotel so the above evidence was taken at her home. Afterwards, the jury returned to the Hotel to hear evidence from the other witnesses. One of those witnesses was a neighbour, Mrs Thomas. The Swindon Advertiser reported: 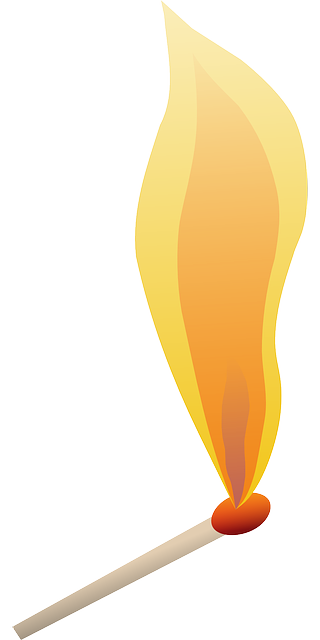 Ada Thomas, wife of Rees Thomas, of 46, Dean-street, opposite Mr Atcherley’s, said she was outside her front door on Sunday morning, when she heard a scream. She went to Mr Atcherley’s and discovered two children in flames; one was near the gate and the other in the passage. She did not know the two little ones apart from each other. Mrs Atcherley was trying to extinguish the flames on one child, and witness wrapped an apron and a shawl around the other. Witness did not see a box of matches burning, but she saw some loose matches on the floor. The children’s clothes were burnt off. One child cried very much but the other did not.

A Dr Walters had attended to the children around midday on the Sunday. He found that both May and Amy were extensively burnt, mainly on their backs, arms and legs, and one more than the other on her face. They were also suffering from severe shock. He thought at the time that Amy might recover. He saw the children twice on Monday 22 June. May Atcherley died on Monday evening about 6 pm, and Amy expired on Tuesday morning about 8 am. Both children had suffered from convulsions. Everything possible had been done for the girls, but shock and the extent of their burns proved fatal.

The final witness was May and Amy’s grandmother, Elizabeth Atcherley (nee Weeks) of 43 Albion Street, who with her late husband Edward Richard Atcherley was the progenitor of the Atcherleys of Swindon. She had been called to her son’s home in Dean Street at about 10 am on the Sunday morning, and arrived to find a doctor was dressing May and Amy’s wounds. She remained in the house, doing all she could for the girls, until their deaths.

In summing up the evidence which the jury had heard, the Coroner said that it appeared the girls’ deaths had been purely an accident. He commended Mrs Thomas for courage she had displayed in coming to the aid of the Atcherleys, and for doing this so quickly.

The jury agreed with the Coroner and expressed their sympathy to George and Elizabeth Atcherley. They returned a verdict of “accidental death from burns.”

It is impossible not to feel for Elizabeth Jane and George Atcherley, who saw so many of their children snatched away from them. Their surviving sons and daughters, and the grandchildren and great grandchildren who followed them, must in consequence have been all the more precious.

The great improvements made in the field of public health (and safety in the home) over the last century mean that today, the loss of a child – at least in in developed nations – is the exception rather than the norm. There is still work to be done however. Child mortality remains unacceptably high in many developing countries. Armed conflict is robbing too many families of their children (and is also depriving children of their parents). Then there are inherited genetic disorders which advances in modern healthcare have yet to beat. As you think about the children needlessly lost a hundred or more years ago,  please spare a moment to lend your support to one of the many charities working to improve and save the lives of the children of today.

UNICEF Syria Appeal | Save The Children