The Russians advanced in three columns of 1500 men each … but our pickets behaved admirably … firing through the intervals with such regularity and precision that the Russians were loth to advance any but skirmishers; and two hours were spent before the grand attack came on. There is no record, I believe, of pickets, amounting in all to five companies, keeping an enemy of such force at bay for so long a time; and it is therefore with a feeling of pride that we record the admirable conduct of Captain Conolly of the 49th, the clever resistance of Captain Atcherley of the 30th, at the ruins, and that of Major Champion of the 95th …

Advancement through the ranks of infantry and cavalry regiments by the sale and purchase of commissions, a system dating back to the time of Charles II, was common practice. However this method of progression would soon be called into question and brought to an end, in part because of the Crimean War – a conflict which Francis Atcherley would find himself in the thick of within a year of becoming Captain. [5, 6, 7]

The Crimea was part of the Ottoman Empire. By the mid 1800s this was an empire in decline, vulnerable to stronger European powers seeking opportunities to extend their influence over its territories. Both France and Russia sought authority over the Empire’s Christians and their churches, and began to back up their rival claims with military force. With little choice but to side with one of these two would-be ‘protectors’ the Ottoman Empire entered into a treaty with France. Fearing that Russian dominion over the Ottomans would lead to the expansion of the Russian Empire into Asia, Britain joined the Franco-Ottoman alliance. In 1854, following the Russian Tsar’s refusal of proposals for a peaceful end to the conflict, war was declared. [7]

Captain Francis Topping Atcherley and the 30th Regiment of Foot were part of an allied expeditionary force which landed at Eupatoria, north of Sevastopol (also referred to by the British as Sebastopol) in September 1854. Francis took part in the Battle of Alma on the 20th of that month and the ensuing siege of Sevastopol. 25 October 1854 saw the Russian forces’ failed attack on Balaclava and the infamous “Charge of the Light Brigade.” [7, 8] Atcherley, being an officer of the infantry or foot soldiers rather than a cavalry man, was not part of the “Charge.” He was however very much a part of the events which happened at Sevastopol the next day. An anonymous ‘non-combatant’ described the events as follows: 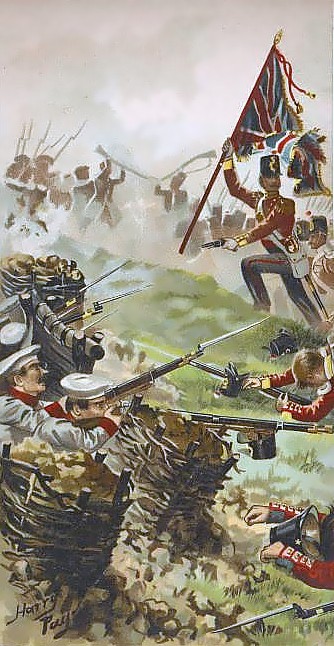 On the morning of the 26th several Russian columns of infantry, accompanied by artillery, were seen to issue from the eastern end of Sebastopol. It was at first believed that they were marching to join Liprandi’s corps by the road, still open, through the Inkerman valley; but turning to the right they ascended the hill, and suddenly appeared on the crest which commanded the camp of the 2nd division.

Another body at the same time approached by the road leading from the valley to the heights. They came somewhat by surprise upon the pickets belonging to the 30th and 49th Regiments. The conduct of an officer at the head of one of these small parties excited universal admiration. Holding his ground with undaunted courage against an overwhelming force, he succeeded in checking for some time the Russian advance; and when the ammunition of his men was expended, charging the enemy with his sword, he fell shot through the chest: this was Lieutenant Conolly of the 49th. Scarcely less distinguished were Captain Bayley and Captain Atcherley, and a serjeant named Sullivan, at the head of the pickets of the 30th Regiment. This handful of brave men opposed nearly 7000 men until Sir De Lacey Evans was able to mature his plans and form his two brigades into order of battle.

… the enemy was not only speedily repulsed, but, taking to flight, was pursued almost into town, with a loss subsequently estimated at nearly 1000 men, whilst our own amounted to only 12 killed and about 80 wounded. One hundred and sixty Russians were left dead within our lines, and 30 prisoners fell into our hands. The second division alone, at that time scarcely 1200 strong, defeated nearly 8000 men.

Although Francis Atcherley survived the “repulse of the sortie,” he did not escape injury. Lieutenant-General De Lacy Evans, in his despatch to Lord Raglan of 27 October 1854, stated: “Lieutenant Conolly of the 49th greatly distinguished himself, as did Captain Bayley of the 30th, and Captain Atcherley, all of whom, I regret to say, were severely wounded.” [10]

The wound which Francis suffered was caused by a musket ball hitting his left arm. Whether this injury led to him being nursed by Florence Nightingale I cannot say. It did however result in him being invalided home by the order of Lord Raglan. He returned with Captain Bayley aboard the Taurus, stopping at Malta en route. One of many officers to be awarded a sum of money in respect of wounds received in the Crimea, he received £52. 16s. 11d. [11, 12, 13]

On Thursday 12 April 1855, Francis attended a public dinner held in his honour at the Red Lion in the Shropshire village of Middle (or Myddle, in which parish Francis’ home at Marton Hall was situated). [13] The dinner was “presided over by the rector of Middle, the Rev. G. H. Egerton, and was numerously and respectably attended.” There, he was presented with a testimonial paid for by the tenantry and friends of the Atcherley family, in the form of a silver salver on which the following words were engraved:

Presented this 12th day of April, 1855, to Captain Francis Topping Atcherley, 30th Regiment, by his friends and neighbours on his return from the Crimea, where he was engaged in the memorable battle of the Alma, on the 25th of September, 1854, and was wounded in the severe action before Sebastopol on the 26th October, on which occasion his name was honourably mentioned in the despatches of the Commander-in-Chief.

The testimonial presented to Francis Topping Atcherley did not mark the end of his military career. Nor indeed did it mark the end of his involvement in the Crimean War. On 17 July 1855 he was promoted to Brevet Major and within a few weeks of this, on 8 September, he was taking part in the “assault on the Redan.” [8] The conclusion of Brevet Major Atcherley’s Crimean campaign will be the subject of Part 2 of this article.