An assessment of Samuel Atcherley’s future prospects, based on the first two census returns in which he appeared, does not paint a promising picture. In 1871, at the age of 6, Samuel was the youngest of four children who were being cared for by their widowed mother, Jane Atcherley. Jane, working as a laundress to make ends meet, was supporting not only her four youngest children, but also her 75-year-old mother. Over the next ten years Jane’s mother passed away, and two of her children moved out having found work elsewhere. The remaining daughter, Martha, joined Jane as a laundress, but in 1881 Samuel – although old enough to be at work – was still at school. Samuel’s schooling, however, was the key to a brighter future than might otherwise have been in store for him.

] had some surprising skills, and these were being developed at an educational establishment which might have been tailor-made for his talents: Shrewsbury School of Science and Art. To find out more about this school, and the movement of which it was a part, we must turn to another source of information from 1881. A report in the Eddowes’s Shrewsbury Journal published on 23 February that year provides a handy history:

The Great Exhibition of 1851 led to the formation of Schools of Art a few years later, and the Shrewsbury School of Art was founded in 1855. It originated in a public breakfast at the Royal Free Grammar School given by Dr. Kennedy to a body of gentlemen who had been invited to meet Dr. Lyon Playfair and inaugurate the movement. 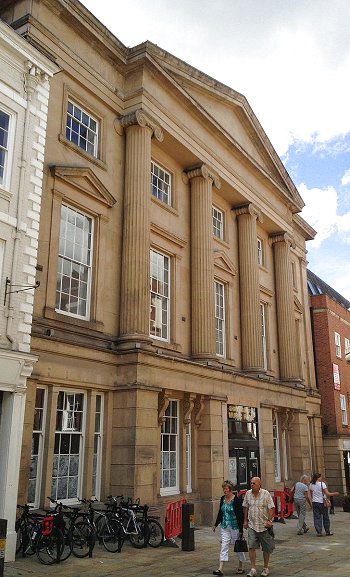 About the same time ‘Vaughan’s Mansion’ formed one lot of the Talbot property, and when it fell under the hammer was bought by a few noblemen and gentlemen, who had subscribed £1,330 for the purpose of preserving the old building from destruction in the first place, and with the laudable object, in the next place, of providing proper rooms for art instruction, and ample accommodation for the antiquities and curiosities collected in the Museum.

Thus the 13th-century Vaughan’s Mansion (the surviving parts of which now form part of Shrewsbury’s Museum and Art Gallery, the Victorian front of which is pictured left) became the home of the Shrewsbury School of Science and Art. The above newspaper report also mentioned Samuel Atcherley. His name appeared in several other copies of Eddowes’s Journal too. The earliest that I have found dates back to August 1878, when Samuel was approaching his 14th birthday. It indicates that Sam had been a pupil for several months at least, and that he had made a strong start:

Shrewsbury School of Science and Art.—The committee announce that they have received from the Science and Art Department of the Committee of Council on Education, South Kensington, the following results of the examination held in the various subjects, in Shrewsbury, during the month of May, 1878:—Results of the second grade examination in drawing. Passed with honours and prize: Freehand, Samuel Atcherley …

In December 1878, when an exhibition of drawings and paintings was held along with the distribution of awards, the list of students who had passed Art at second grade was headed by “S. Atcherley (‘excellent’ certificate and prize)”. The results from May 1879, announced in August, were described as “the most successful yet achieved by the Shrewsbury School of Art”, with “S. Atcherley” making his mark again. He won a prize in national competition, gained a distinction in the elementary section, and passed (without honours) in model drawing.

Samuel continued to develop his artistic abilities. At the annual distribution of awards in February 1880 he gained a certificate in the second grade examination, for model drawing, a prize – Moody’s Lectures and Lessons on Art – for his freehand work in the third grade exam, and also won one of several local prizes, which were paid for by special subscriptions. Samuel’s prize, for his “Outline of Madeline Pilaster”, was a copy of Manual of Geography by W Hughes.

Samuel was then successful in the geometry category of the second grade drawing exam held in April 1880, and received his certificate for this at the annual prize-giving event in February 1881. At the same event, he won what was to be the first of several prizes for his “designs for ribbons”, the reward on this occasion being Poynter’s Ten Lectures on Art and Lanzi’s History of Painting (3 volumes). As if he did not have enough to carry home, he also won the Vacation Art Club’s first prize (Chevreal on Colour) for his freehand work. He must have been delighted, and I hope his mother was proud. How incongruous his art books must have appeared in the Atcherley family’s little cottage, out ‘in the sticks’ at Tiddicross.

This does beg the question, how were Samuel’s lessons paid for? Attendance at the School of Science and Art was not free. A notice published in Eddowes’s Shrewsbury Journal of 14 January 1874 gave the fees for the Gentlemen’s classes as £1 1s per quarter, while the Artizan’s evening classes (which took place on Mondays, Wednesdays and Fridays from 7pm to 9pm) cost 5 shilling a quarter. What a huge financial sacrifice this would have been for Samuel’s mother Jane if she was footing the bill.

I wonder if the local Board of Guardians paid, as a means of setting Samuel up for a career and reducing the risk of him ending up in the workhouse and becoming a burden on the local rate payers? The headmaster of the school, speaking in 1883, stated that “the primary object of Schools of Art was to produce good designers to improve the Art manufactures of this country”. The production of good designers would of course be of benefit not just to manufacturers but also to the designers themselves, and the wider community.

The exact circumstances in which Samuel Atcherley found his way into Shrewsbury School of Science and Art will probably never be known for sure. What is known is that Samuel made the most of the opportunity that was he was given. The work which he completed and which was sent to South Kensington in April 1881 meant that he was among the students of that year who won “Third grade prizes, 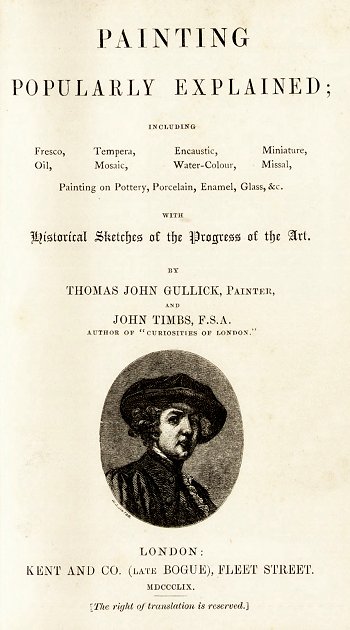 consisting of handsomely bound books on Art subjects and portfolios of photographs”. Meanwhile, in the local examinations of 1881, Samuel “gained a prize in perspective”. More awards were to come Samuel’s way in January 1882, when Sir Baldwyn Leighton, MP, presided over the prize-giving ceremony.

Samuel’s success on this occasion was staggering, with prizes garnered from the second grade examination, the third grade examination (for ornamental arrangement of plants at stage 22a, and designs for ribbons at stage 23c), the Vacation Art Club awards (for ornamental arrangement of plants) and the local prizes (for a design for wrought iron gates). This artistic young Atcherley went away with copies of Wornum’s Analysis of Ornament, Lindley’s School Botany, Bell’s Anatomy of Expression, Penley’s Sketching from Nature, Gullick and Timbs’s Painting Popularly Explained, and Dresser’s Principles of Design.

A further three years of work at the school of art followed, with more prizes won and examinations passed. Designs for ribbons were recognised once more in 1882 and 1883, while in the latter year Samuel also passed the Art Pupil Teacher’s Examinations (in “Outline from the cast”). Third prize in stage 23c came in 1884, and the following year Samuel completed the intermediate certificate of the school’s art department.

Samuel Atcherley reached the age of 21 towards the end of 1885, and it was probably around that time that his education at Shrewsbury School of Science of Art came to an end and the world of work beckoned. Sam’s mother Jane died in May the following year, and was buried at Wrockwardine St Peter on 21 May 1886. Was Samuel still living with Jane, at Tiddicross, at the time of her death? I don’t know, but by 1891, when the next census was taken, Sam was lodging with the Rogers family in Oxford Road, Altincham, in Cheshire. His years of study in Shrewsbury had paid off, as his occupation was recorded as “Designer (Cotton Prints)”.

]. The nuptials took place at Altrincham St John (pictured below) on 14 June 1900. It is interesting to note that in the entry made in the marriage register, Samuel ‘promoted’ his late father Thomas from Labourer to Farmer! The register also shows that, prior to their wedding, Samuel and Olive had been next door neighbours: Samuel’s address was 13 Byron Street while Olive’s was number 11. By 1 April 1901, on which day the nation’s census schedules were collected, Sam and Olive had moved to 9 Linden Avenue in Altincham. Living with them was Olive’s brother George Gidman, a soldier. 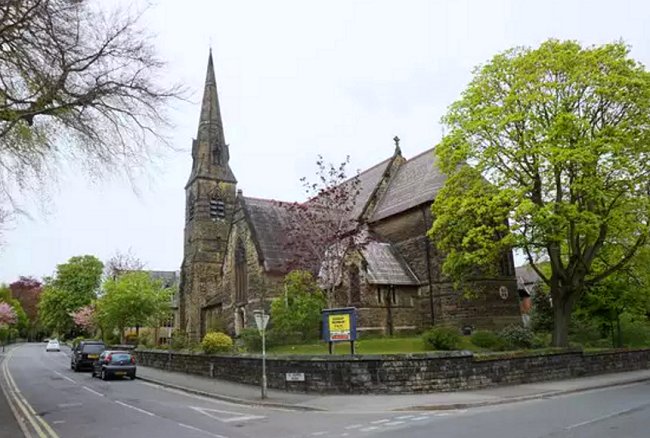 ], was born. The family was by this time living in Hawthorn Road in Hale, but Samuel was still working as a designer. Sam remained in Hale for the rest of his life, living there with Olive and, until her marriage in 1933, Vera. The Atcherleys resided at various address including Ashley Road (numbers 178, 188 and 182), 7 Bancroft Road and finally 16 Hawthorn Avenue.

Unfortunately for Samuel, his skills as an artist and designer did not guarantee him constant work. In July 1908, he placed several advertisements in the Manchester Courier seeking a position as an art class teacher, either at a school or in private tuition. Samuel stated that he was certified (South Kensington) and could provide “highest references”.

These ads were evidently unsuccessful, because in October 1908 Samuel placed another advertisement: “DESIGNER to Calico Printer REQUIRES SITUATION; 23½ years’ reference.” He seems to have had better luck with this attempt to regain employment, as he was recorded on the 1911 census as working once more as a designer, in the calico printing industry.

Were Samuel’s skills rewarded with work post-1911? Records for this part of Sam’s life are few and far between, but the years in question were difficult for many. The turmoil of the Great War was followed by a decade in which Britain’s economy struggled – then came the Wall Street crash of 1929 and the Great Depression of the 1930s. When the 1939 Register was taken at the beginning of the Second World War, Samuel, formerly a calico print designer, was unemployed. He died the following year, aged 75, and was buried at Hale Cemetery on 11 January. He did not leave a will and no administration of his effects was granted.

Olive Atcherley went to live in Manchester after Samuel’s death and died there on 27 January 1945; she was buried with her husband at Hale Cemetery four days later. Administration of her effects was granted to her daughter Vera; they were valued at £692 11s. From this it appears that although this Atcherley family was not wealthy, it was not destitute either: Samuel’s skills had, I hope, kept him, and Olive, afloat during troublesome times.

] had skills of his own: he was (according to the 1939 Register) a watch and clock repairer and jeweller’s agent. When Geoffrey died in 1951, he left effects valued at over £3127, a sum which must have enabled Samuel and Olive Atcherley’s daughter to live comfortably until her own death, at the age of 87, in 1991.