< Back to Atcherleys of Christmas Past, Part 1

A world away from the privations of 20th century battlefields and POW camps, the well-to-do in early 19th century England had a wide range of delicacies from which to choose at Christmas. On 10 December 1828 Benjamin Jones [

] of Shrewsbury, who had married Bell Atcherley of that town five years earlier, placed the following advertisement in the Salopian Journal:

WYLE-COP, SHREWSBURY
Wholesale and Retail
GROCER, TEA DEALER, CHEESE, BUTTER, AND HOP FACTOR
BENJAMIN JONES
Returns his most grateful Thanks to his Friends and the Public in general, for the very liberal Encouragement and Support he has met with since his Commencement in the above Situation; and begs Leave to inform them, that he has just received his Christmas Supply of fine, rich, new FRUIT, which consists of fine Zante Currants, large Valencia Raisins, fine Turkey Ditto, fine [Calabria?] Ditto, new Denia Ditto for Wine, fine Green Portugal Grapes, large Bunch Muscatel Raisins, fine Pulled and Flat Figs, Imperial French Plums and Prunes, Jordan and French Almonds, Lemons, and Oranges, Lemon, Orange, and Citron Candied Peel, with every other Article in the general Tea and Grocery Business, of the very first Quality …

Some sought to profit from Christmas in other ways, but fell foul of the law. In February 1894 William Owen, a grocer of Welsh Frankton in Shropshire, found himself before County Petty Sessions at Oswestry. The Justices of the Peace that day, all members of the local gentry or clergy, included Francis Robinson Hartland Atcherley [

]. Owen was charged, by Superintendent Langford, with “selling tickets at the Frankton Club House in a lottery not authorised by Act of Parliament and called a Christmas draw.” For this offence against the Lottery Act, which had presumably taken place sometime during the previous December, he was fined one shilling, plus 6s. 6d. costs.

] had also been a Justice of the Peace. On 20 January 1873 he sat with the Reverend C O Kenyon at the Baschurch Petty Sessions, where two of the defendants were each charged, in effect, with having had rather too merry a Christmas. Richard Jones pleaded guilty to being drunk and riotous on Christmas night and was fined 10s. and 6s. 9d. costs. George Jones meanwhile “was charged with being drunk and refusing to quit the Powis Arms, Ruyton, kept by Mrs Gorden, on the 26th December. P.C. Cole proved the case. Defendant was fined 5s., and 9s. costs, in default fourteen days’ imprisonment.”

] in 1805. John, who had been appointed Curate of the parish of Wednesbury in Staffordshire, found parish affairs in the firm grip of the church wardens and their ally the beadle. These men, he believed, “had been in office so long, and had become so cruel and oppressive to those whom they should protect” that they should be removed. He cited as evidence their “cruelty to a Mr. Foster, a schoolmaster” and “their barbarity to another inoffensive man, viz. the governor of the workhouse”. In a pamphlet which John had privately printed in 1806, he stated:

I returned unexpectedly to the parish, and just time enough to behold the distressed situation of the governor and his wife. On the 24th of December I returned from Shrewsbury, and on the following day, during divine service, the church wardens entered the workhouse with constables, bailiffs, and a multitude of men equally pious with themselves, and actually turned the governor and his wife, (who were sojourners in this iron-hearted land) into the snow-covered street.

Sadly, John found that challenging the status quo in Wednesbury simply brought the attentions of the church wardens upon himself. The Vicar of the parish, the Rev Alexander Bunn Haden, gave his Curate no support – according to John, Haden “seemed determined not to visit his parish” and he quotes Haden as saying “it is as much as my life is worth to come among them.” The Rev John Atcherley eventually left Wednesbury to take up the curacy of Market Drayton. (See The Curate of Wednesbury and His Vicar – Part 1 and Part 2.) 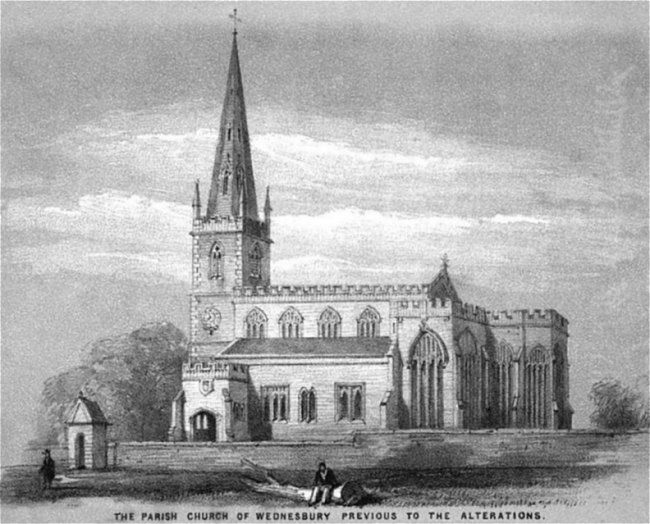 ] in 1916. After the outbreak of the First World War, Walter (then residing at Ilfracombe in Devon) had volunteered as a Special Constable, as a member of the Volunteer Training Corps, and as Assistant Commandant of the local Voluntary Aid Detachment (or V.A.D.) Committee. In was in the latter role that Walter helped to organise a Christmas Fair to raise funds for the local V.A.D. hospital. The fair took place at Runnacleave Hall, and its successful outcome was reported on in the North Devon Journal:

There was a crowded attendance, and the stalls included all kinds of provisions—rabbits, fruit, meat, fish, vegetables, and household goods of many kinds. There were variety entertainments, competitions, illusions, palmistry, sleight of hand, and other attractions, and Mr. W. C. Hutchings, F.A.I., gave his services as auctioneer in disposing of many of the things for sale. The sale realised about £75.

The townspeople of Rhyl on the north coast of Wales, which towards the end of the 1900s included several members of the Atcherley family, also exhibited the true spirit of Christmas. On 3 January 1874 the Wrexham Advertiser reported:

Christmas Trees.—Several large Christmas trees, laden with useful and ornamental articles, were exhibited in the school-room, Wellington-road, Rhyl, on Tuesday, in aid of the funds of the new church schools and the improvements at the Ragged Schools. Mrs (Colonel) Atcherley, Mrs (Canon) Morgan, and Mrs Tudor Owen presided, and gave, in company with other ladies, much valuable property for sale. There was a large attendance of visitors, and a good sum of money realised. 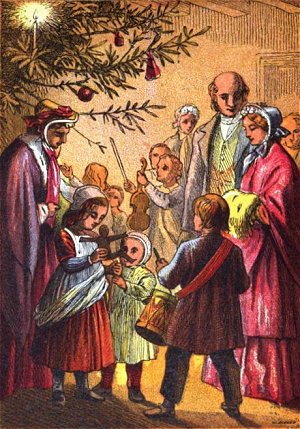 ], the second wife of Lt-Col Francis Topping Atcherley and stepmother to the Colonel’s four young children. Those children included Francis Robinson Hartland Atcherley (mentioned earlier in this article) and Catherine Emma Grace Atcherley, who was known as Grace. Grace was possibly the Miss Atcherley who, according to the Rhyl Journal of 4 January 1890, contributed to a “Christmas Tree and Sale of Work” at the Boys’ Schoolroom in the town on 20 and 27 December 1889. This event was held “in support of the day Schools, and the improvement and enlargement of the Church Organ”.

] also passed some of his later years in Rhyl. He is credited with writing the words for Corbet S Catty’s “Sleigh Song and Chorus” in 1879 (the song began “Light flakes of snow” but regrettably the rest of the lyrics remain a mystery to me). He also wrote the following “New Year’s ode” which was performed at a ‘Parish Gathering’ held at Rhyl Town Hall on 5 January 1888:

Hark : midnight chimes ! who’s yonder guest
The frozen pane that’s beating,
And his request in gentle tones
To enter in repeating ?
‘Tis the New Year with beaming face
His greeting hastes to bid us :
Welcome New Year, if thou dost pitch
Thy camp in peace amid us.
Welcome, if from our coasts thou scare
Depression’s leaden hue,
And commerce, agriculture, twin
Stars, reappear on view !
If a bright silver wedding on
Our Prince and Princess dawn,
And fields scarce tilled shall laugh and sing
With yellow waning corn.
If ne’er on thrones and dynasties
Ambition vaultings sit
On Danube, Drieper, Seine, Spree’s banks
With torch of war re-lit !
Such may thy omens be ! so may
Rose, shamrock, thistle meet,
Three peoples, yet one kingdom, and
One harmony complete.
W. A. A.
Marton,
Xmas, 1887.