< Back to Hope and Hester Atcherley’s World War One – Part 2.

As she stood in the grounds of the Roodee, between the River Dee and Chester’s ancient city walls, Mary Elizabeth Hope Atcherley might well have experienced a feeling of déjà vu. She had been here before, back in 1914 when, almost on the eve of the Great War, she and her sister Hester had taken part in an exercise organised by the British Red Cross Society. Now here she was again, in 1939, commanding the BRCS Cheshire 46 Voluntary Aid Detachment, and collecting her first aid bar, home nursing bar and anti-gas proficiency badge and bar. A second global conflict was only a few months away.

After the end of the Great War in 1918, life for the Atcherleys of Chester was comfortable and largely uneventful. Hope [

] continued to live with their widowed mother Caroline (or “Mrs Richard Atcherley” as a male-orientated world referred to her) at 44 Hough Green. In contrast to the war years, their names rarely (if ever) made it into the local newspapers. Their lives were not completely uneventful however.

It appears that Hester was the more adventurous of the two sisters. I have yet to find a record of her departure, but some time in 1934 she travelled to Kenya. She most likely went there to visit her cousin Muriel Hemsted, née Atcherley, and probably stayed with Muriel’s family at their cottage beneath the Ngong Hills (see Muriel Hope Atcherley: In and Out of Africa for Muriel’s story). The passenger list for the Dunluce Castle, which arrived at London on 3 January 1935, shows that 39-year-old Hester (her forenames recorded as Eleanor Hester Mary rather than Hester Mary Eleanor), who had embarked at Mombasa, was returning to her family’s home at Hough Green. 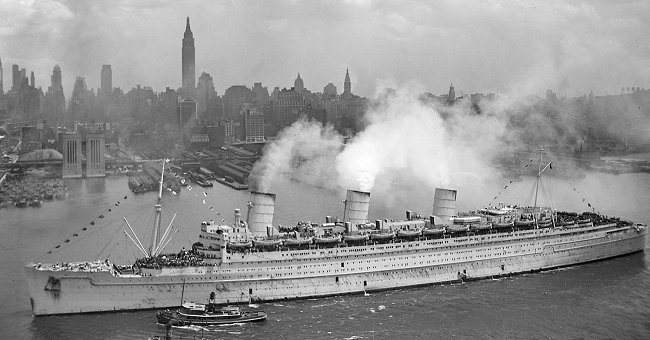 After the death of Caroline Atcherley in December 1935, Hope and Hester moved to Laburnum Cottage, situated in Private Walk, Dee Banks. Hester took another sea voyage in 1938, this time heading for New York aboard RMS Queen Mary. She left Southampton on 30 March and arrived at the ‘Big Apple’ five days later. The manifest completed for the US immigration officials showed that Hester, who was 5 feet 10 inches tall,  with a fair complexion, fair hair and grey eyes, was going to join a friend, Miss M Davies, in New York’s East 42nd Street. I suspect a few months of sight-seeing followed, before Hester returned to Britain on the Empress of Australia. She arrived at Southampton on 26 July 1938.

Hope Atcherley may have been a ‘stay-at-home’, but she was far from inactive – particularly during the war years. While both Hope and Hester had been VADs during the First World War, Hope was the only one of the sisters who renewed her active association with the British Red Cross Society as the Second World War approached.

In February 1939, Hope attended a British Red Cross Dance at Chester Town Hall in her capacity as Assistant Commandant of the Cheshire 46 V.A.D. By 27 March 1939, when the BRCS Chester Division’s new headquarters was opened in Watergate Street, Hope was Acting Commandant of her detachment. By the end of April, when she was part of a committee which organised a Flag Day to raise funds for the BRCS, Hope was full Commandant of Cheshire 46.

Hope Atcherley received her bars and badge for first aid, home nursing and anti-gas proficiency during a War Office inspection of the BRCS Chester Division on 17 May 1939. Many other proficiency badges and bars, merit badges and advance certificates for first-aid, anti-gas, and home nursing were also awarded that day. In all, six Voluntary Aid Detachments – numbers 7, 12, 16, 24, 46 and 88 – were on parade. War had not yet been declared but preparations, by Government and by civilian organisations, was well underway.

Although the prospect of war with Germany loomed large, everyday life continued. On 16 June 1939, when a concert programme took place at the Assembly Rooms in Chester, a charity auction was also held to raise funds for the Chester Orthopaedic After-care Clinic and the British Red Cross Society. “Socialite”, a correspondent of the Chester Chronicle, reported on the event and in particular on the outfits worm by the ladies who were present. One of those ladies, doing her bit for the Red Cross, was Hope Atcherley, “who looked smart in an originally designed gown of pink and black.”

Just a few weeks later, on 3 September 1939, Britain declared war on Germany. Plans had already been made for the compilation of a national identity register, and National Registration Day took place on 29 September. Hope and Hester Atcherley were recorded at Laburnum Cottage, along with a lady by the name of Susanna P McAlister. The Atcherley sisters were of ‘Private Means’, with Hope in addition shown as Commandant Cheshire 46 V.A.D., B.R.C.S., and also as a member of the C.N.R (Civil Nursing Reserve). (See Census etc: 1930s, and Atcherleys on the eve of World War Two – the 1939 Register.) 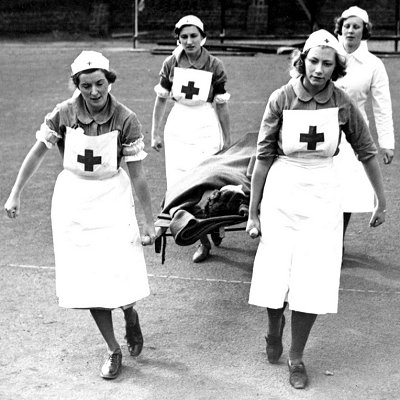 A report in the Chester Chronicle of 21 October 1939 revealed that nursing training by the BRCS was “in full swing”, with 120 women taking part in a successful home nursing examination on the 19th, and several VADs and Civil Nursing Reserve members already claimed for military work. Miss Atcherley – Hope – was named as one of those “in charge of Red Cross detachments in and around Chester”. The report stated:

The Red Cross Society in Chester is working most efficiently and with unflagging enthusiasm. Nowhere in the city is there a greater hive of industry than the Hospital Supply Service rooms in Watergate-street, which are run jointly by the Red Cross Society and the St. John Ambulance. Nor is this the only centre of such activity. Scattered all over the city and its environs are parties of women doing their work diligently. […] Hospital supplies are urgently needed, and busy fingers work rapidly throughout the day at the Watergate-street depot. Not merely military needs, but the needs of local hospitals, who will care for civilian casualties, will have to be met.

The housewives of Cheshire were also encouraged to play their part and were encouraged, “in the quiet of their own home of an evening, [to] knit socks, mittens, gloves, mufflers, and helmets for the troops.” Others in Chester had their eyes on an even larger contribution to the war effort, and Hope (or possibly Hester) Atcherley was involved in that too.

During the course of her term of office as Mayor of Chester in 1939-40, Mrs. Kate Clarke established the Chester Fighter Plane Fund. The citizens of Chester responded magnificently, with various committees set up and events organised to raise the money needed. The Women’s Voluntary Service was also involved, at it appears to be connection with that organisation that tribute was paid to the work of “Mrs. Knowles, Miss Atcherley, Mrs. Musgrave and Mrs. Sanders.” Almost certainly the Miss Atcherley in question was Hope, but the possibility that Hester was involved cannot be ruled out. Nearly £8,000 had been raised by the time the fund was closed in October 1940, and a cheque was to be “forwarded to Lord Beaverbrook, with the request that the ‘plane be called the ‘City of Chester.’”

The Mayor of Chester had stated that her Fighter Plane Fund was “a personal tribute to the gallantry of our airmen.” Two of those airmen were of cousins of Hope and Hester, the RAF’s ‘flying twins’ Richard and David Atcherley. It is therefore no surprise to find that reports on Richard or David, when they appeared in the Chester or Cheshire newspapers, mentioned that the Atcherley twin concerned was “a cousin of Miss Atcherley” or more specifically a “cousin of Miss M. E. H. Atcherley”. 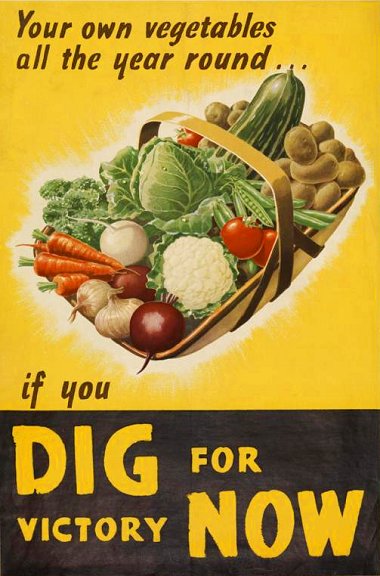 “Digging for Victory” was another way in which people could contribute to the nation’s strength during the war, and Chester held its own annual “Dig for Victory” Show. Citizens were urged not only to grow their own vegetables, but also to rear rabbits, poultry and pigeons for meat (and, in the case of poultry, eggs). These events, as well as promoting greater self-sufficiency, raised funds for the Red Cross Agriculture Fund too. In competition at the 1943 show, “Miss H. Atcherley” (Hester?) took second place for her “First cross leghorn cross R.I.R. female”, while “Miss Atcherley” (Hope?) was runner-up in the categories “Duck or drake of any variety” and “Eggs, best plate of three, white”. “Miss Atcherley” had also taken second place for a “First cross hen or pullet” and was highly commended for her eggs at a Rabbit Show which took place at Chester earlier that year (the event raised over £300 for the Red Cross).

Meanwhile, the focus of Hope Atcherley’s voluntary work, within and without the Red Cross, was focussing more and more on the younger generation. At a BRCS competition held in May 1943, “Saltney Wood Memorial School attached to Cheshire 46, trained by Miss Atcherley” won the Junior Links section. The following year, Miss Atcherley of Laburnum Cottage – there can be little doubt that this was Hope – was advertising in the Cheshire Observer for a part-time Youth Leader (salary £80 a year) for the Chester Boys’ and Girls’ Club. By 1945 Miss Hope Atcherley was Chester Youth Organiser of the BRCS. She was no doubt pleased to see Saltney Wood Memorial School take second place in the finals of the Chester Junior Red Cross Competitions, held in April that year.

As we have seen, Hope’s sister Hester Atcherley kept a much lower profile during the years of the Second World War. When her name did appear in the Cheshire press, it was usually given alongside that of Hope and in connection with a funeral service which the sisters attended. One exception was a notice which Hester placed in the “Lost” column of the Chester Chronicle of 13 January 1945, offering a reward for the return of a Gent’s “Strap Wristlet Watch (metal case)”. A gift for a male relative perhaps?

1945 of course also saw the end of the war, in Europe and in the East, but there was no quick return to ‘normal’ life in Britain. Just as the Mayor of Chester had forecast at the 1943 Dig for Victory Show, “home-produced food would be needed even when hostilities ceased.” Food rationing continued into the 1950s with meat being the last commodity to be ‘de-rationed’ in 1954. Hester Atcherley, who had been unable to attend the funeral of her uncle Llewellyn Atcherley in February that year, died on 7 June 1955. She was buried in the family plot at Overleigh Cemetery three days later. Mary Elizabeth Hope Atcherley joined the rest of her family at Overleigh on 4 March 1963, following a service at Chester Cathedral, having passed away at Laburnum Cottage on the last day of February.