Today the wedding of Prince William and Catherine Middleton, now the Duke and Duchess of Cambridge, is the focus of attention for many, not just in Britain but around the world. The marriage of a ‘commoner’ and a man who is second in line to the throne has inspired more than a few genealogists to investigate the possibility that they may be related to the new addition to the Royal family. It has also prompted me to follow up the possible Royal connections of a member of the Atcherley family, first made known to me by fellow Atcherley descendant Malcolm White.

The Atcherley who might have carried a few Royal genes was John Atcherley’s first wife Judith, née Kynaston [

] (John and Judith were married at St Mary’s church in Shrewsbury on 26 March 1635). We can start probing Judith’s ancestry with the help of Joseph Morris’s Genealogy of Shropshire (the contents of which were used in the compilation of an online tree once hosted by FamilySearch) and the 1623 Visitation of Shropshire. 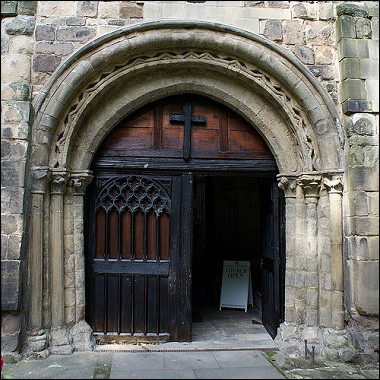 Morris identifies Judith as the daughter of Arthur Kynaston (and his wife Judith Chambre), baptised on 7 April 1613 at the church where she would later marry John Atcherley. A record of her baptism can be found on FamilySearch; it is the only record of a Judith Kynaston being baptised in Shropshire in the right time period. According to Morris, Arthur Kynaston was (like John Atcherley) a draper in Shrewsbury and it is perhaps through this connection that John and Judith met (see John Atcherley, draper of Shrewsbury). Arthur Kynaston died less than three months after his daughter Judith’s marriage, and was buried on 19 June 1635 at St Mary’s.

Arthur appears, as Arthurus Kynaston, in a pedigree of the Kynaston family drawn up for the 1623 Visitation of Shropshire (page 298). This pedigree shows (on page 297) that he was the son of Thomas Kynaston of “Ryton” (Ruyton-of-the-Eleven-Towns) and Elizabeth Lee.

Thomas Kynaston’s line can then be traced back through his parents Richard Kynaston and Mallt ferch Huw (Matilda, daughter of Hugh ap Madoc); his grandparents John Kynaston and Eleanor; and his great grandfather William Kynaston. After this there is a little confusion. The Visitation‘s pedigree shows that William’s parents were Griffin (or Griffiths) Kynaston and Margaret, daughter of John Hoord. The family tree once available at FamilySearch shows another generation between William and Griffin (or Gruffud as he was there named) and Margaret – Jenkin (or John) Kynaston and his wife Jane Mainwaring.

After this, the ancestral trails agree once more. Griffin / Griffiths / Gruffud Kynaston’s father is named as John (a.k.a. Jenkin), and John’s parents as Madog or Madoc Kynaston and Isolda Percy of Northumberland. The ancestry of Madog Kynaston can then be traced back to Sir Gruffud Vychan ap Iorwerth and thence even further back, to a line of Brenins (or Princes; some use the term Kings) of Powys: Royalty of a sort.

Royalty of an entirely different kind may be amongst the forebears of Madog Kynaston’s wife, Isolda Percy of Northumberland. Neither Morris nor the Visitation reveal any more about Isolda, but Philip Yorke’s The Royal Tribes of Wales (published in 1799) does. Yorke tells us that Isolda was a daughter of the Earl of Northumberland. Yorke also states that Isolda’s husband Madog Kynaston was killed in the Battle of Shrewsbury (in 1403). If the few available sources relating to Isolda (such as Burke’s Genealogical and Heraldic History of the Commoners of Great Britain) can be relied upon, Isolda also lost her brother, Henry “Hotspur” Percy (who led the forces against King Henry VI), during that battle. Madog Kynaston and Hotspur Percy, who lost their lives while fighting on the same side, were brothers-in-law as well as brothers in arms, it would seem.

What is known with certainty is that the parents of Hotspur were Henry Percy, 1st Earl of Northumberland, and his wife Margaret de Neville. Henry was the son of Henry de Percy and Mary of Lancaster, or Mary Plantaganet. He was therefore also a great great grandson of Henry Plantaganet – King Henry III of England. His wife Margaret was a descendant of King John. This would make Isolda Percy a descendant of King John too, and a 3 x great granddaughter of Henry III. It would also make Isolda’s descendants – including Judith Kynaston and her Atcherley children – ‘of Royal blood’ … if Isolda was the daughter of Henry, 1st Earl of Northumberland.

The problem with this theory is that there does not seem to be universal agreement that Henry had a daughter named Isolda. Having described Isolda as a daughter of the Earl of Northumberland in his Genealogical and Heraldic History of the Commoners of Great Britain, Burke then contradicts himself in his General and heraldic dictionary of the peerage and baronetage by listing only one daughter for Henry, named Margaret. Another publication, Plantaganet Ancestry, also lists only Margaret while The Complete Peerage indicates that Henry did not have any daughters! 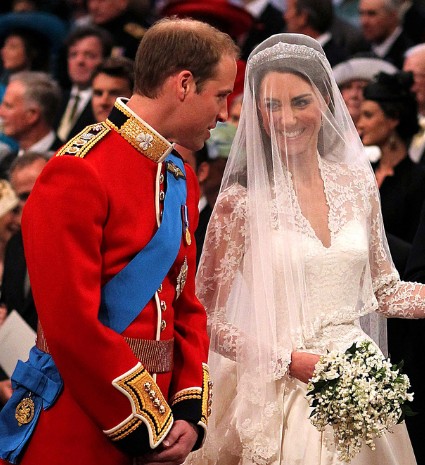 Whether Judith Atcherley, nee Kynaston, had Royal ancestry depends on which sources you choose to accept. However even if the case for such ancestry is not clearly proven, there remains the possibility of a connection between Judith and the Prince who married today (pictured right).