After attending the International Police Conference in New York in 1922, Major-General Llewellyn William Atcherley, HM Inspector of Constabulary, resumed his normal duties. Travelling around the country, he viewed parades of police officers before inspecting ‘the books’ and the police forces’ facilities. These events provided opportunities to show off local police to the public as well as the Home Office’s representative, particularly through press coverage. After each inspection there was a report which, where necessary, included recommendations for improvements. If all was well, a certificate of efficiency was issued. 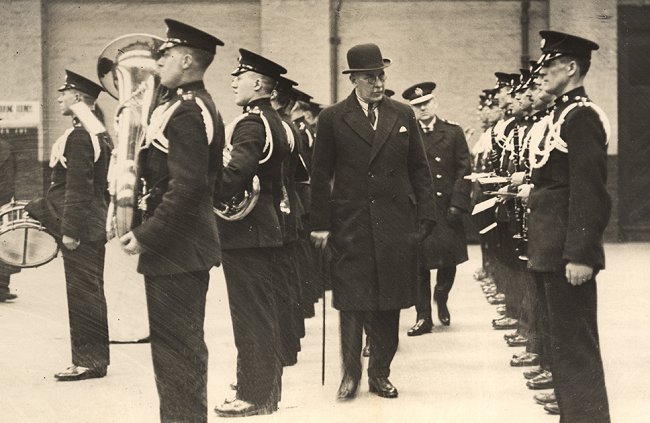 Newspaper reports of HMIC inspections increasingly included photographs. The example above (from the collection of Newcastle Libraries) has been dated to around 1930-31 and shows Major General Sir Llewellyn Atcherley inspecting the Newcastle City Police Band. Hopefully that day was rather less eventful than the one in February 1925 when Llewellyn (who had not received his knighthood at that point) visited the city. Six mounted police officers were then on parade for the Inspector’s visit, and according to the Yorkshire Post: “Just after their dismissal the horse which Constable Sidney Ireland was riding reared and fell backward on its rider. Ireland received injuries to the thigh, and was taken to the Infirmary.”

Llewellyn sometimes performed additional, ceremonial duties alongside his official role, such as unveiling plaques or presenting medals and awards. For example on 3 February 1923 at Nottingham Guildhall, he unveiled a memorial tablet in memory of eight of the city’s police officers and a member of the fire brigade who had lost their lives during the Great War. And on 4 March 1931, immediately after his inspection of the Elham Division of the Kent County Constabulary, Llewellyn presented PC Halliday with the RSPCA’s highest award, its silver medal. This was “in recognition of [PC Halliday’s] bravery in saving a dog’s life by going down a well at Elham on February 8th.”

Although there were certainly diversions from Llewellyn Atcherley’s primary function, the examination of police personnel, books, procedures and resources was always the central part of his visits. Press coverage relating to these inspections was not always as serious as it should perhaps have been. In 1927, a ‘Special Correspondent’ to the Hull Daily Mail, in a rather irreverent report on the proceedings of a meeting of Beverley Council, wrote:

The Mayor got a chance to say a few words as chairman of the Watch Committee.
Major-General Sir L. W. Atcherley, C.M.G., C.V.O., H.M. Inspector of Constabulary, had been over to put the “wind-up” the Beverley Bobbies, but on parade the Beverley Police blew their chests out, their badges and buttons shone like silver, “at attention” they were a marvel, and still better “stood at ease.”
Major-General Sir L. W. Atcherley with all those titles after his name, signed the book at the police station and over his signature put . . . . well, I won’t tell you.
If I did some chests would be so tight they would never get their tunics off again. Besides, they might want a bigger size in hats . . . . and we must economize.

An example of a more typical report appeared the previous year, in the Burnley News of 11 September 1926:

The annual inspection of the Burnley Police Force by Major-General Sir L. W. Atcherley, C.M.G., C.V.O., his Majesty’s Inspector of Constabulary, took place on Tuesday, when there were on parade Chief Constable Fairclough, Supt. McKniff, four inspectors, eight sergeants, and 74 constables. The men paraded at the Old Barracks, where they were put through a course of drill exercises by Sergt. Buckley, the drill instructor. The men afterwards marched to the Town Hall, where, in the large court, they were subjected to examination in police work. Major-General Atcherley also examined the books, and the police premises. At the close of his inspection, which occupied three hours, he complimented the Chief Constable and the men generally on the excellence of the administration and the efficiency of everything connected with the Force. Alderman J. A. Heaton, J.P., chairman of the Watch Committee, was present throughout the inspection. 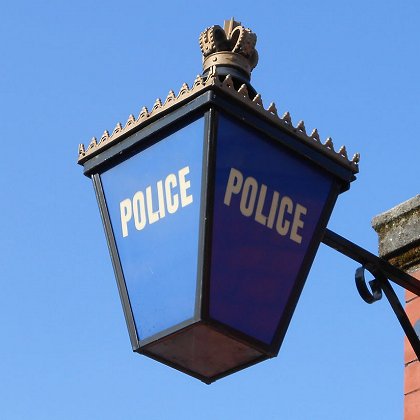 Watch Committees were originally created under the Municipal Corporation Act 1835 to oversee borough and city police forces. Outside of the boroughs and cities, the County Police Act 1839 gave Justices of the Peace (acting through the Quarter Sessions) the power – though not an obligation – to create and supervise county police forces. Later, the Local Government Act 1888 (which created elected county councils) placed these rural police forces under the jurisdiction of Standing Joint Committees composed of magistrates and county councillors.

Another important piece of legislation relating to the police and particularly to Llewellyn Atcherley’s job with the Home Office was the County and Borough Police Act 1856. Those counties which had not already taken the opportunity to create police forces were now compelled to established them. In addition, to quote from David Bentley’s English Criminal Justice in the 19th Century:

The Act also provided for the appointment of Inspectors of Constabulary who were to visit county and borough forces and report to the Home Secretary on their efficiency. A force receiving a certificate of efficiency would receive a central government grant equal to a quarter (by 1900 a half) of the cost of paying and clothing of its constables.

As you can imagine, Government funding was a big incentive for police forces to ‘pass muster’ when a government inspector called. And this gave the Home Office, which had no direct control over the running of local police forces, a degree of influence over them. A borough Watch Committee (or a county Standing Joint Committee) was free to ignore any recommendations put to it by one of His Majesty’s Inspectors of Constabulary. Doing so, however, risked the possibility that the certificate of efficiency for its police force – and the government grant attached to it – might be withheld.

In most cases, I am sure, the local committees responded in a positive way to any concerns or criticisms raised by Llewellyn Atcherley or other HMIC inspectors, without feeling compelled to do so. In 1927, for example, Llewellyn asked the Burnley Watch Committee (through the local Chief Constable) “to consider the employment of at least two permanent police matrons for attendance upon female prisoners, and also the making of certain alterations to the female prisoners’ cells and the provision of a wash and bathroom for female prisoners.”

In response, “The committee instructed the Chief Constable to ascertain from other towns what provision has been made for the appointment of police matrons and what duties they are called upon to perform; and for the Borough Surveyor to carry out the work suggested.” There was a similar reaction in Grantham during the same year, when Llewellyn “pointed out the insufficient accommodation for prisoners or other police purposes generally, and also the bad arrangement of the existing accommodation.” The Watch Committee asked the Estates and Highways Committee to instruct the Borough Surveyor to prepare plans. 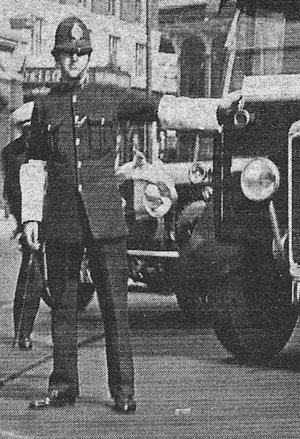 When Llewellyn Atcherley inspected the Bradford City Police Force in 1926, he enquired about the level of absence within the force through sickness. During his inspection, “all men who had been off duty because of sickness during the year were required to put up their hands. Practically the whole of the 400 men on parade answered the order”. This prompted action by the Watch Committee. Investigations showed that “influenza colds” (man flu?!?) were the reason for the majority of absences. The force’s police surgeons were then asked to prepare a report.

The police surgeons concluded that “the present personnel do not possess the stamina of the pre-war men” and suggested “steps that should be taken by the men to harden themselves”. These included “taking cold baths or a cold sponge down”, “sleeping with the bedroom windows open” and “taking daily physical exercise”. More helpfully, perhaps, the surgeons also noted that from December 1919, police officers on the day shift performed “one continuous tour of eight hours, with an interval of half an hour for refreshment” instead of  working two separate shifts of 4 hours each. The report stated: “The continued exposure to weather for a period of eight hours without a substantial meal and rest is detrimental to the health of the men.” The Yorkshire Post reported that the Watch Committee was likely to consider the abolition of the continuous eight hour shift as a result of the surgeons’ report.

Llewellyn Atcherley’s requests, suggestions or actions as HMIC did not all meet with universal acquiescence however. Sometimes, particularly where recommendations involving large increases in expenditure were made, or where disciplinary matters were involved, opposition was encountered.

Picture credits. Inspection of the Newcastle City Police Band by Major-General Sir L.W. Atcherley: adapted from a public domain image taken from the Newcastle Libraries’ Flickr photostream. Blue lamp: Photo by Rept0n1x, taken from Wikimedia Commons and adapted, used and made available for re-use under a Creative Commons licence. Police officer directing traffic, about 1929: Adapted from an image in Leonard Bentley’s Flickr photostream and used under a Creative Commons licence.