Two women candidates, Mrs. Mary H. Atcherley of Oahu and Mrs. Helen Sniffen of Maui, democrats, running for the territorial senate, were nominated, both leading their tickets. Mrs. Atcherly, who is well known in Vancouver, B. C, Seattle, Wash., and the northwest, is the first woman to run for office in Honolulu. She is conceded to be a strong candidate and is looked upon as certain of election.

Although she was a native of Hawaii, Mary Haaheo Atcherley [

] lived with her family in Vancouver, British Columbia, Canada, from 1911 and throughout the First World War (see Royalty in Vancouver: Victoria Elizabeth Kaiulani Atcherley and An Atcherley family’s World War One: The Canadian Home Front). She made a number of journeys back to Hawaii during these years however, and by 1920 was living there again, in Honolulu, with her children Sybil, Lani, Samuel and Victoria (husband John was still at sea, see Dr John Atcherley’s World War One).

On 18 August 1920 the nineteenth amendment to the U.S. Constitution, which had been passed by Congress on 4 June 1919, was ratified. This gave American women the long fought for right to vote. But for Mary Haaheo Atcherley, voting was not enough – she wanted to be voted for and to wield the power and influence that went with a seat in the senate. So that autumn Mary hit the  campaign trail, running as a Democrat. An indication of the style in which she did so, and of the policies she stood for, can be found in Bob Krause’s 1994 publication, Johnny Wilson: First Hawaiian Democrat:

Mrs. Mary Atcherly of Honolulu added considerable color to the primary campaign that fall because she sometimes broke into the hula on the stage when inspired by a frisky campaign tune. There was nothing lighthearted about her political platform, however. Mrs. Atcherly stood for, among other things, a fair minimum wage, free distribution of schoolbooks, an increase in pay for teachers, and commitment to an insane asylum or to the leper colony only on the verdict of a jury.

Although she won her primary on Oahu, Mary ‘s hopes of gaining political office were not to be. Despite the fact that women had been given the right to vote, only men were eligible to sit in the territorial senate. It was ruled that Mary’s name (and that of Helen Sniffen, of Maui) must appear on the ballot papers, but in the event of being elected in November neither of these ladies would  be able to represent those who had voted for them. This must have played a significant part in Mary’s, and Helen’s, eventual failure at the polls in November. As Krause noted, “male legal experts were saved the embarrassment of disqualifying them from office.”

In 1921 Mary Atcherley returned to Vancouver for a while, and appeared on that year’s Canadian census. This meant that she had, in a period of just over 11 years, appeared on four different census returns in the U.S. (1910 and 1920) and Canada (1911 and 1921). She was back in Honolulu by 1922 though, and undaunted by her previous electoral defeat Mary decided to run in that year’s election for a seat as delegate in the U.S. Congress. 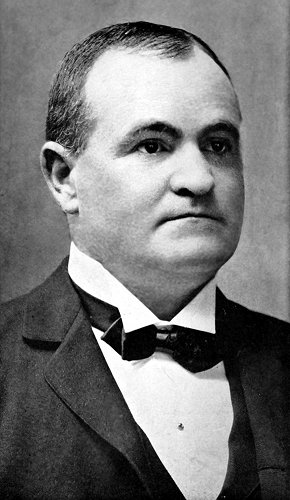 The official Democratic candidate for this election in Hawaii was Lincoln Loy ‘Link’ McCandless (pictured left), so Mary – shrugging off the party’s best efforts to dissuade her – ran as an independent Democrat. She was not the only ‘maverick’ to do so. Jonah Kumalae ran in the same capacity, claiming that he had a lot of friends and no enemies in Washington. “I am the largest maker of ukuleles in the Islands,” he said, “and as most of the congressmen are playing my ukuleles they’re already acquainted with me. So there you are.”

While the Democrats had three candidates who were at odds with each other, the Republicans had nominee Harry Baldwin, a sugar planter on Maui, backed by his fellow candidates Wise, Lyman and Lane. This prompted the Star-Bulletin of 21 March 1922 to feature on its front page a cartoon of Wise, Lyman and Lane urging supporters to Vote for Baldwin, while the Democratic candidates were depicted as circus clowns. The cartoon had McCandless swinging a chair at his opponents while Kumalae was kicking him and Mary Atcherley was throwing juggling balls at both of them! 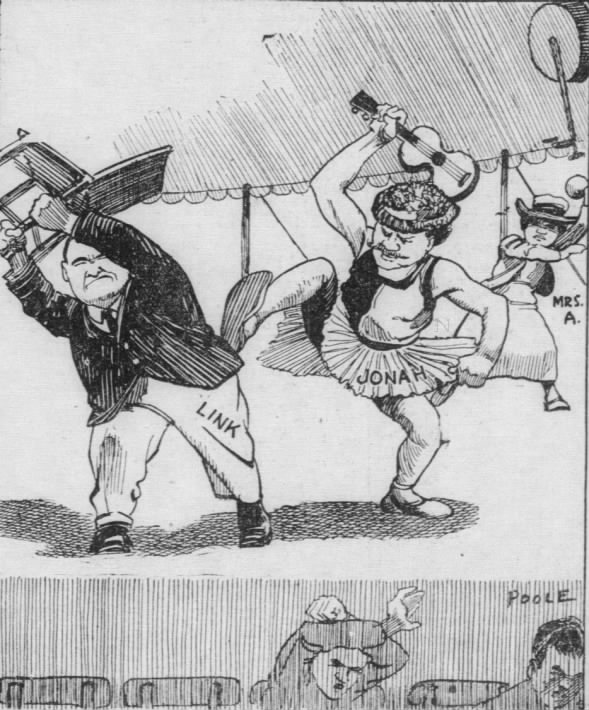 Hawaiian women are so politically minded that they do not need to be urged, prodded, baited and educated to use the ballot, says Edith Stone in an article in the Woman Citizen.

Speaking at election day in Hawaii, she says: ‘The Languid, drowsy atmosphere of the tranquil southern isles became tense. There was a mental snap and verve in the warm air as though the refreshing trade winds bore some sort of vital force from the north.

‘Early visits to the polling places showed that the women were voting. The lists of voters showed nearly all the names to be Hawaiian. Women stood in animated groups or sat on benches or on the grass. Some had their ukuleles and their children. They had brought their lunches.

‘Serenading voters was one of the most picturesque features of the election. In the afternoon groups of Hawaiian women in automobiles visited the various polling places and sang native melodies to the accompaniment of ukuleles and steel guitars. Troubadours in a worthy cause, they gave color and life to the election in a dignified and artistic manner.’

A feminine Hawaiian politician, Mrs. Mary Haheeo Atcherley, who was independent candidate for the office of delegate, speaks for her people: ‘Our women have always been just as interested in politics as our men. From earliest times they have had equal rights. They were always privileged to reign as queens and the premier was usually a woman. Before ever a white man saw these islands women took part in council meetings, often more actively than the men. They told their men how to conduct affairs and were generally considered the brains of families. Even today the average Hawaiian man votes as his wife tells him to.

‘Women always accompanied the men into battle in the olden days. Sometimes they carried water and helped in minor ways, but very frequently they took part in the fighting and were killed. Is it any wonder that they fairly eat politics at election time?’

Speaking of her own interest in politics, Mrs. Atcherley said: ‘I know my people and their needs and believe that I could help them were I elected as delegate. Congress wants to help the Hawaiians, but congress is 6,000 miles away and cannot understand.’ 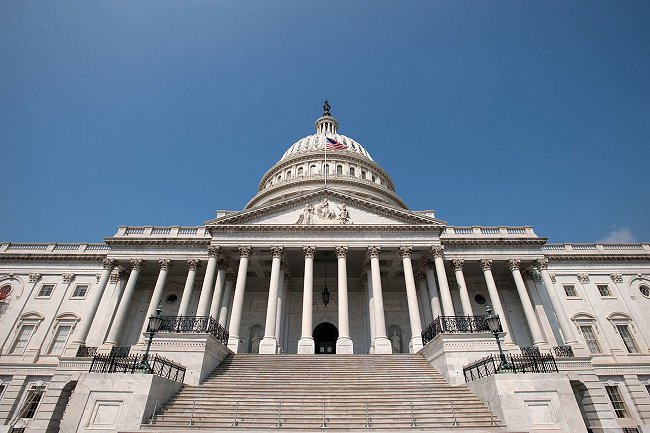 Mary Atcherley was never really a contender in the election. Predictions that she might poll around 800 votes proved far too generous – Mary was very much an ‘also ran’ with only a hundred or so votes to her name when the results were announced. Kumalae fared better, but the majority of Democrat votes went to Link McCandless . Link, however, was heavily outpolled by Baldwin in what was described as a Republican landslide.

Doubts as to whether or not Mary Atcherley, as a woman, would have been eligible to sit as a delegate in congress may have played a part in her lack of success (just as the certainty that she could not take a seat in the legislature had done in 1920). The fact that she was running as a Democrat – and a self-appointed independent Democrat at that – likely played an even larger part.

Several months after the election, The Maui News of 1 September 1922 reported: “Women will be eligible for election to the legislature or as delegate to congress at the coming election. Only approval of the President is now required and it is expected he will sign the measure within the next few days.” The article went on to explain: “Contenders for the rights of women insisted that the granting of suffrage carried with it the right to hold office but opponents insisted that the qualification provisions were specific. The point came up in connection with the candidacy of Mary Atcherly first for the legislature and later for delegate.”

It was however the last three words of the newspaper report’s subtitle which summed up the situation for Mary Haaheo Atcherley: “Settles Moot Issue.” This change to the law had come too late to help Mary, and it seems that after two electoral defeats in a row she had lost her appetite for political high office.