Since the article was published Sir Harold Atcherley has, sadly, passed away. He died, at the age of 98, on 29 January 2017 in London.

] is one of several former World War Two Prisoners Of War who have given interviews about their experiences of the construction of the infamous Burma Railway, for a film  entitled Moving Half the Mountain. 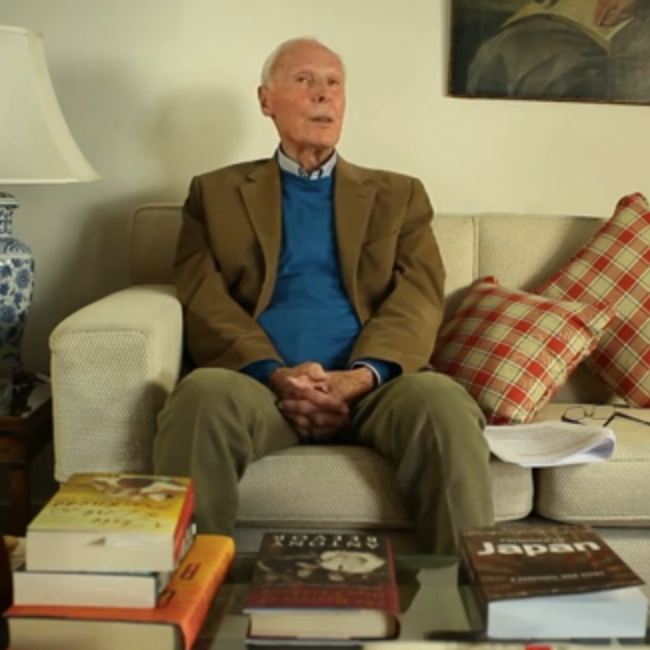 “Up on the railway, we just ate, worked, slept under the rain.” Sir Harold Atcherley remembers working on the ‘Death Railway’. Picture by kind permission of Helen Langridge Wells / HLA.

In his book Prisoner of Japan, published at the end of 2012, Sir Harold Atcherley wrote:

“we were part of the ‘forgotten war’. The post-war years have demonstrated that most people are ignorant about the war in the Far East and seem to be generally uninterested; an attitude which is hardly surprising, since it all took place so far away from the war in Europe so long ago.”

What a sad state of affairs this is! The war in the Far East, and the experiences of those who lived (and the many thousands who died) as prisoners of the Japanese forces during 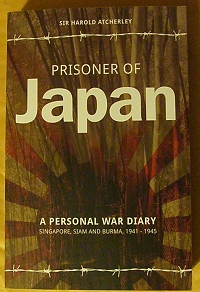 that period, should be known about and remembered just as much as events in Europe and in the other theatres of the Second World War. To quote Sir Harold again: “Apart from the 40,000 British and Australians captured in Malaysia, 60,000 Dutch were taken prisoner in the Dutch East Indies and a considerably larger number of Americans in the Pacific. […] All of us were subjected to inhumane and brutal treatment. The experiences I [describe] were therefore generally common to all. The death rate for Allied prisoners in Germany (excluding Russian prisoners) was about one per cent. For those held by the Japanese the rate was forty per cent. At Sonkurai camp on the Thailand/Burma border, the worst camp of the lot, the death rate was ninety percent.”

Moving Half the Mountain has captured on film the memories of Sir Harold Atcherley and others like him who worked on the Thai-Burma railway but were somehow spared the fate that befell so many of their fellow servicemen. Uniquely, I suspect, it has also recorded statements from some of the former Japanese servicemen who were involved. The film documents the terrible conditions under which the POWs worked, and the appalling manner in which they were treated by their captors. Yet it also carries a strong and perhaps unexpected message from those who survived: one of forgiveness. As Sir Harold says in his book, “in the end, hatred only damages those who hate.”

Though harrowing in places, Moving Half the Mountain is a film which deserves a wide audience. Thankfully, it is receiving such an audience. When I first wrote this article in July 2013, Helen Langridge was still raising funds to secure the distribution of her project. As Building Burma’s Death Railway: Moving Half the Mountain, the film has now been shown 6 times on BBC4. It is also available on YouTube (see below).

As a result of watching the film in which he appeared, Sir Harold Atcherley invited one of the former Japanese soldiers who also featured in it, to visit him in London. Mikio Kinoshita has now made that trip. For both men, meeting 70 years after the end of the conflict (in which they never met) was an emotional experience. (Picture below by Leon Neal, AFP, via Getty Images.)

“I think it’s wonderful, wonderful that we are together,” said Sir Harold in a BBC interview. “[It] has to start somewhere, and I think, I don’t know how many people know but in fact this has never been done before. But I do say that because there is this hatred around, I wanted to do it, and to meet Mickey.” A report of the meeting in The Telegraph quotes Sir Harold as saying: “There may well be a lot of people who don’t agree with me, [but] if you go on hating till you are dead, what good does that do you?”

Let us build on the efforts of Helen Langridge, Sir Harold Atcherley, and organisations such as Researching FEPOW History, and make the war in the Far East the remembered war. Let us also make the voices of those who survived one brutal part of it, heard by as many people as possible. If the survivors can forgive, the least that we can do is not forget.

Sir Harold Atcherley speaking at the American School in London, 2011, via YouTube

Sir Harold Atcherley’s book Prisoner of Japan: A Personal War Diary is available from Amazon (in print and Kindle formats), WH Smith, iTunes (ebook) and other booksellers; it also currently on sale via eBay. The book can also be previewed at Google Books.