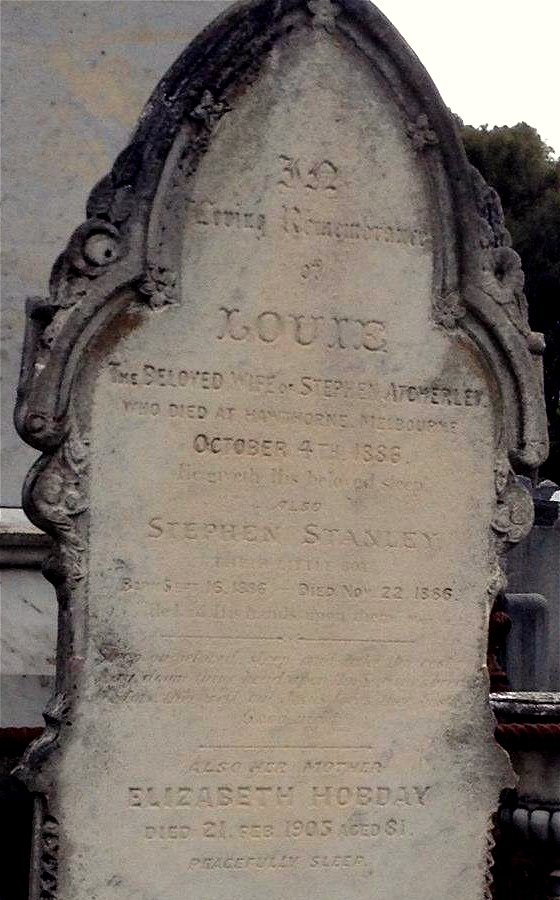 Louisa (“Louie”) Hobday was born in 1848 at Kingston upon Hull, Yorkshire, England. In 1851, aged 3, Louie was recorded on the census with her father Joseph Hobday (a watchmaker), her mother Elizabeth, and her siblings Henry (4), Joseph (1) and Arthur (1 week). By 1861 the family had emigrated to Australia.

On 1 February 1884 Louie married Stephen Atcherley (another immigrant from England, and a tea merchant who co-founded the Atcherley and Dawson company – see An Atcherley in Australia) at the Yarra Street Wesleyan Church in Geelong. Stephen and Louie had two children, Annie Beatrice Atcherley (born 19 Sep 1884, died unmarried 2 Jul 1955) and Stephen Stanley Atcherley.

Sadly, Louie died shortly after the birth of her son, at Llandrillo, Henry Street, Hawthorn, Victoria. The infant Stephen Atcherley followed his mother to the grave at the age of 9 weeks.

Photo © BillionGraves member Nancy Alford, to whom I am very grateful for her permission to reproduce her work here. Click on the photo to see it on the BillionGraves website.

Fanny Atcherley was born Fanny Amelia Lavers, in or about 1851 in New South Wales, Australia, daughter of Frederick Samuel Lavers (an immigrant from Surrey, England) and his wife Sophia Lucy Douglas. On 2 January 1889 at Hawthorn, Victoria, Fanny became the second wife of Stephen Atcherley.

Stephen and Fanny had one child, a daughter named Alice Bell Cureton Atcherley (1889-1969), who married Frank Leslie Haines (1885-1986). During her life Fanny supported fund raising efforts for various organisations including the Wesleyan Church in Homebush, the Bathurst Poor Relief Society and the Sydney Female Refuge.

Photo © Find A Grave member SueM and used with her kind permission. Thanks Sue! 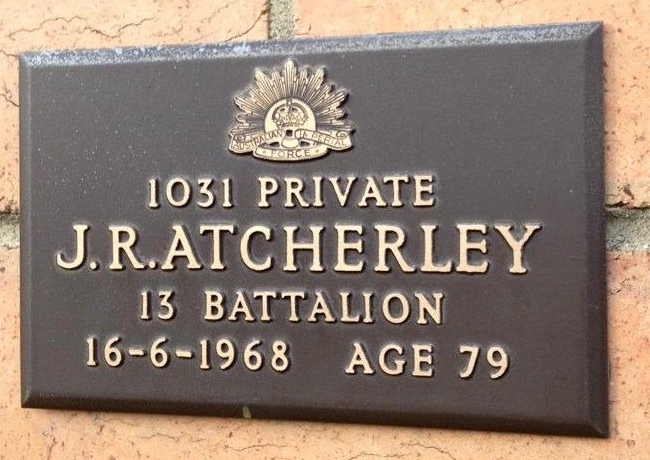 The life of Jack Rowland Atcherley was, to say the least, full of ups and downs. His father, Rowland John Atcherley, was married – but not to Jack’s mother, Emma Wheeler. During his early years Jack was in trouble with the law both in his native England and in the country to which he emigrated, Australia. He himself had a child born out of wedlock, but he then married and for many years led a respectable life as a scientist and public servant. His reputation was however left in tatters after he was found guilty of assault in 1948.

Jack served with the Australian Imperial Force during the First World War and was one of the ANZACs who fought (and was wounded) at Gallipoli. For more on Jack’s life see Jack Rowland Atcherley’s World War One.

These photos are used with the kind permission of Find A Grave contributor Frangipani, to whom I extend my grateful thanks for fulfilling my photo request and for allowing me to share the results. 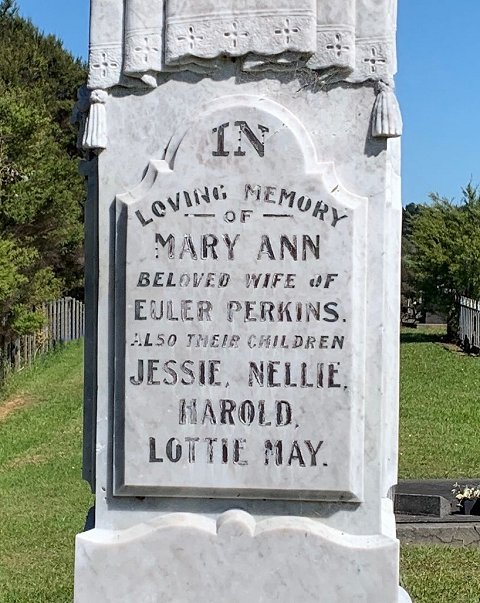 Mary Ann Perkins was born Mary Ann Atcherley, at Ellesmere, Shropshire, but died in tragic circumstances on the other side of the world with four of the children fathered by her husband Euler Perkins. 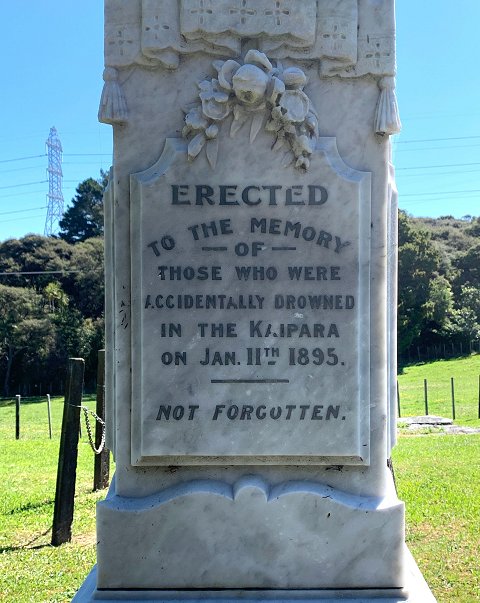 ERECTED
TO THE MEMORY
OF
THOSE WHO WERE
ACCIDENTALLY DROWNED
IN THE KAIPARA
ON JAN. 11TH 1895.
NOT FORGOTTEN.

The terrible accident in which Mary and her children lost their lives opens the first part of my story about the family: An Atcherley in Albertland.