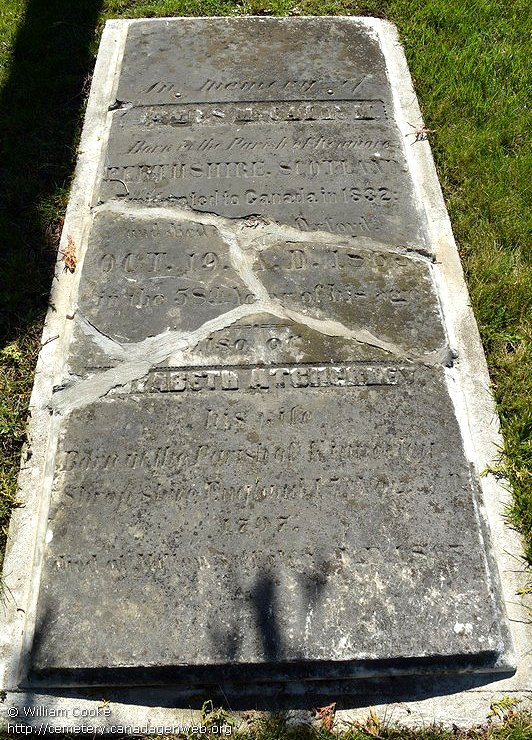 Although Elizabeth Atcherley was born on 15 November in the parish of Kinnerley, Shropshire, it was not in the year 1797 as stated in the above inscription. In fact, her birth took place a full six years earlier on 15 November 1791. This date was given when Elizabeth was baptised at Kinnerley St Mary on 17 November that year. The register also recorded that Elizabeth was “Daughter of Joh Atcherly & Anmeriah his wife formerly Howell”, that John was a freeholder, and that the family’s abode was Edgerley.

I have found no record of Elizabeth’s marriage to James McCallum, so the date and location of the ceremony are a mystery. Although James is said to have emigrated to Canada in 1832, it is not clear whether or not he and Elizabeth were married at that point and travelled together.

Elizabeth appears with James, a farmer, on the Canadian census returns of 1851 and 1861, living in a log cabin at East Oxford Township, Oxford County, in what was then known as Canada West (now Ontario). Elizabeth’s age was recorded as 53 (on her next birthday) in 1851, and as 63 (on her next birthday) in 1861, so it appears that she did not want people to know that she was more than ten years older than her husband. It seems that her true age was a secret which Elizabeth quite literally took with her to the grave. 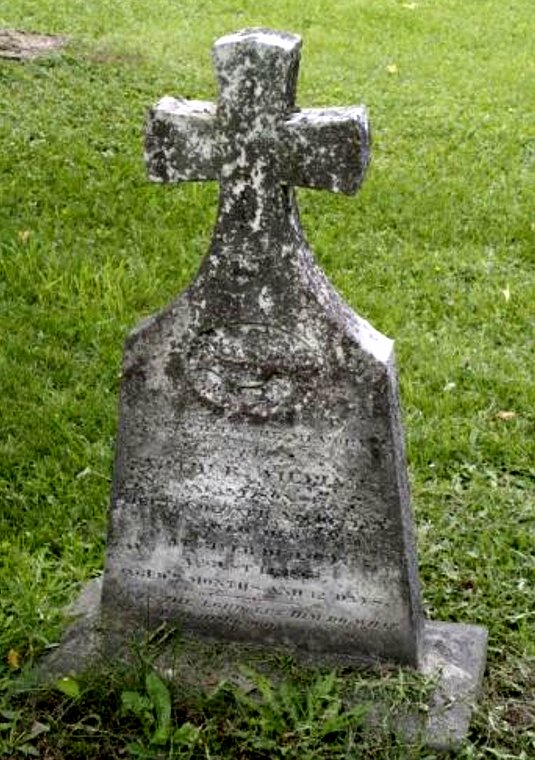 SACRED TO THE MEMORY
OF
ARTHUR WILLIAM
INFANT SON OF
LIEUT. COLONEL ATCHERLEY
WHO DIED
AT RIVER DU LOUP
AUGUST 14, 1868
AGED 7 MONTHS AND 12 DAYS
——————
IT IS THE LORD: LET HIM DO WHAT
SEEMETH HIM GOOD.

Arthur William Atcherley was the third of five children born to Lieutenant Colonel Francis Topping Atcherley and his wife Emma Arabella (née Heward). He was also their shortest-lived child. Arthur’s birth was announced in the Pall Mall Gazette in London, England, on 4 March 1868 as follows:

ATCHERLEY—On the 2nd Jan., at Brockville, Province of Ontario, Canada, the wife of Lieut.-Colonel Atcherley, D.A.A.G., Militia, Canada, of a son.

Below is my transcript of the record of Arthur’s burial in the register of the Anglican church at Rivière-Du-Loup:

The verse which concludes Arthur’s monumental inscription is from 1 Samuel 3:18.

The photograph above is © Henri-Paul Pelletier. My thanks to Henri-Paul for giving me permission to use his image, which I found on CanadianHeadstones.com. 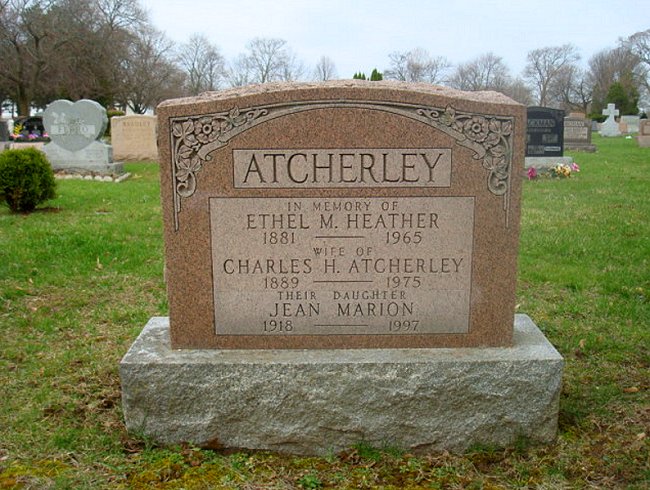 ] was born, and died, in England, but he spent almost all of his adult life in Canada. He married Ethel Marion Heather [

] in Winnipeg, Manitoba, on 20 July 1914 – just before Britain’s entry into World War One. It was while Charles (or Hedley, as he was usually known) was serving in the war that Ethel gave birth to the couple’s first child, Marigold Atcherley [

], in Walsall, Staffordshire, England. Sadly, Marigold died very soon after she was born.

Ethel returned to Canada in April 1918, and settled in Guelph, Ontario, where Charles joined her in 1919 after his war service. This is most likely where daughter Jean Marion Atcherley [

] was born. By 1921 the Atcherley family had moved to Ontario, and Hedley joined the local police (before the war he had been a Mountie with the Royal North West Mounted Police). Finally, the family moved to the City of Niagara Falls, where in 1924 Hedley became Chief of the Niagara Parks Police Service. Hedley retained this position until 1940.

As can be seen from the family grave marker, Ethel Marion Atcherley predeceased her husband, passing away in 1965. Hedley’s death a decade later took place at Hockley Heath in Birmingham, West Midlands, England. He had probably been staying with a relative, perhaps his nephew Charles Hedley Massey. Ethel and Hedley’s daughter Jean remained at the family home in Symmes Street, Niagara Falls, until her death in 1997 at the age of 79.

The photo above is © Merle Armstrong, a fellow Find A Grave member to whom I extend grateful thanks granting permission for me to use her photograph on this website. The original image can be seen on Merle’s page for Charles Hedley Atcherley at Find A Grave.