To mark the first anniversary of my mother’s passing on 22 February 2013, today I am sharing the tribute I read out at her funeral service. 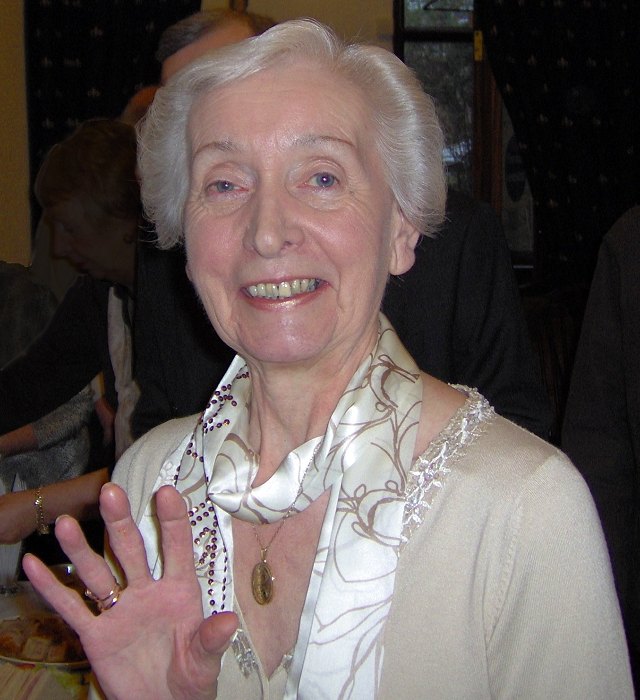 Family was very important to Mum [

], she lived for her husband, her sons, her grandchildren and great grandchildren. Yet Mum herself was an only child, the daughter of Fred and Louisa Atcherley. Apart from her grandmother Jessie Atcherley, who died when Mum was 10, Mum knew few if any other members of her father’s family. From the age of 13 however, when the Atcherleys moved from the sticks of Staffordshire into the town of Newport, Shropshire, she was able to spend time with cousins from her mother’s side of the family. It is those cousins who are as I speak remembering Mum in Newport, where they still live. Two years after moving to Newport, aged just 15, Mum met Dad at the 1952 Newport May Fair. Through her marriage to him she gained and embraced a wider family of parents, brothers and sisters in law. The rest, as they say, is history. Or should I say family history.

Family history. From time to time I would say to Mum that with her Atcherley maiden surname, it would be a doddle to trace her ancestry, and eventually I got around to making good on that claim. I managed to trace Mum’s Atcherley forebears all the way back to her 9th great grandfather Richard Atcherley, born in Shropshire in the late 1500s. Ironically, given that Mum’s least-favourite of Dad’s nicknames for her was “The Queen”, I also traced Mum’s ancestry back from her 8th great grandmother to a couple from whom the Queen herself is also descended, and from there found that I could follow her lineage all the way back to King Edward the First in the 1200s. Mum was Royalty all along.

The Atcherley family itself can also be traced back to the 1200s, and I even found the location of the tiny settlement in north Shropshire from which the family took its name. I remember sharing that news with Mum during one of her stays in the place Dad called the Talbot Butler Hotel, in Northampton General Hospital. I like to think that my research helped to reconnect Mum with the wider family of her father’s of which she had known so little, and I also hope she enjoyed listening to the regular updates on my Atcherley adventures as much I enjoyed giving them. I do know that although Mum was not much of a reader of books in her adult life, she did read and enjoy the biography of her famous Atcherley cousins, David and Sir Richard Atcherley, the flying twins of the Royal Air Force.

The tales of the Atcherley twins’ exploits are in turns amazing and hilarious, but David and Richard were not by any means the only members of the family about whom fascinating stories can be told. The most dramatic stories are of those who fought in battle, from Trafalgar (where Captain James Atcherley took the surrender of the French Admiral), through to those of the Crimea, the Boer Wars, and the First and Second World Wars. Courage and heroism in adversity, displayed by so many Atcherleys over the years, is something to which Mum was no stranger. Her battle over the last seven years, against lymphoma, has in my view been just as courageous as any of those fought by her illustrious Atcherley ancestors. For me she stands out as the biggest hero of them all.

I have heard many a tale of people coming away from funeral services having listened to glowing tributes to the departed, wondering if they had been at the right service, as all the praise didn’t really describe the person they’d known. That’s not something that will happen today. I don’t know anyone who had a bad word to say about Mum. That’s probably because Mum didn’t have a bad word to say about anyone else. Many people over the last week have described Mum as a lovely lady. It’s a description I endorse whole-heartedly.

Over the last week amidst the preparations for today’s service, I have been sorting through Mum’s collection of family photographs. It has turned out to be an unexpected pictorial treasure trove with photos dating from the 1950s and even earlier, right up into the 2000s. The photos, whether black and white or colour prints, or digital, are almost exclusively of three main subjects: holiday destinations, flowers, and above all, family. They depict what was important to Mum. They show what – and who – she loved. 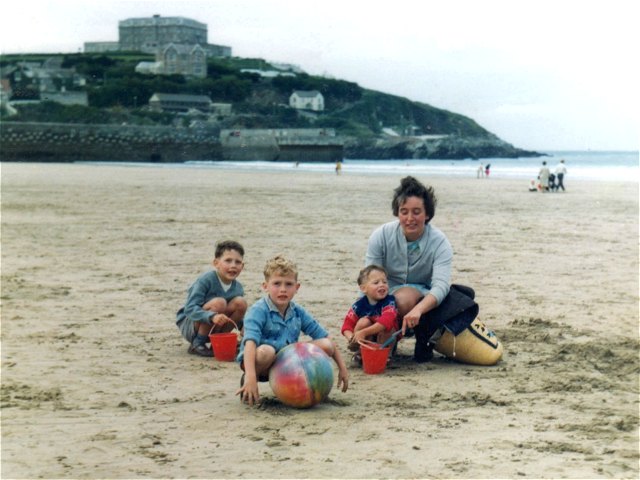 I, and the rest of the family, have shed more than a few tears this last week, and without doubt we will all shed more yet. Losing someone with whom we have shared so much love and laughter over so many years is not an easy thing to get over. There is so much we will miss. But we are also glad that Mum is no longer suffering, and we are so very, very grateful for everything Mum did, and for everything she was. She was always there for us, and while I am not a religious person, I do believe that Mum’s love for us has not ended, and will not end, simply because she is no longer with us in body – just as our love for her is undiminished.

Before I finish I want to ask all of you here today to do something. You all have your own special memories of Betty, of Mum, the lovely lady who touched our lives in so many ways and always left us feeling the better for it. So I want you all to keep those memories close to your hearts, now and in the years ahead, and in so doing, keep Mum’s spirit, her love and friendship, alive.

Postscript: In Revising the roots of the family tree I have, since Mum’s passing, realised that the Atcherley line from which she and so many others are descended do not after all have Judith Kynaston and her connections with royalty as ancestors. No matter. To my family and I, Mum was – and always will be – royalty.