Finding information about Atcherley family members at the very beginning of their lives, beyond basic birth and baptism records, is, for me, a rarity. This makes the exceptions stand out – and the information I have found regarding the early months in the life of Victoria Elizabeth Kaiulani Atcherley [

Victoria was the youngest child of Dr John Atcherley [

]. She was born on 26 May 1912 at the Vancouver Home of the Victorian Order of Nurses, in the Canadian province of British Columbia. In this respect, Victoria was unique among her siblings – all her older brothers and sisters had been born in the Hawaiian Islands, as had their mother before them. The Atcherleys had not been in Canada for very long, but Vancouver would remain their family home for several years. (See Dr John Atcherley’s World War One).

For most baptisms or christenings, all we know is the date and place of the event. In Victoria’s case, we know that her christening took place on 4 July 1912 in Vancouver. But a Canadian newspaper report, which was re-published in the Honolulu Star-Bulletin of 19 July 1912, reveals more about the ceremony and how her family celebrated the event. The Star-Bulletin’s version of the report follows, verbatim but for the correction of a few typos, the addition of photo and a small note of clarification, and the exclusion of a paragraph which does not relate to the main story.

VANCOUVER, B. C. July 6.—Royalties are no novelty In Vancouver. First and last they have come and gone by dozens. Every royalty and semi-royalty who comes to America ultimately lands in Vancouver.

Ultimately—but not primarily. Only one has so far “seen Vancouver first,” and that quite literally. And she indeed, has not seen any place else. She is a princess, albeit a very little princess, high Princess Victoria Elizabeth Kaiulani, three right royal names, and she was so christened yesterday evening at six o’clock in the baptismal font at Christ Church, Rev. C. C. Owen giving her her first churching.

She was born in Vancouver some few weeks ago, this little descendent of the kings and queens of sunny Hawaii, and she is the daughter of Dr. Atcherley and Mrs. Mary Haaheo Atcherley. Mrs. Atcherley is the ward of ex-Queen Liliuokalani, daughter of the foster brother of King Kalakaua, and a lineal descendant also of King Kamehameha, who occupied the throne of Hawaii at the time of his death in 1872. 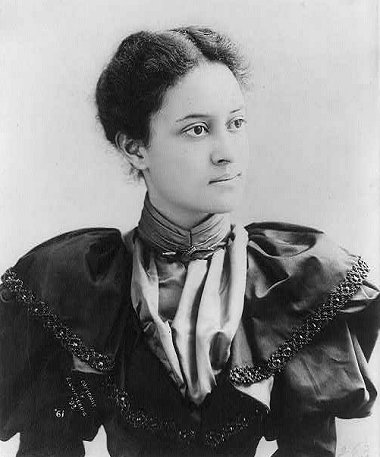 As according to ancient Hawaiian usage, titles and honors, as well as more material benefits, descend through the female line, Victoria Elizabeth Kaiulani is indeed a princess, though of a dethroned line. She is named for Queen Kaiulani, wife of King Kalakaua, and ex-Queen Liliuokalani is her grandmother. [In fact, she was named for the Crown Princess Ka’iulani, pictured left, who died unmarried.] But since the ex-queen  could not be present in Vancouver for the christening, Mr. and Mrs. C. S. Edwards acted as substitute sponsors in her stead, and Mr. and Mrs C. S. Douglas also stood as god-parents to the little princess.

The princess went through her first public function very creditably, cooing a little once in a while, but refusing to cry at all. She is the sunniest-looking mite imaginable, with deep brown eyes and thick hair of the rich shade and silkiness of seal fur.

After the christening, the proud parents gave a Hawaiian dinner, at their residence on Nineteenth avenue, in honor of the occasion, which was one of the most novel and pleasant social affairs ever held in the city. Some score of guests were seated at a long L-shaped table, spread with ferns and orange-colored tissue over the white damask, and with knives arid forks carefully concealed beneath the ferns. They were for such guests as found themselves unable to help themselves in Hawaiian style—with the fingers. A poi calabash, filled with fruit, centered the table.

The diners’ places were marked by cards attached to long orange-colored garlands, or leis, of crepe paper, in lieu to Hawaiian flowers, which were not obtainable. On taking their seats, the guests slung these leis about their necks, in proper Hawaiian fashion. The dinner had but one course, although the viands were many. Bows of various sizes held poi, the native substitute for bread and porridge, a curious greyish, pasty-looking substance of an indescribable sour flavor, which the courageous dipped up on two fingers and ate. Dr. Atcherley demonstrated the method first. Taro, which is not unlike a sweet potato; boiled or roast pork, euphoniously called “pig” by the host and hostess; some sort of fish, apparently, rolled and cooked in corn husks; bananas cooked in their skins; chicken boiled with spinach, and one or two dishes which defied analysis, but were not unpleasing to the palate, were all on the table at once.

The guests took up the unequal challenge dauntlessly. Soon they were conveying food in their fingers with an air of nonchalance that denied the very existence of forks. One hardy guest, when the final round, consisting of ice cream, was brought on, scorned the proffered spoon, and tossed the frozen dainty down with his fingers as if chilblains had never been heard of.

Once a fork crept coyly from beneath a fern; a guest was, Darwinically speaking, “reverting to type.”

“Coward” hissed a fellow guest from across the table, pointing the literal finger of scorn. The brandisher of the fork dropped it, abashed.

During the dinner Hawaiian airs were played, and the strains of the “Hula Hula” accompanied the exodus to the drawing-room. The little princess, Mrs. Atcherley and Dr. Atcherley were all toasted by the guests, Mrs. Atcherley responding in her native tongue.

Mrs. Atcherley’s two eldest daughters, pretty dark-eyed girls, who will soon be dainty debutantes, assisted her in welcoming her guests. Mrs. Atcherley was gowned in pink satin, with garniture of black lace and jet. In the drawing-room portraits of ex-Queen Liliukalani, King Kalakaua and Queen Kaiulani, presented to Mrs. Atcherley as wedding gifts, were noticed. 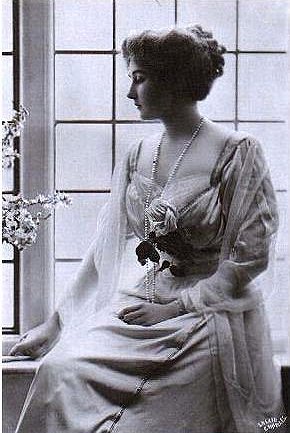 report relating to Victoria’s christening and the subsequent Hawaiian dinner is a joy to read – but it is not the only article to provide a glimpse into Victoria’s very early life. On 18 September 1912 the Governor General of Canada, the Duke of Connaught (a son of Queen Victoria) visited Vancouver. He was accompanied by his wife, the Duchess of Connaught, and daughter Princess Patricia (pictured right). It was almost certainly during this visit that Princess Patricia of Great Britain met Victoria Elizabeth Kaiulani Atcherley, the Vancouver-born ‘princess’ of Hawaii. The meeting was reported by The British Journal of Nursing as follows:

When the Duchess of Connaught and Princess Patricia visited the Vancouver Home of the Victorian Order of Nurses, the Duchess was presented with the sum of upwards of two thousand dollars, collected for the work of the Order by request of Her Royal Highness. A pretty scene then ensued, when Mrs. John Atcherley presented her baby, Victoria, four months old, who was born in the Home and is a Hawaian princess. In the baby’s name a sum of money was presented in a cocoanut shell, bearing on its surface an Hawaian inscription of greeting. This was accompanied by long ropes of flowers, one of which was also presented to Princess Patricia. The little ‘princess’ was duly admired, and then a photograph was taken of all these royalties, and sold for the benefit of the Home Fund.

How I would love to be able to see, and to share, a copy of that photograph! I cannot, but (thanks to the efforts of Sue Bigelow, Digital Conservator at City of Vancouver Archives) I can share the picture below, which shows baby Victoria in the arms of her Godmother Mrs Douglas. 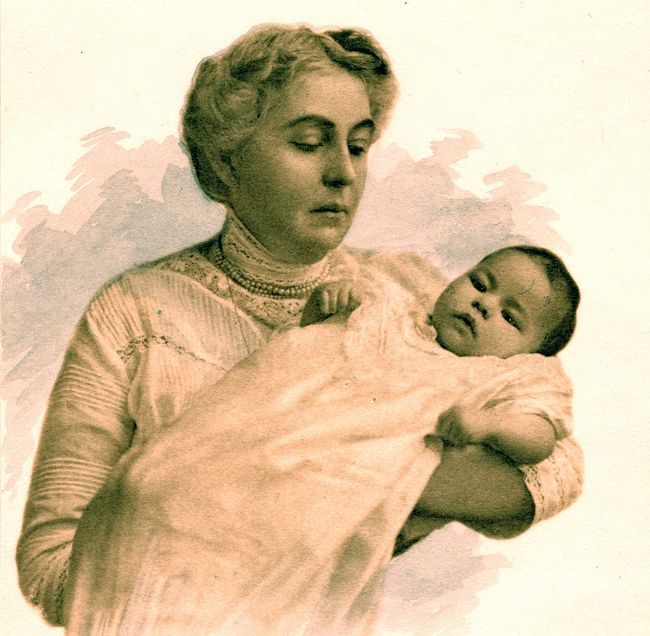 Victoria returned, with her family, to the home of her maternal ancestors and was recorded on the US censuses of 1920 and 1930 in Hawaii. The 1934 Polk-Husted Directory for Honolulu and the Territory showed her as a seamstress at Broadway Dress Shoppe, while in the 1937 edition of the directory she appeared as a saleslady at Little Store. By the time of the 1940 census Victoria had married and she was enumerated with her new husband, Wallace Wescoatt, in the home of Wallace’s parents in Honolulu. Sadly, Wallace died in 1944.

It appears that Victoria remarried at least twice after Wallace’s death, her last husband being Oswald Blake Lightfoot (born 26 July 1919, died 4 April 1989). The 1920 US census shows Oswald living at Beretania Street in Honolulu, an interesting coincidence as Victoria’s parents had lived at 248 Beretania South in 1908.

Victoria Lightfoot, nee Atcherley, passed away at the Kaiser Hospital in Honolulu on 29 October 1978. Her obituary in the Honoulu Star-Bulletin, which had printed the story of her christening 66 years earlier, described her as a godchild of Queen Liliuokalani, and a member of Friends of Iolani Palace.