Very early on in my research into the Atcherley family, I discovered the surname Atcherley-Symes. How and when did this surname originate, and were the bearers of that surname descendants of an Atcherley, I wondered. Eventually I unravelled a twisted trail of names and name changes leading back to the late 1700s. At the end of the trail I found an Atcherley woman, and a man named Symes. Let’s follow their fortunes, and those of their descendants. 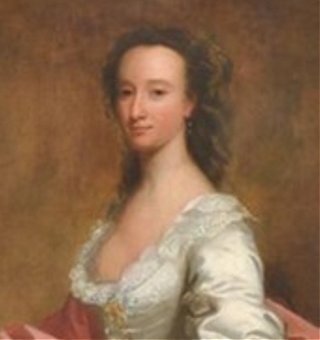 The Atcherley woman was Arabella [

], who, according to the record of her baptism at Shrewsbury St Mary on 18 June 1771, was a daughter of “the Revd. Mr. James Atcherley & Eleanor his Wife”. (For more on James, see The Rev James Atcherley, headmaster of Shrewsbury.) As a young woman, Arabella was the subject of a portrait painted by Henry Pickering. Images showing the portrait can be viewed at websites such as Artnet and Mutual Art; I hope my inclusion of the extract featured here falls into the category of ‘fair use’.

], a tea dealer. The nuptials took place at Gloucester St Michael, the church where William had been baptised 38 years earlier on 2 March 1764. St Michael’s marriage register showed that the couple were “both of the parish of St. Mary de Grace”. Their married life lasted for very nearly twenty years, and ended with the death of William on 28 January 1822. The following obituary, published in The Gentleman’s Magazine, shows how well William was regarded as a businessman, family man, and friend:

After an afflicting illness, aged 58, Mr. William Holt, of Kingsholm near Gloucester, a partner in the firm of Watson and Holt, tea-dealers, London, of which highly-respectable house he had for many years been the commercial representative among their provincial connexions. In the regular discharge of this duty, Mr. Holt was perhaps without parallel, seldom varying a day or an hour, in reaching and tarrying at the numerous places he visited on each successive journey; nor were the integrity of his conduct, or the precision of his dealings, less honourable traits in the character of this truly worthy man. The warmth of his heart, the genial kindness of his disposition, and the exemplary consistency and propriety of his demeanour, riveted the attachment and respect of all with whom he associated or had dealings, in the prosecution of his business, as well as all who were ranked in the private circle of his friends. Mr. Holt has left a widow and four children to deplore the loss of an affectionate husband and indulgent father.

I found the above reference to four children intriguing, because the marriage of William Holt and Arabella Atcherley produced only three offspring: Arabella Holt [

It turns out that Arabella Atcherley was not William Holt’s first wife. The marriage of William Holt (then of Watling Street in London) and “Elizabeth Fawcks” [

] was conducted at Gloucester St Nicholas on 4 September 1791. From this union there were two children: Mary Kellow Holt [

] and Elizabeth Faucks (or Fawkes) Holt [

] (both baptised at Gloucester St Michael, on 14 November 1793 and 28 July 1795 respectively). The younger daughter died in infancy and was buried at on 11 January 1798; her mother presumably passed away not long after. Thus when the will of “William Holt of Kingsholm”, Gentleman, was written on 15 August 1811, the beneficiaries named were William’s daughter Mary, his “dear wife” Arabella, and his three children Arabella, Elizabeth and William. 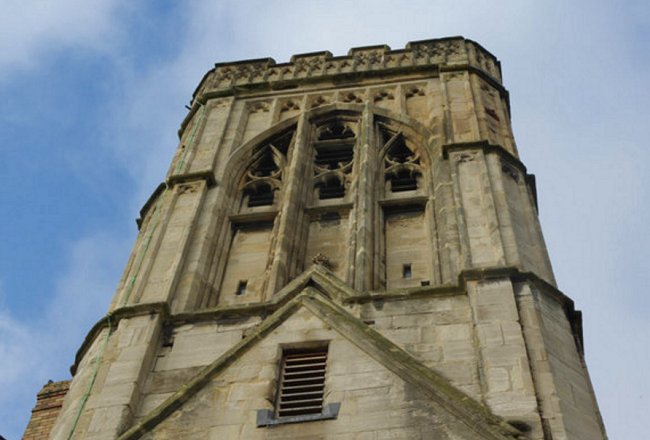 The executors of William Holt senior’s will included Richard Butt, who took over William’s tea and grocery shop in Gloucester’s Westgate Street in 1806, and William David Watson, a tea dealer of London – presumably William’s business partner. The tea trade was evidently a profitable one, as William bequeathed Mary Holt £500, while his wife Arabella was to receive the interest on £1500, with the principal sum to be shared equally between their three children on Arabella’s remarriage or death. In addition, William left his property at Kingsholm, with its “household goods and ffurniture stock of wines plate linen and china” to his wife. The property was to be sold on her death and the proceeds divided equally between all four of William’s children.

The 1841 census recorded sisters Arabella and Elizabeth Holt at an address in Brompton Row, Kensington, Middlesex. The head of the household was Robert Gray, a surgeon, and Robert’s wife was named Mary. Was Mary the step sister of Arabella and Elizabeth? Indeed she was. Following her death, at 168 Brompton Road in Kensington on 20 May 1871, the Gloucester Journal described her as “Mary Kellow, widow of the late Robert Gray, Esq., M.R.C.S., and eldest daughter of the late William Holt, Esq., of Kingsholm, in this city.”

The Holt sisters were probably temporary visitors to the Gray household. Their home was back at Tewksbury Road in Kingsholm, in the Gloucester parish of St Mary de Lode. This is where their mother Arabella, and their brother William, an attorney, were enumerated when the 1841 census was taken. This was to be the only census on which the name of the elder Arabella Holt would appear. During the course of the 1840s Arabella’s health declined. She passed away on 11 January 1849, “after a very long and severe illness, borne with great resignation”, her death being “deeply lamented by her afflicted family.”

Although the will of the late William Holt had specified that the family home at Kingsholm was to be sold following the death of his wife, this did not happen immediately – all three of the Holt siblings were residing there when the 1851 census was taken. Furthermore, listings of shareholders of the National Provincial Bank of England (published in the London Gazette) show that they remained at Kingsholm for most of the 1850s. Those listings continued almost unchanged until the beginning of 1857, when the residence for both Arabella Holt and Elizabeth Atcherley Holt was given as Gors, Holyhead, on Anglesey.

This move, from Gloucestershire to the north-western tip of Wales, followed a big boost the Holts’ financial fortunes. That boost came from the last will and testament of the siblings’ maternal aunt Eleanor Vickers [

]: the eldest daughter of the Rev James Atcherley, and widow of William Vickers Esquire of Llanfawr, Holyhead. Eleanor, who died on 5 February 1853, left everything that she owned, leased or otherwise had an interest in to be shared equally between Arabella, Elizabeth and William Holt (with William appointed as sole executor).

The will was challenged in the Prerogative Court of Canterbury, by Eleanor’s nephew Dr John Atcherley of Liverpool (see Doctor Atcherley’s Casebook – Part 1) and Lawrence Frost, widower of Eleanor’s niece Mary Atcherley. But the wording of the will was watertight, and William James Holt was of course well versed in legal matters. The Holts got the lot.

Of the three siblings, Arabella was the first to go to the grave. Described in the National Probate Calendar as being “late of Menai Bridge in the County of Anglesey Spinster”, Arabella Holt “died 19 April 1869 at Gorphwysfa Bangor in the County of Carnarvon”. When her will was provide her effects were valued at under £25,000.

William James Holt was the next to go. He had been recorded on the 1861 census, with his sister Arabella, as a visitor at Llantrisaint Rectory on Anglesey. In 1871 he was living on the other side of the Menai Strait at Gorphwysfa, where Arabella had spent her last days. Although that year’s census gave  William’s status as married, as far as I know he died (on 16 September 1880) unwed and with no heirs. He too left a will, and his personal estate was valued at under £90,000 – a truly eye-watering sum of money. 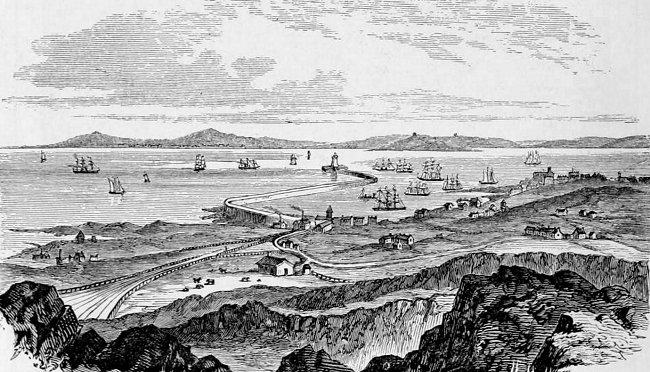 Elizabeth Atcherley Holt was the last of the siblings to pass away, but she did not die with that surname. She was the only one of the three to marry. Her wedding had taken place on 31 August 1857 at the Old Church in Holyhead, and was conducted by the Archdeacon of Bangor. The groom was a Royal Navy Commander, named Aaron Stark Symes [

Elizabeth Atcherley Symes, as the former Miss Holt became, was then aged 48. Her husband was 64. There would be no children from their union. But without the joining of this couple in matrimony, there would be no Atcherley-Symes story.

Picture credits. Arabella Atcherley, by Henry Pickering: Extract from an image at artnet, fair use for educational purposes. St Michael’s tower, Gloucester: Photo © Copyright Stephen McKay, taken from Geograph and adapted, used and made available for reuse under a Creative Commons licence. Holyhead harbour: Image from page 64 of The Earth and its Inhabitants, Volume IV, The British Isles, published 1881 and therefore out of copyright; sourced from Internet Archive.