] and her sister Eleonora [

] were daughters of Captain James Atcherley of the Royal Marines, and his partner Sarah Perkins. James was married, but not to Sarah: he had children both in and out of wedlock. As for Ann and Eleonora, their marital histories were very different to their father’s, and to each other’s.

Of the two Atcherley sisters, it was Ann who pursued the traditional path when it came to marriage. On Christmas Day 1838 she married Henry Dennis [

], a cabinet maker, at Newington St Mary in Surrey. The witnesses were both members of Henry’s family: George (possibly Henry’s father, who was also a cabinet maker) and Elizabeth Dennis. Ann’s father James was recorded as a Mariner.

Both Ann and Henry described themselves as being of “full age” when they wed, which was common practice back then. Ann, however, was 25, having been born in Southwark on 29 August 1813. Henry, meanwhile, was 30; his birth had taken place in Clerkenwell, Middlesex, on 28 October 1808.

It appears that Ann and Henry Dennis led fairly unremarkable lives. The censuses from 1841 to 1871 track their movements (mostly within Surrey), and the addition and progress of their children. Henry worked as a cabinet maker for the whole of his adult life, before passing away at the age of 69 in 1878. He was buried on 4 June that year at what is now known as Camberwell Old Cemetery. 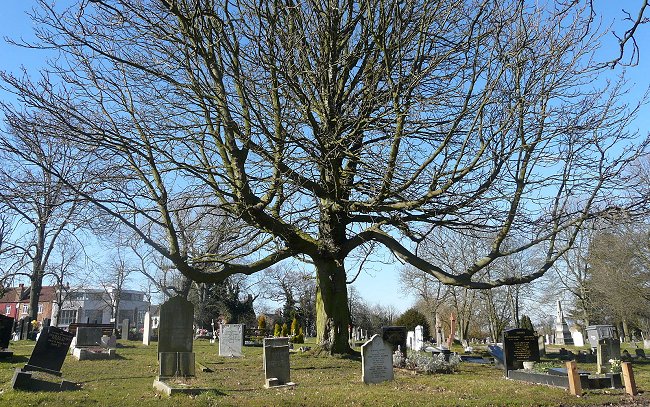 The 1881 census shows the widowed Ann Dennis in the home of James Parsons and his family. Working as a nurse, 67-year-old Ann was probably tending to the latest addition to James Parsons’s family, 4-day-old Samuel. Just over a year later, Ann was dead. She was buried at the same cemetery as her late husband Henry (though not in the same plot), on 26 April 1882. The burial register recorded her abode as 118 Gloucester Road, Peckham, at which address two of her sons, plus her daughter, son-in-law and grandchildren (the Tilley family), were enumerated on the 1881 and later censuses.

Although Ann and Henry Dennis seem not to have led lives of great interest, it is thanks to them that there are living descendants of Captain James Atcherley and Sarah Perkins, at least two of whom have taken an active interest in tracking down their Atcherley ancestors. Indeed, if we trace the Dennis family’s descendants we find several more who kept the memory of James Atcherley alive.

The Dennis surname was not passed down by any of Ann and Henry’s children. The couple had four sons – Henry [

] (1845 – abt. 1924) was the daughter who started the above-mentioned Tilley family, by marrying Henry Edwin Tilley [

Another Tilley line descends to a 3x great granddaughter of Captain James Atcherley, who has done her bit towards the entente cordiale between the countries which fought at Trafalgar by marrying a Frenchman!

The Atcherley name was also perpetuated (after a fashion) by the third daughter of Ann and Henry Dennis, Emily [

] (1851 – 1913). It appears that this couple attempted to honour Emily’s maternal grandfather when they named their tenth and last child. They didn’t quite get it right however, because child number 10 was named Frank Atchley Preston [

]. Close, but no cigar (although, as you will soon see, there is more to tell regarding this Preston family). 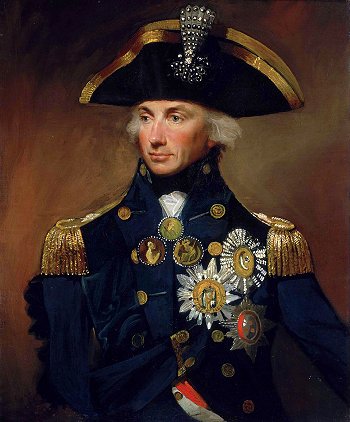 There was greater success with some of Emily and John’s grandsons – a hat-trick in fact. Emily Preston [

Horatio, given as the third forename of Richard Robinson, must of course have been in honour of the architect of Britain’s victory at Trafalgar, Lord Nelson. Appropriately enough, when John Thomas Preston retired from the police force, he moved with his family to Nelson Road in Harrow Middlesex – and ran a beer house named, of course, the Lord Nelson.

The 1911 census shows the occupation of John Thomas Preston as police pensioner / beer seller (own account, at home). Daughters Louisa and Maud were working for a draper. But John’s wife Emily, and their son Frank Atchley Preston, were “assisting in the business”. The historical record therefore shows that while James Atcherley served under Lord Nelson, his granddaughter Emily and great grandson Frank served in the Lord Nelson.

Let us now turn to the sister of Ann Dennis, née Atcherley: Eleonora, who was born on 6 June 1811 in Southwark. I have yet to find Eleonora on the 1841 census, but in 1851 and 1861 she was enumerated with her husband, Bristol-born Robert Meares [

], in Battersea (1851) and then in Chelsea (1861). Robert earned his living as a collector at a steam boat pier; there is no evidence of any children. This all seems perfectly normal, but Robert and Eleonora Atcherley – apparently a respectable married couple in 1851 – were not wed until 15 April 1852!

In describing herself as Mrs Meares when she was not actually married to Robert, Eleonora was only following the example set by her mother, Sarah Perkins, who always told officials (including census enumerators) that her name was Sarah Atcherley. However, this was not the only discrepancy in Eleonora’s marital history. Her wedding to Robert Meares was the third to her name, and the circumstances of the first two are, to say the least, interesting. 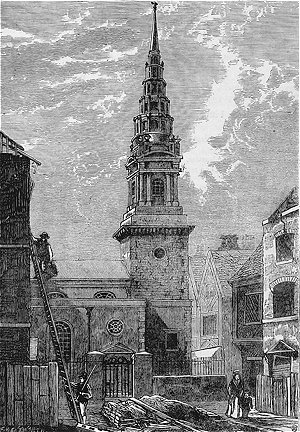 On 27 November 1832, at the church of St Bride in Fleet Street, London (pictured left), “John Wallace of this Parish Bachelor and Eleonara Atcherley of this Parish Spinster” were married, after the calling of banns. Whether Eleonora’s father James attended this event – indeed whether he even knew about it – I do not know, as the witnesses who signed the register were James E Good and Sarah Good (who acted as witnesses for other ceremonies recorded in the same register).

Eleonora went on to plight her troth for a second time on 12 May 1836, at Wells Next The Sea in Norfolk, to James Wemyss, of that parish, a widower. Once again the witnesses, Elizabeth Newsom and John Massingham, were not family members. But the most peculiar thing about the service was that the bride went through it as “Eleanora Atcherley of this Parish, single woman”. It was as if Eleonora’s marriage to John Wallace had never happened.

This oddity has teased me for several years. Thankfully, digitised newspapers at Findmypast have now provided some answers to my questions about Eleonora Atcherley’s marriages. On 5 May 1835, the Morning Advertiser carried the following report:

QUEEN-SQUARE.—Bigamy.—James Weemys, a middle aged man, of a very respectable appearance, was yesterday brought before Mr. Hoskins, charged with bigamy.
Elenora Atcherly, a very interesting looking woman, stated that she was married to the prisoner at St. Bride’s Church, Fleet-street, on 27th of November, 1832. He married her in the name of John Wallace, and they had lived together ever since, in Brook-street, Lambeth. She had since ascertained that he had been previously married, and that his wife was still living; and in consequence of his ill-usage towards her, she gave information of the fact to a police constable.
Thomas Stroud, of the L division, No. 174, produced the certificates of both marriages; and it appeared that he was married to a woman of the name of Mary Williams, on the 2nd of January, 1826, at Newington. On taking the prisoner into custody he did not deny having two wives; but looking sternly at Atcherly, asked her whether she meant it, and she replied that she did, for his ill treatment to her.
The prisoner remained perfectly silent, and Mr. Hoskins ordered him to be remanded, so that the first wife might have an opportunity of appearing against him.

] returned to court eight days later, on 12 May 1835. However, “neither of the wives attended, and the prisoner was discharged, the magistrate remarking that he might be re-apprehended at any future period.” It appears that James was never prosecuted for bigamy – but if he was still legally wed to Mary Williams, his marriage to Eleonora Atcherley was invalid. This gave Eleonora an opportunity to be rid of James Weemys and his ill treatment, but as we have seen, it was on opportunity she did not take. The couple patched things up and went through a second ceremony in Norfolk – a year to the day after James escaped from prosecution.

Was the wedding at Wells Next The Sea any more valid that the one at St Bride’s? James used his real name the second time around, but I can’t help wondering whether he really was by then a widower – the fate of his first wife remains a mystery to me. As does James’s own fate. When Eleonora Weemys, daughter of James Atcherley, tied the knot with Robert Meares in 1852, she stated that she was a widow. However I have not found a death record or burial which I can link with any certainty to her first husband. She took her vows at the altar three times during her lifetime, but was Eleonora Atcherley ever legally married?

The death of Eleonora Meares was registered at Wandsworth in the second quarter of 1866. She was 54. Robert Meares remained in Chelsea, working as a collector for the City Steamboat Company, until his own death, at the age of 67, on 3 January 1875. Administration of Robert’s will was granted, at the Principal Registry in London on 24 March 1875, to the universal legatee – Eleonora’s sister, Ann Dennis.