< Back to The Misses Atcherley and their seaside holidays – Part 2

In today’s online world, good causes clamouring for our cash are everywhere. Charities large and small seek donations to fund projects. Smaller groups and individuals use sites such as GoFundMe or Crowdfunder to process donations. Websites, social media and email are used to publicise these appeals and their progress. Behind all of these initiatives lies the same principle: together, small amounts given by lots of people add up to fund change and do good. The Victorians were as familiar with this concept as we are, but their crowdfunders were powered by committees whose subscriptions or testimonials – plus the names of their contributors – were published in the papers.

The Misses Atcherley of Shrewsbury (Anne [

]) were among those who frequently found funds to give to what they saw as worthy causes. Another development of today’s online world, the digitisation of historic newspapers, means that the lists of subscriptions in which their names appeared are now more readily accessible. Looking at those lists helps us to see what was important to Anne, Hannah and Margaret. 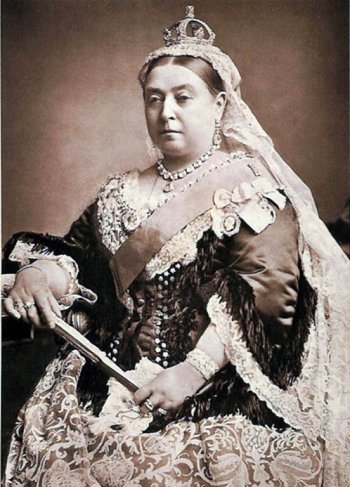 One thing that is clear from the records of their donations is that for the Misses Atcherley, charity began at home. Citizens of Shrewsbury were the beneficiaries of the sisters’ subscriptions, and in some cases specifically people of the parish in which they themselves lived: St Chad’s. Even when it was a national event that they supported, such as Queen Victoria’s Golden Jubilee in 1887, it was to the fund for celebrating and commemorating the occasion in the Borough of Shrewsbury that they subscribed.

By the time of the Jubilee there were only two of the Atcherley sisters left, Hannah having passed away in 1885. The £2 2s. 0d. from 10 College Hill, sent towards a fund which eventually topped £1,500, was therefore from Anne and Margaret only (each contributing a guinea). The first £700 of the sum raised was to be spent on festivities and feasts for Shrewsbury’s school children and the poor. The balance was used to kick-start the building of a public baths for the town as a more permanent memorial of the Jubilee. This project, which eventually cost £8,000, did not come to fruition until 1894 (the baths, though not quite complete, were opened in May that year), by which time Margaret was the only remaining Miss Atcherley. I doubt that she would have used the baths, but a staggering 38,000 visits were made by other people during the first three months so her contribution counted!

Money for a musician

Travelling a little further back in time we can check out some of the other causes the Atcherley sisters cared about. For the most part, as good Christian ladies, they subscribed small sums to support the physical and moral welfare of poor of the parish (or of the town). One gift however, of £1 from Miss M Atcherley (Margaret) in June 1859, was rather different. It was given towards the following:

TESTIMONIAL.
IT is proposed to raise a Subscription in behalf of MR. WALTER C. HAY, as a mark of appreciation of his services, and also to defray in some measure the great losses he has sustained in consequence of procuring such celebrated Artistes for the Concerts in Shrewsbury during the last eight years.
Subscriptions will kindly received by Mr. Nightingale, High Street, Shrewsbury.

Walter Cecil Hay, a talented player, writer and conductor of music, was by 1859 well-established as something of a celebrity in and around Shrewsbury. He gave his “First Grand Miscellaneous Concert” at the Music Hall in Shrewsbury on the evening of Friday 2 January 1852, “under the patronage and sanction of the Right Hon. the Earl of Westmoreland, G.C.B. (Chairman), and the Committee of Management of the Royal Academy of Music”. As the wording of the notice of his testimonial subscription above indicates, Walter organised further concerts over the years that followed, bringing to Shrewsbury a wide range of performers. He was regarded as “a skilful artist and spirited caterer for public amusement.”

Margaret Atcherley may have subscribed to Walter Hay’s testimonial because she had attended, and enjoyed, one or more of his concerts. Another, perhaps an additional reason for her donation may have been the fact that Walter not only entertained but also used some of his concerts to raise funds for the needy. On 7 March 1855 for example, Eddowes’s Shrewsbury Journal reported that it was “glad to see so large an assemblage the first of Mr. Walter Hay’s series of concerts, the proceeds of which he very generously proposes to devote to the relief of the poor.”

Warmth and nutrition in Arctic conditions 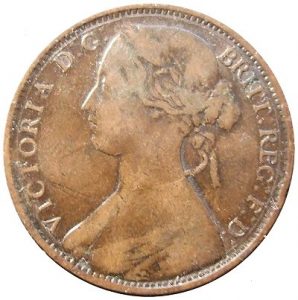 The relief of the poor seems to have been a cause close to the hearts of the Misses Atcherley. The first subscription list in which I have so far found their collective name was one for a soup kitchen in Shrewsbury, in January 1854 (to which the sisters gave a guinea). This was in fact the first time that the citizens of Shrewsbury had come together to provide such a facility for the poor, a move made necessary by the severity of the winter weather. The scheme was publicised in the local press with the following notice:

AT a Meeting held in the Grand Jury Room, Shrewsbury, January 7th, the Mayor in the chair […]
Resolved, That in consequence of the present inclemency of the weather, some measures be adopted for the relief of the poor of this town; and that in the opinion of this meeting the sale of good nutritious soup at the rate of 1d. per quart is the most feasible plan and likely to prove most beneficial.
That subscriptions be entered into for the purpose, and that the Ministers and Churchwardens of each parish be requested to solicit subscriptions to be confined to the distribution of soup, with bread in addition, provided the fund proves sufficient.
That the mayor be requested to act as Treasurer, and the Rev. George Dundas as Secretary, pro tem.
That a subscription list be opened, and the subscriptions received at the bank of Messrs. Burton and Co.

This notice was followed by a list of the initial subscribers; further lists of additional subscribers were published as the winter progressed. Elsewhere in the issue of Eddowes’s Shrewsbury Journal in which I found the above (that of 11 January 1854), it was stated that “the old Talbot Hotel has been procured, as the most central place, for the purpose of carrying out the designs of the meeting. The establishment will be opened to-day, when a quart of good soup will be supplied to all comers for one penny.” The next article reported on the weather which had prompted the inauguration of the soup kitchen:

The Snow Storm.—So far as we can learn, the effects of the recent snow storms have not been so disastrous in this neighbourhood as in many other parts of the country, though causing serious interruptions in mercantile affairs. The face of nature has now been covered with a garb of white for about a fortnight, which, however, has been materially lessened by the thaw since Saturday last. On Wednesday we experienced a heavy wind accompanied by a somewhat light fall of snow, but the drifting of the latter was very great.

Travel by road and particularly by rail was greatly disrupted, with the Journal noting: “Many years have elapsed since the weather had so much stagnated business; and it is gratifying to observe that the charitable are exerting themselves to alleviate the distress of the poor during this inclement season.” That distress was caused directly by the weather, and indirectly by its effects on business – many of the poor found themselves without work at the very time when they needed money for food to survive the effects of the cold.

On 3 February 1854, Shrewsbury’s soup kitchen committee resolved that: “In consequence of the continued high price of provisions, and the great and acknowledged relief conferred on the suffering poor by means of the Soup Kitchen, that it be continued open for some weeks longer.” Nearly 500 quarters of soup per day were being distributed at that time. Thankfully for all concerned, the weather eventually improved and on 3 March 1854 the committee resolved that: “In consequence of the increasing mildness of the weather, that the Soup Kitchen be closed for the Season.” Over the weeks that it had operated, the soup kitchen had spent £146 1s 7d, and received £170 15s 1d. The latter amount included £56 3s 3d for the sale of the soup – which, if my calculations are correct, represented 13,479 quarts.

The balance remaining from the 1854 subscription was used to start another in February 1855, when Shrewsbury’s life-line for the poor was opened once more. Eddowes’s Shrewsbury Journal opined: “Well-timed and seasonable, indeed, is the re-opening of the soup kitchen now that provisions are so dear and work scarce.” The list of additional subscriptions printed in the Journal of 14 February 1855 included a guinea from “Miss Atcherley”, possibly in error for The Misses Atcherley or Miss Atcherleys. This entry was preceded by one for the “Miss Darwins”, Susan Elizabeth and Catherine Emily (a.k.a. Emily Catherine), of Frankwell, sisters of Charles the naturalist. I have noticed that one or both of the Darwin sisters often subscribed to the same causes as their Atcherley counterparts. 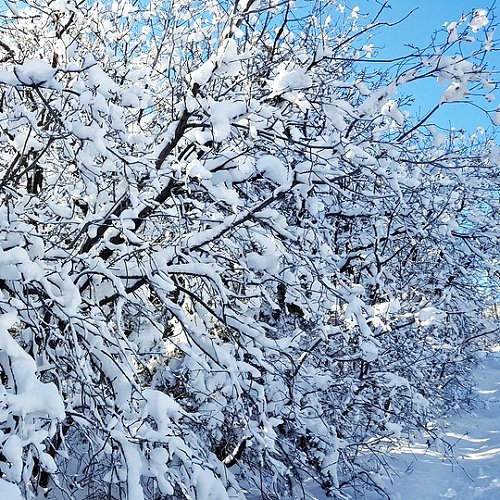 As the month of February 1855 wore on the weather worsened. “The long-continued severity of the weather, and great numbers out of employment” caused the number of days of soup distribution to be increased from three to five. A Relief Fund, for “assisting and relieving the poorer classes” of Shrewsbury, was also set up. “Mesdame Atcherley” (probably another misprint, this time for Mesdames Atcherley) contributed a guinea to this fund too. Their donation, in conjunction with many others, enabled the Relief Fund to distribute to the poor “tickets available for one shilling’s worth of coal or provisions, at the option the person holding the ticket”. Ultimately, £111 5s 6d was spent on coal and £184 12s 6d on provisions.

The Misses Atcherley also contributed to many other crowdfunding campaigns which provided for the poor. On the medical front, they were annual subscribers to the Salop Infirmary (increasing the amount they gave from two guineas to three in August 1860). Anne and Hannah topped up a testimonial to Mr H Fenton by a guinea apiece when he retired as that institution’s surgeon, after 12 years, in 1866. And a very generous £10 was given by the sisters in 1876 to the building fund of the Shrewsbury Eye, Ear, and Throat Hospital.

These were all good Christian causes, and it was their commitment to the church which inspired much of the Misses Atcherley’s giving. But we have only seen a part of this aspect of their lives so far – there is much more to explore.

> On to The Misses Atcherley and the Salop Penitentiary – Part 1

Copies of all newspaper pages below viewed at the British Newspaper Archive unless otherwise stated. See also references for previous stories about the Misses Atcherley.