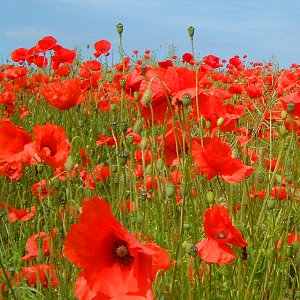 ask me where I’ve been,
And what I’ve done and seen.
But what can I reply
Who knows it wasn’t I,
But someone just like me,
Who went across the sea
And with my head and hands
Killed men in foreign lands…
Though I must bear the blame
Because he bore my name.

One hundred years ago, in the Summer of 1914, the world was plunged into a global conflict, known for many years as the Great War and later as the First World War or World War One. Four long and bloody years after it began the war was brought to an end, on 11 November 1918, by the signing of the armistice between the Allies and Germany.

Millions of people died in this first World War. Many of the names of those who gave their lives are inscribed on gravestones or memorials, and printed in Rolls of Honour. Miraculously, the surname Atcherley appears in neither stone nor print amongst the ranks of those who fell. Those Atcherleys who went to war were somehow spared from death – they all came back, most likely (as the poem above suggests) with memories of sights, sounds and deeds that we can barely imagine.

Of course, the impact of the Great War was not confined to those who served with the armed forces. Many of those left behind did what they could on the ‘home front’ to support the war effort, while waiting anxiously for family members, relatives and friends to come back. Some of the Atcherley family’s kin did not make it: sons, grandsons and other descendants of women who lost their Atcherley surname by marriage were among those whose names were inscribed on memorials.

To mark the centenary of the First World War I am updating, and adding, stories of some of the Atcherleys and Atcherley descendants who were involved, whether as combatants or in other ways.

Henry Atcherley enlisted in 1915 and when he was later called up, he was soon transferred from the King’s Shropshire Light Infantry (KSLI) to the Devonshire Regiment. He is one of the few for whom WW1 service records have survived.

Samuel Atcherley joined the KSLI several years before the outbreak of the Great War. Although his service records have not survived I have been able to find out much about his life before, during and after the war.

John (Jack) Atcherley, a cousin of Samuel and brother Henry above, also joined the KSLI before the outbreak of war. He served in a different battalion, but like Samuel and Henry, he too was wounded.

Douglas Robert Atcherley, who had served briefly with the Manchester Regiment in 1904-5, enlisted with the Kings Liverpool Regiment in 1914. Surviving records indicate that his service was not without incident!

Charles Hedley Atcherley had emigrated to Canada, but after the outbreak of WW1 he joined the Fort Garry Horse Regiment, which later became part of the 6th Battalion, Canadian Expeditionary Force. A Lance-Corporal, Hedley (as he was known) was awarded the Distinguished Conduct Medal as a result of “conspicuous gallantry and devotion to duty.”

Jack Rowland Atcherley had also emigrated prior to 1914 but came to the defence of his homeland after war broke out. He was born in London but later made his home in Australia. In 1914 he enlisted with the 13th Battalion of the Australian Imperial Force at Brisbane. His war wounds and the treatment he received for them were later to be blamed for more than one post-war crime.

Dr John Atcherley was another emigrant who answered the call to arms. After many years in Hawaii and a brief spell in San Francisco, John and his family were living in Vancouver at the time of the First World War. Though his service records have not been made public, other sources have revealed the amazing wartime story of John’s epic voyage around the coast of North America and beyond.

Dr John Atcherley’s wife and children, Mary, Sybil, John junior and Lani Atcherley, made their own unique contribution to the war effort in Vancouver. Their story is told in An Atcherley family’s World War One: The Canadian Home Front.

Llewellyn William Atcherley, CMG, CVO, of the Army Service Corps, had an important role to play in the war effort and by the end of the conflict he had risen to the rank of Major General.

William Clive Atcherley, with his three brothers Eric Graham, Robert Clifford (Cliff) and Major Cecil Atcherley, all enlisted with the Royal Engineers in August 1914, though their paths diverged as the war progressed. Their story begins with Brothers in Arms: Four Atcherley siblings in World War One (Part 1).

Ethel Mary Atcherley, sister of the above ‘brothers in arms’, also served her country in the Great War, tending to wounded soldiers at Queen’s Hospital, Birmingham. Her work was recognised with the award of the MBE.

Although none of the Atcherleys named above were killed during the Great War, the same cannot be said for some of the soldiers who were sons or grandsons of Atcherley women. In Atcherley descendants who fell in World War One, I commemorate those who did not survive the war: Henry Palin, Edward Henry Steventon, Tom Atcherley Pugh, Thomas Henry Benbow and Edwin Benbow. One son of an Atcherley woman who fought and survived – despite his plane being brought down by German forces – was Roy Atcherley Vosper of the Royal Flying Corps / RAF.

Finally, a number of shorter Atcherley family stories from World War One can be found gathered together on one page.

Picture credit. Poppies: Both images adapted from Poppies, Papaver rhoeas, in field between Kelling and Weybourne, North Norfolk, England by John Beniston, sourced  from Wikimedia Commons, and used under a Creative Commons Licence.