Ever since the time when the German government announced the intention of forming an Air Force, the expansion and development of that force has been a matter of the highest interest, not only to all keen officers in the R.A.F., but also to everyone in England. So many conflicting reports and wild rumours are current concerning the air power of Germany, and the opinions of members of the Government itself seem strangely at variance, that both Atcherley and myself determined to try and find out for ourselves something about the German Air Force, its personnel, its aeroplanes and how its methods of expansion compared with those of this country.

Following the First World War, Germany’s air forces were dissolved under the terms of the Treaty of Versailles.  Under Nazi rule in the 1930s however, the Versailles Treaty was repudiated and on 26 February 1935 a new German Air Force – the Luftwaffe – came into being.

] – known to his friends and fellow officers as Dick or Batchy – was at this time a test pilot at the Experimental Station of the Royal Aircraft Establishment (RAE) at Farnborough in Hampshire. Squadron Leader Herbert Victor Rowley was based at the Aeroplane and Armament Experimental Establishment (A&AEE) at Martlesham in Suffolk. Undeterred by the fact that neither of them could speak German, the two officers hatched their plot to travel to Berlin, in their own time and at their own expense, to satisfy their curiosity about the new German Air Force.

Although their visit was unofficial, Atcherley and Rowley travelled to Germany with the RAF’s permission, and while there they liaised with (and received support from) the Air Attaché and Assistant Air Attaché in Berlin. Although he was the junior officer, Richard Atcherley was essential to the success of the ‘mission’. Rowley acknowledged that it was Atcherley’s “natural genius for making friends [which] was largely responsible for our success in getting into touch with many people in the German Air Force and in the German aviation industry.”

The two officers left England on Tuesday 6 October 1936, and returned just over a week later on Thursday 15 October. Transport for the journey was a Percival Gull aeroplane (an example of which is shown in the photo below), which was loaned for the purpose by “our good friend Mr. Robert Blackburn.” (Blackburn had given Richard Atcherley an engineering apprenticeship with his aeroplane company in Leeds back in 1921.)

Rowley’s 44-page type-written report on the trip was prepared “in conjunction with” Atcherley, and R L R Atcherley’s signature appeared after Rowley’s at the end of the document. There can be little doubt however that Rowley was the sole author. He noted that “Since this visit was unofficial so is this report, and much of it is written for my own amusement.”

The main body of the report took the form of a diary, recording not just the visits made to aircraft factories and air force establishments but also the many marvellous luncheons and evening entertainments which the two officers attended. Thus the report, originally secret but now available to all at The National Archives in Kew, enables us to share in the amusement that Rowley (and Atcherley) experienced.

On the RAF officers’ first full day in Germany, for example, Atcherley and Rowley had lunch with the Air Attaché, Group Captain Don, at the Haus der Flieger or Aero Club (formerly the old Prussian Parliament in the days “before Germany decided that parliaments were a waste of time, but an Aero Club was a necessity”):

We were overjoyed to notice that the spirit of old Germany still persists for in this modern club the lavatory is equipped with a most excellent vomitorium fitted with chromium plated bars for hand grips. Evidently the German Air Council has a reasonably broad-minded view of the drink question. 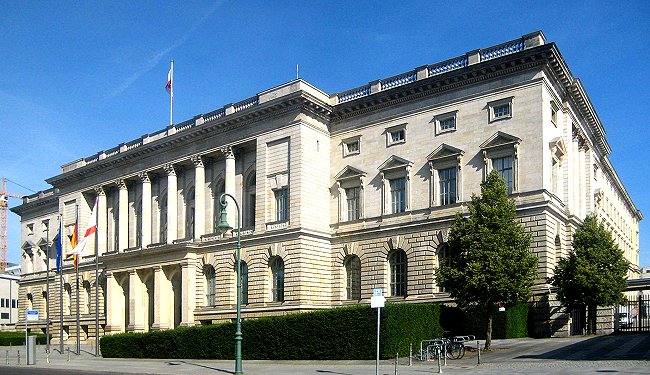 There was another reason for the inclusion of seemingly superfluous detail of the trip in the report. The diary was followed by several pages of “deductions and conclusions”. Rowley explained that he felt it was important to say “what one did during the visit, as otherwise little credence may be placed in such deductions and conclusions.” He also felt that it was necessary to show those in authority that RAF officers going abroad were not doing so “with the fixed intention of first of all flying over all prohibited areas, secondly landing on all prohibited aerodromes, and finally spending his time on the ground in the local brothel.”

The first two of those fears, if they were indeed held by senior staff, were possibly justified when one of the officers travelling abroad was Richard Atcherley! As for the third concern, Rowley reported that on the evening of Sunday 11 October:

Dick Atcherley made immediate friends with Achtenberg, who afterwards proved most useful to us and is a most likeable sort of chap. We returned to the Eden for tea which, incidentally, is one of the few places in Berlin where one can see reasonably pretty girls.   Achtenberg kindly offered to supply us with any we liked, but we replied that, although we thanked him kindly, we would sooner have a cup of tea.

Incidentally, the foregoing very British response to Herr Achtenberg’s offer, and the fact that Richard Atcherley never married, should not be taken to mean that Batchy did not have an eye for the ladies. I say this because Rowley’s diary for Friday 9 October concluded as follows:

In the evening we were driven back to Berlin and were entertained to supper by Dr. Merkel at the Wintergarden. Dr. Merkel produced a very attractive niece who evidently created a certain impression on Atcherley who not only invited her to fly in the Gull, but also later in the evening stated that he thought intermarriage between the two nations would be an excellent thing and should be encouraged.

Richard Atcherley’s “natural genius for making friends” was enhanced by the fact that he had a twin brother, David, who was an equally popular RAF officer. During the above-mentioned lunch at the Haus der Flieger on Wednesday 7 October, our airmen met Colonel Hannesse of the German Air Intelligence Service. Hannesse “had met David Atcherley and consequently gave a very effusive greeting to his brother, a very excusable mistake with the Atcherley twins.”

Hannesse proved to be a useful contact, one of many made during the luncheons, dinners and parties which Atcherley and Rowley attended. He did not however provide the RAF officers with their desired visit to the Heinkel aircraft works at Rostock, despite Rowley’s best efforts to secure this during a party on the evening of Monday 12 October. No matter – at the same party, Richard Atcherley had made the acquaintance of Prince Henry Reuss, a major in the German Air Force. Rowley wrote:

Finally I signalled failure to Dick who by this time had got the Prince in a fairly old and mild condition.   The Prince rallied at once, fetched along General Wennegen, who seemed quite pleased to meet me again, and in a few moments had arranged, with the consent of Group Captain Don, to have us flown out to Rostock in company with Count Beissel next morning. 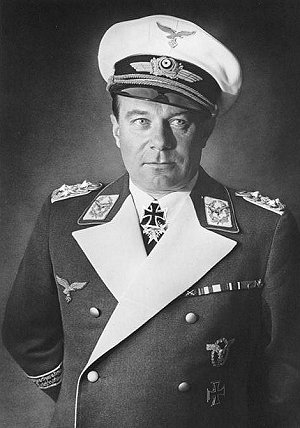 There was one senior figure in the German Air Force with whom Richard Atcherley was already well acquainted. Ernst Udet (pictured right) was the second-highest scoring German air ace of World War One, and by 1936 he was director of research and development for the Luftwaffe. He and Atcherley had first met in Egypt and later in London, and both attended the National Air Races in America as stunt pilots in the early 1930s (see A Day at the Air Races (Part 1) for Richard’s 1930 visit). On Thursday 8 October Atcherley and Rowley had lunch with Udet and Dr Merkel (whose niece impressed Atcherley the following day) at the Esplanade Hotel. “Udet arrived in full uniform, blazing with medals,” wrote Rowley, who went on to say:

Udet is indeed a colourful personality.   It rather surprised me that this man, who is the most famous of the pilots of the old Richthofen Squadron left alive today, and who for years has been making a living as an aeroplane pilot, should now hold a post of such responsibility. However, in spite of a certain wildness and a stubborn refusal to assume the solemn airs of a high staff officer, he is clearly a man of intelligence and ability … He is of course an old friend of Atcherleys …

I have to say that I see something of Richard Atcherley himself in Rowley’s description of Udet, so it is no surprise that these two men were such good friends.

Ultimately, the schmoozing and networking paid off and Atcherley and Rowley did get to see for themselves something of the German Air Force’s personnel, aeroplanes and methods of expansion. What they saw led Herbert Rowley to draw some stark conclusions.